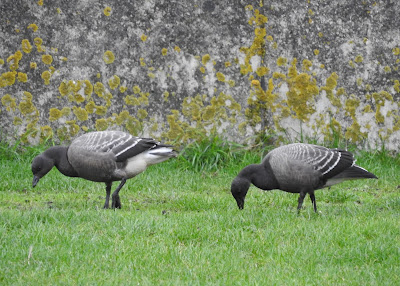 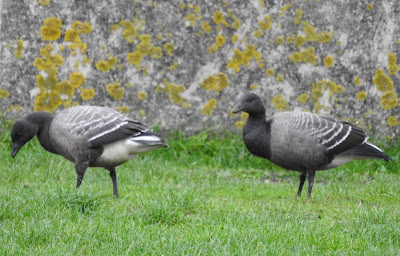 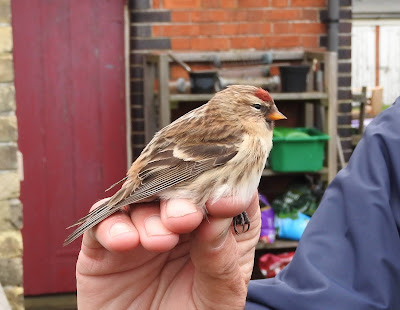 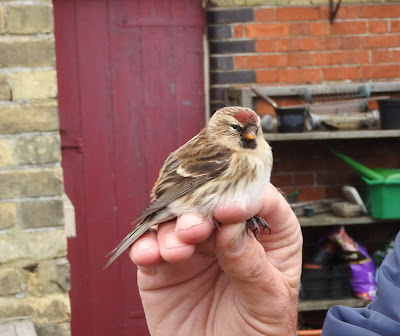 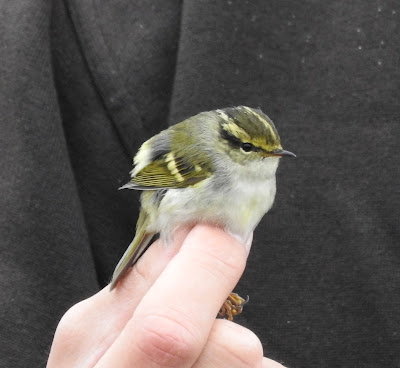 Pallas`s Warbler
Posted by Paul Trodd at 11:20 No comments:

Wed - cool, cloudy, n3 - A check of the local patch at Lade revealed very little apart from a few tardy Swallows on their way south, plus incoming Goldfinches, Skylarks, Meadow Pipits and a Grey Wagtail. A scattering of Chiffchaffs were in the bushes by the ponds with Goldcrests calling from the pine trees around the caravan park. 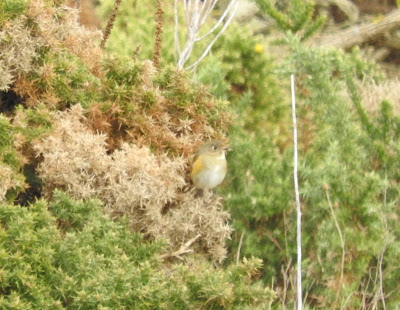 News from Dungeness commenced in the morning with the location of a treecreeper found by Stephen Message that was eventually confirmed as a Short-toed Treecreeper and showed on and off throughout the day in the old lighthouse garden, and was the fourth this year here following three in spring. However, that was soon eclipsed when in the afternoon Sam Perfect found the bird of the autumn so far in the gorse scrub by the Polish war memorial, a stunning Red-flanked Bluetail which was much appreciated by local and visiting birders alike. The last one was ten years ago along Dengemarsh Road. Check the DBO website and Ploddingbirder blog for photographs. 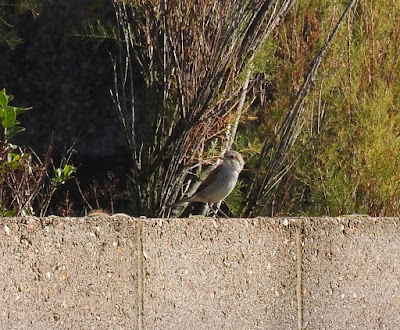 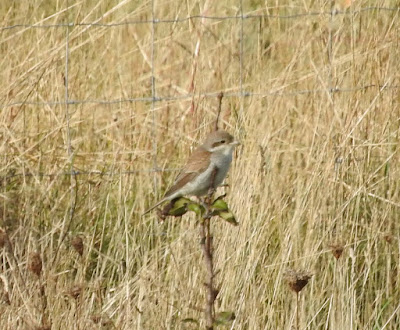 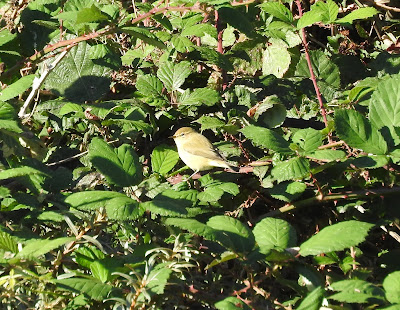 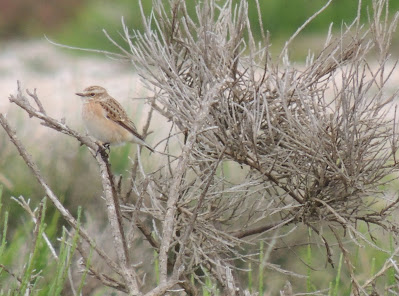 Lade - wet and mild, e 5 - On the local patch this week there has been a noticeable increase in finches passing overhead early morning, particularly Goldfinches and Siskins and even a few Redpolls. Grey Wagtails and Meadow Pipits have also been noted in good numbers. At low tide the bay continued to attract up to 100 Sandwich Terns and small flocks of Wigeon and Shelducks amongst the usual waders. On Thursday a White Stork dropped in behind the `mirrors`. Elsewhere this week an American Golden Plover was briefly located within the Golden Plover flock on ARC, while several Cattle Egrets and two Glossy Ibises graced the fields at Boulderwall. Flyover Lapland Buntings were reported in the week and a Yellow-browed Warbler proved elusive in the trapping area today. With wet and windy weather from the south forecast for the weekend, seawatching may prove worthwhile.

Dungeness - cool, cloudy morning, nw 3, warm and sunny afternoon - A day in the field with Andrew and Andrea commenced with a seawatch from the hide where at least three Arctic Skuas were operating offshore against the Sandwich Terns, plus Common Scoter, Kittiwake and a few passing Gannets. Two Black Redstarts showed well by the Patch hide, while 10 House Martins hawked for insects in the lee of B Station. Plenty of Chiffchaffs were in the bushes around the moat, plus Stonechats, two Wheatears and a Song Thrush. At the Obs staff were busily ringing Meadow Pipits, and a male Peregrine sat atop one of the pylons. Moving onto Lade where the usual wildfowl and grebes were complemented by a small flock of roosting Bar-tailed Godwits and Knots. On the bay from the Tavern viewpoint hundreds of Oystercatchers, Curlews, Bar-tailed Godwits, Black-headed and Common Gulls on the sands, plus four Grey Plovers, 10 Shelducks, Sanderlings, Dunlins, Ringed Plover and 50 Sandwich Terns. 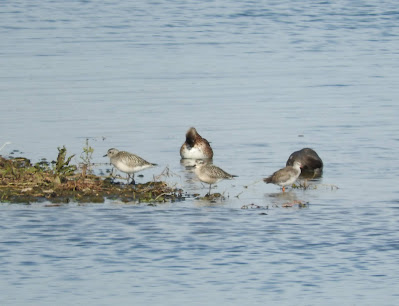 On the bird reserve the circular walk is now open seven days a week from 10am - 5pm and the shop open until 4pm. There was very little on Burrowes with two Grey Plovers and a Redshank the highlight amongst the usual wildfowl, gulls and Cormorants. The new track from the access road to the New Diggings viewpoint yielded a Marsh Harrier and Black-necked Grebe, while on ARC a flock of 150 Golden Plovers was the highlight. Also noted around the reserve plenty more Chiffchaffs, vocalising Water Rail, Cetti`s Warbler and Kingfisher, two Great White Egrets, eight Pintails, Garganey, several Kestrels, Green Woodpecker and a Clouded Yellow butterfly.