Orlestone Forest - Cool, cloudy, ne 3 - En-route to the woods we paused at New Diggings where the Slavonian Grebe showed well. We spent most of the morning in Faggs and Park Woods racking up a decent list of woodland birds including nine singing Nightingales across both sites, two Garden Warblers, four Willow Warblers, Cuckoo and plenty of Blackcaps and Chiffchaffs. Also noted, Nuthatch, Treecreeper, Great Spotted and Green Woodpeckers, Long-tailed Tit, Bullfinch and, surprisingly, a female Siskin. At Kenardington bridge a Sparrowhawk nipped over while a Yellowhammer showed well, being the only one noted during a drive across Walland Marsh searching for Turtle Doves, which we failed to find. 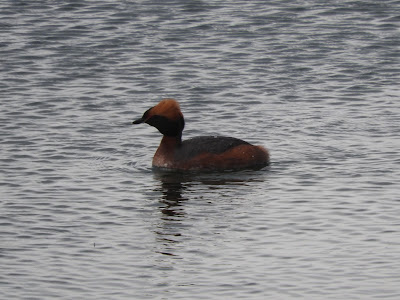 Scotney - All the usual Yellow Wagtails, Corn Buntings, Avocets, feral geese and the like here, plus 100 Swifts through, two Greenshanks, two Common Sandpipers, Marsh Harrier and a Hobby. The Black-headed Gull colony outback had presumably failed as the nesting island was abandoned.
At Lydd a circuit of the range road produced two Stonechats at Galloways. From Springfield Bridge another Hobby and a family of Greylags fending off a Marsh Harrier attack.
Throughout the day across the Marsh we must`ve seen at least 12 Kestrels. 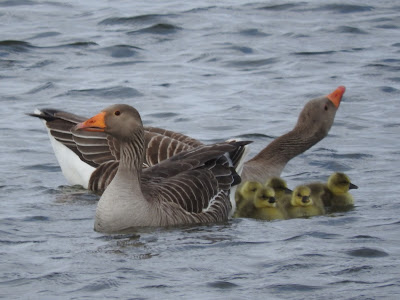