Lade - warm, dry and cloudy, sw 4 - A pretty decent overnight catch in the garden moth trap included a Bloxworth Snout, new for the trap site, plus either a Lesser Treble-bar/Treble-bar  awaiting confirmation. 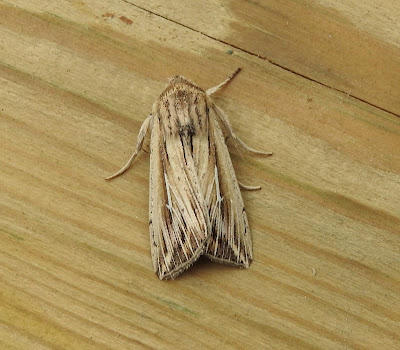 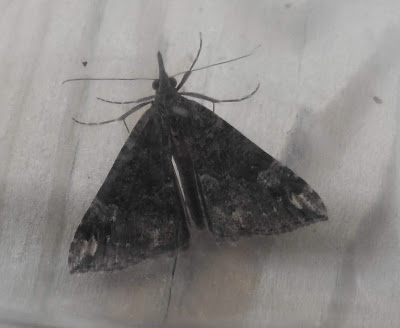 On the local patch 80 Curlews were counted going to roost off the bay, but we missed the majority already out on the shingle. Around the ponds a scattering of Chiffchaffs and at least one Lesser Whitethroat. Around 1,000 Black-headed Gulls roosting on north lake contained at least 10 Mediterranean Gulls.
A 30 minute seawatch from the hide produced a steady trickle of Sandwich Terns and Gannets west, plus 10 Common Terns, Black Tern, Arctic Tern, Kittiwake and a Fulmar. 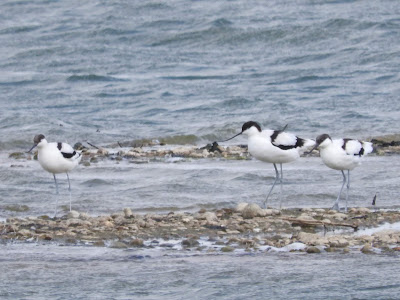 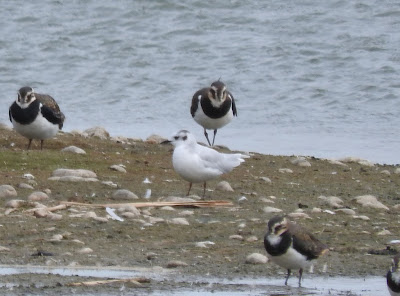 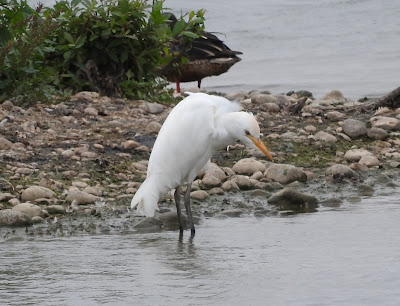 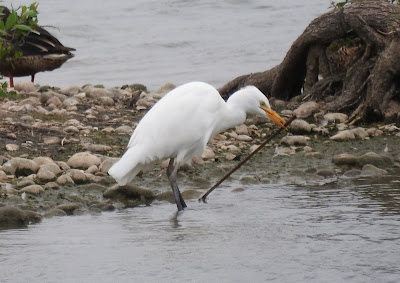 Moving onto the ARC where a Wryneck was seen along the track to Hanson hide (probably last weeks bird from over the road?), three Avocets were new in along with four Snipe, two Greenshanks,19 Dunlins, four Black-tailed Godwits, two Knots, Ringed Plover, Garganey, Cattle Egret and Little Gull. There was no sign of any Ruffs for the first time in weeks.
We completed the Birdwatching Break for Clare and Peter on 105 species with a good range of waders, seabirds and passage passerines the highlights.
Posted by Paul Trodd at 10:32