Dungeness - hot, dry and sunny, light airs - A superb day in the field with Sally and Stephen commenced at the point with a seawatch from the hide where the highlights were two small flocks of Common Scoters and our first three Brent Geese of autumn. On the land we had a scattering of passage migrants such as five Black Redstarts (inc a cracking singing adult male), three Wheatears and Stonechats, plus Meadow Pipits in the hand, outward bound Swallows, Yellow and Grey Wagtails, two Sparrowhawks and four Kestrels. 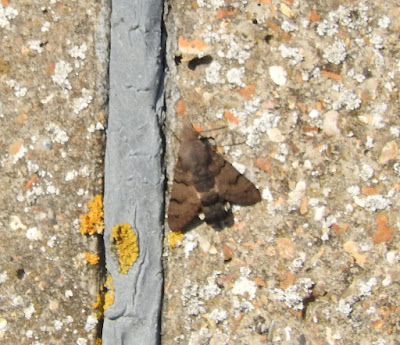 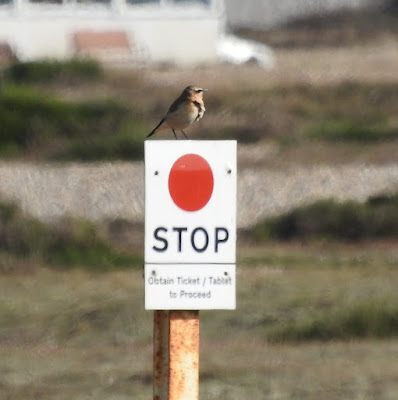 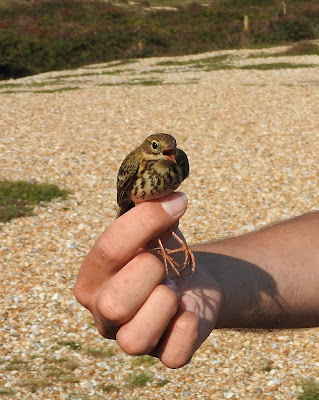 At the ARC we had protracted views of a Bittern that flew across the lake and landed close by in full view for 30 minutes or more. Also, three Great White and two Little Egrets noted along with the `resident` Glossy Ibis, plus Little Stint, Ruff, two Snipe,100 Golden Plovers, 10 Common Terns, three Pintail and a host of common wildfowl in eclipse plumage. The bushes yielded Chiffchaffs, Lesser Whitethroat and a Goldcrest. It was quieter over the road on Dengemarsh although a smart juvenile Hobby flew over Hooker`s, while we mopped up the last of the heron tribe with two Cattle Egrets at Boulderwall. Also noted several more Chiffchaffs, Cetti`s Warblers, Blackcaps, Reed Buntings and a Garden Warbler by the return trail style. Moving onto the bay where 30 Ringed Plovers, 10 Knots, Sanderlings, Dunlins, Curlews and 100 Sandwich Terns noted. We finished off with a seawatch at the fishing boats with a steady flow of Sandwich and Common Terns, a few Gannets, five Arctic Skuas and a smart juvenile Little Gull;  Grey Seal and several Porpoises also present. Despite the hot weather we eventually rattled up a respectable 103 species of birds for the day.