Lade - cold, dry, cloudy, ne 5 - After a day in London yesterday it was good to get out and about around the local patch and clear the tubes of the foul air, albeit with a biting north-easterly rasping in off the sea - a proper winters day! It didn't seem to deter the kite-surfers though who were out in force, while Barney just loves this type of weather; it`s what his breed was made for in the North. 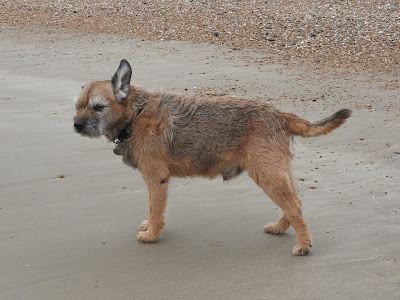 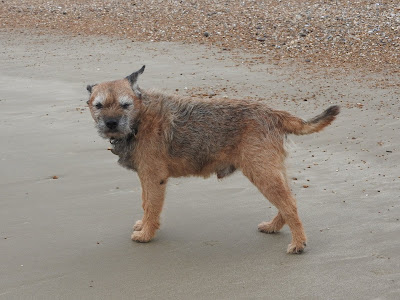 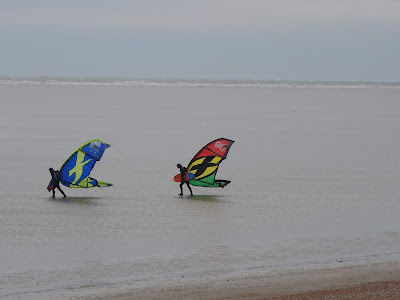 We checked the tide line down to Greatstone and back in search of Snow Buntings and the like, but could only manage to find a few Turnstones, Starlings and a Pied Wagtail foraging in the wrack. Some of the waders were constantly on the move due to a combination of kite-surfers and some moron with an uncontrollable Staffy Terrier chasing the larger shorebirds. Two Shelducks came in high off the bay as we left the beach at the boardwalk.
On the lakes a Goldeneye was the only duck worthy of mention, but a large mixed passerine flock roving the sallows around the ponds took some time to check through, the highlights being 21 Long-tailed Tits and two Chiffchaffs. Another late afternoon look at the farmland behind the `mirrors` for owls drew a blank, although a light drizzle had set in which didn't help.
Elsewhere this weekend across the Dungeness peninsula there wasn't much change to the birding scene, although the Cattle Egret flock at Boulderwall had increased to four birds. For gull afficiandos high tide at Burrowes and the Patch attracted the usual assortments of Caspian and Yellow-legged Gulls amongst the throng, while several Short-eared Owls have been noted in the Lydd ranges and Galloways area. The first four Bewick`s Swans of winter were reported on Walland Marsh from a field near the Woolpack, Brookland (NB).
Posted by Paul Trodd at 11:27