Lade - warm, dry and sunny - At last a decent day of weather with warm sunshine and light airs throughout as high pressure moved in. There was no real change over the pits with just the usual ducks on the lakes and several Chiffchaffs attached to tit/finch flocks around the ponds. We checked Mockmill late this afternoon for owls, but drew a blank, although several Marsh Harriers flew through to roost over by the bird reserve, and as dusk approached hundreds of Woodpigeons and corvids also came to roost. 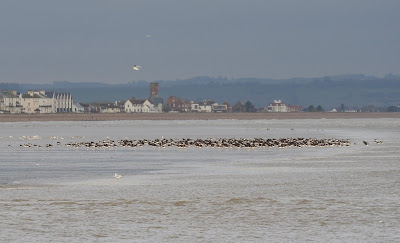 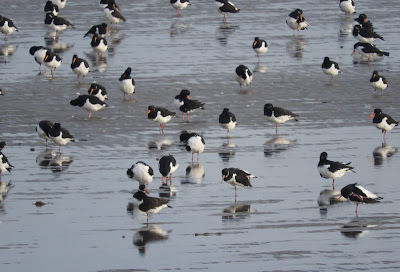 Spent some time these past two days on the beach counting waders where 11 species have been logged across the bay. Yesterday I managed to time it such that the tide had gathered the Oystercatchers into two tight flocks affording a reasonable accurate combined count of 760 birds.
The light was also spectacular yesterday afternoon looking south to Dungeness. 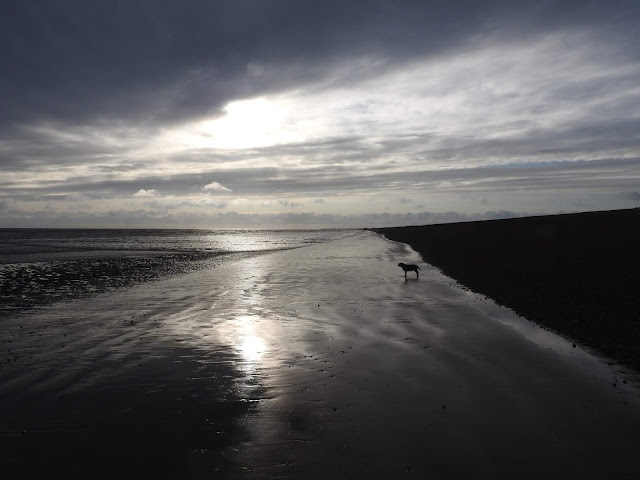