Lade - cool, dry and windy, sw 5 - Mercifully the weather changed over the weekend ( I don't like it too hot, and neither does Barney) with cooling winds off the Atlantic and a couple of fronts delivering a dribble of rain to the windswept landscape. I ran the garden moth trap on Friday night before the wind picked up and it was a pretty good catch with 26 species of macro, including another Sussex Emerald, an Elephant Hawk-moth (only the 2nd this summer) and Bird`s Wing and Knot Grass new for the year. 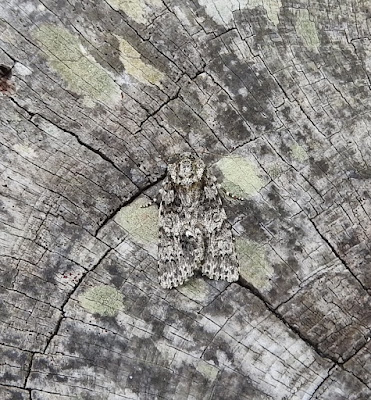 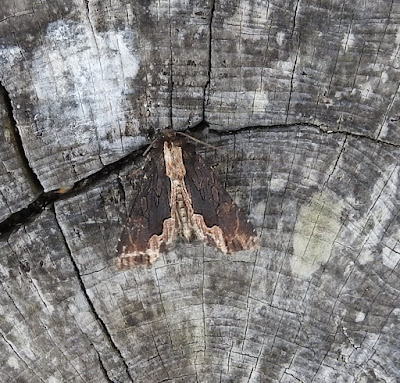 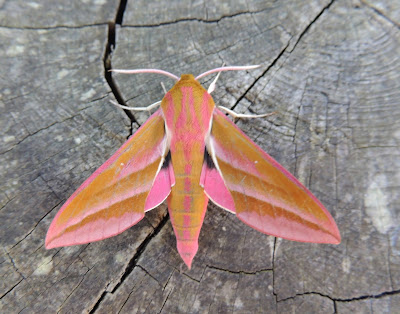 Swifts have been the dominant bird across the weekend with a steady trickle over the local patch as they come down to hawk insects. Little Egrets have started to reappear after their spring absence with three in the shelter of the willow swamp where a Cuckoo was still active. Four different Marsh Harriers were noted outback: an adult male and female, plus two first year birds. I haven't seen any juveniles on the wing yet, although it is still a bit early with mid-July being their normal fledging period.
Yesterday afternoon we checked out ARC where the Gull-billed Tern was still present at the south end, and attracting a steady flow of twitchers to what is a desperately dangerous viewpoint along the causeway road. I watched it through the `scope at some distance, but in safety, whilst watching the Black-winged Stilt and a Green Sandpiper from the water tower end of the lake (both the tern and the stilt were present today). An hour at the fishing boats staring out to sea delivered several passing Common and Sandwich Terns, Mediterranean Gulls, a Fulmar and a minimum of 200 coasting Swifts, plus two Harbour Porpoises. 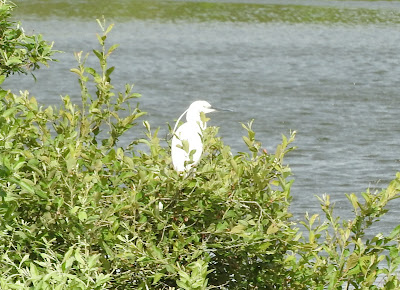 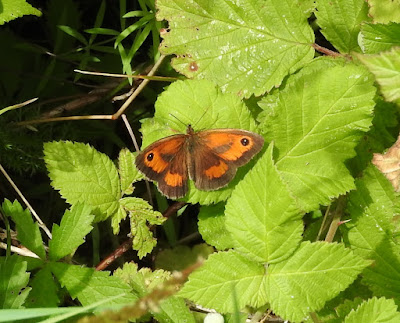 In a `normal` year we would be preparing to go to our first music festival of summer next week at the New Forest, but of course all that has changed. So, it was good to see and hear the Glastonbury coverage across the BBC this weekend which made up for the loss in some small way. Johnnie Walker`s Sounds of the 70`s Glasto show this afternoon was superb, while we`re both looking forward to the David Bowie set from 2000 this evening. Happy listening to music fans wherever you maybe!
Posted by Paul Trodd at 12:31