Jack Snipe in the Snow

Lade - 1200hrs - Cold, overcast, misty, snow, ne 2 - The much forecast snow finally arrived around day break and continued for most of the day delivering about 4" of standing snow; although it did feel milder due to lighter winds. One of the pre-requisites for moving down here seven years ago was to be within walking distance of a decent local patch and today certainly proved its worth as the car remained firmly on the driveway while Barney and I tramped the snowy wastes.
Due to the light airs much of south pit was frozen over but there was still plenty of diving duck out in the middle, including 3 Goldeneyes. Two Water Rails were picking their way along the margins and a flock of tits worked away deep within the snow covered gorse. The ponds delivered 3 Common Snipes and then at the north end a Jack Snipe, the first I`ve recorded here. More ducks were on north pit including 25 Wigeon and a Smew and several small flocks of Fieldfares and 10 Skylarks flew in off the bay. We then cut down to the beach to search for the reported 2 Snow Buntings (OL) at the Varne but without success. However, walking back along the beach beside the dunes 2 Reed Buntings and a Rock Pipit were noted feeding on marram grass seeds, before a blizzard set in as we headed for home.
The only other news was of a Waxwing feeding in a private garden on the Dungeness Estate. 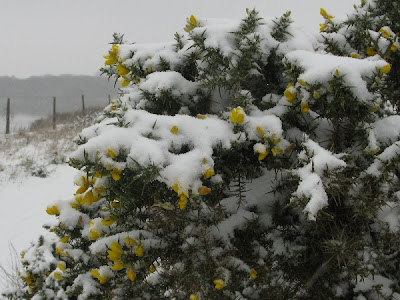 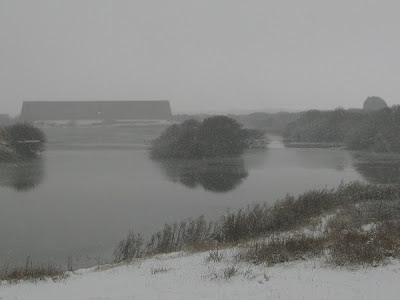 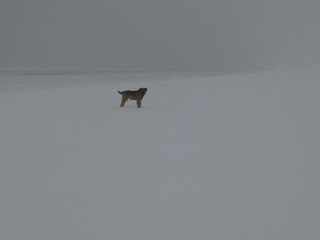 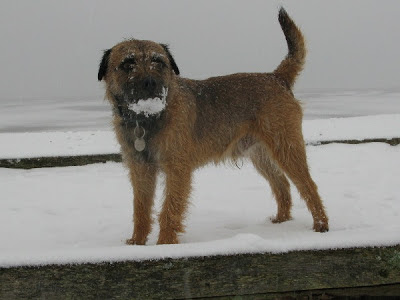