Traditionally a quieter season for birds, the early part of summer can be memorable for a rich variety of alternative flora and fauna. As I always attempt to have at least one day a week without using motorised transport this day in June typified one of my favourite kind of summer ramblings.

It had been a muggy night with low cloud cover and light airs, perfect infact for moth activity, and indeed the garden mv was stuffed to the gills with a host of macros and micros, beetles and other flying insects. Sifting through the gaudy hawk-moths I came across a couple of old favourites in the form of a snowy White Ermine and the localised White Spot, plus a migrant Bordered Straw that was new for the trap, but expected as others had already turned up in moth traps across the peninsula.
By mid-morning our B&B guests had departed and with the sun breaking cover it was time for a wander out back. The storm beaches were smothered in wild flowers of every kind as the sunshine opened petals of stonecrops and dolly belles. Tall, pink foxgloves contrasted with purple bugloss and sulphur broom, while vetches and trefoils attracted a myriad of Small Heath and Common Blue butterflies. 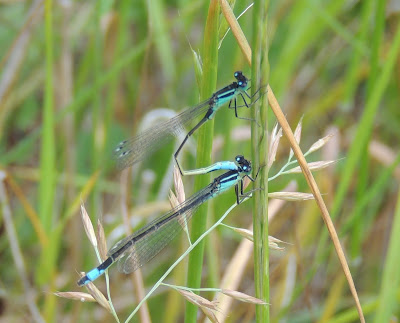 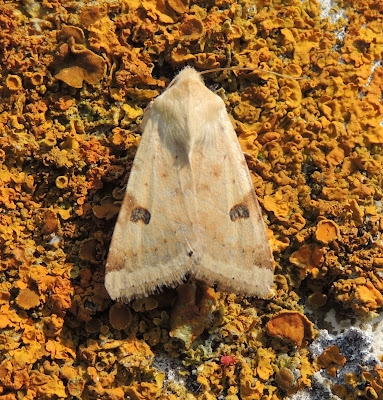 At the ponds the humidity level was high as the sun beat down on bare pebbles luring scores of newly emerged dragons and damsels into life, including several Four-spotted Chasers and Emperors. Marsh Frogs laughed loudly, a Grass Snake basked atop matted water weed and a myriad of invertebrates burst forth taking advantage of the hot micro-climate between bund and willows. Great swathes of Valerian and thick patches of honeysuckle attracted swarms of honey bees along with Red Admirals, Painted Ladies and Small Tortoiseshells. 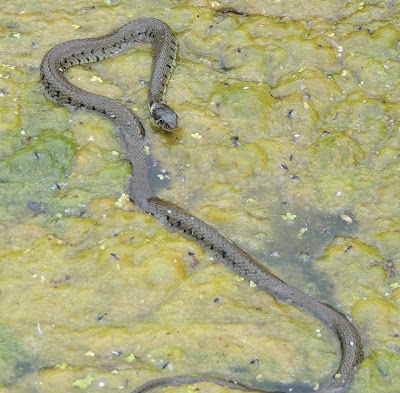 In the end I spent a couple of hours around the ponds immersed in this wealth of nature. On the walk back home more plants were interrogated and pondered over, and whilst sitting in the garden with a cool drink later on a Hummingbird-hawk moth inspected the patio Senetti. As the sun dipped in early evening small bats hawked insects in the lee of the garden fir trees to end a truly wonderful day of wildlife watching, and all within walking distance of home.