Lade - mild, cloudy, S3 - What a difference a week makes weather wise. Last weekend the temperature barely rose above freezing with a howling easterly, in contrast to this weekend as a Saharan plume of warm air delivered a high of 13C on Sunday and a low of only 8C overnight (should`ve run the moth trap!). Yesterday morning a light passage of Skylarks trickled over the desert heading into the southerly airflow along with a single Woodlark that conveniently called. Two Marsh Harriers and a Sparrowhawk hunted the willow swamp and ponds respectively where several Reed Buntings were fresh arrivals. The usual Cetti`s Warblers, Dunnocks and Chaffinches were all in song. Moving up to the Kerton Road triangle a few more Skylarks were noted along with a smart Dartford Warbler and a Stonechat. Two Snipe burst from cover beside Long Pits and Great Tits were in good voice around the Trapping Area. Continuing on foot to the point where the wintering 2nd year Iceland Gull was still present at the Patch amongst a melee of gulls that also included several Mediterranean Gulls. The brisk onshore wind revealed plenty of passing Gannets, Cormorants, Kittiwakes and auks plus a few Red-throated Divers and a flock of eight Common Scoters. 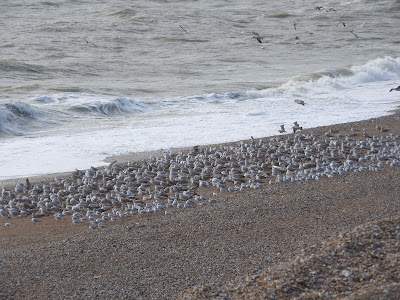 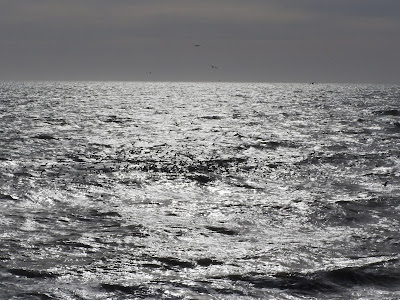 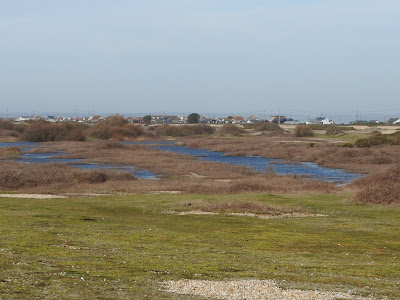 Today a circuit of the local patch produced a Little Egret and two Shelducks on south lake, but otherwise it was similar fare to yesterday. If anything it felt warmer today as the wind eased off and it was no surprise to see a Peacock butterfly on the wing in the garden, and also hear of the first Wheatear of `spring` at Galloways (GP) which is the earliest record in my 15 years living here.