Greyhound of the Ocean

Lade - warm, dry, sunny, sw 3 - Another muggy night with plenty of common autumnal moths in the garden trap. On the local patch there was a light overhead passage south of Swallows, Mipits, Linnets, Goldfinches, Chaffinches, two Tree Pipits and a Yellow Wagtail. Around the willow swamp five Chiffchaffs and a Blackcap. South lake was covered in birds at the south end sheltering from an increasing southerly wind; a quick guesstimate came up with just short of 2,000 birds, mainly Coots, feral geese and Mute Swans, plus sundry grebes, Moorhens, Wigeons, Gadwalls, Mallard, Shovelers Tufted Ducks and Teal. 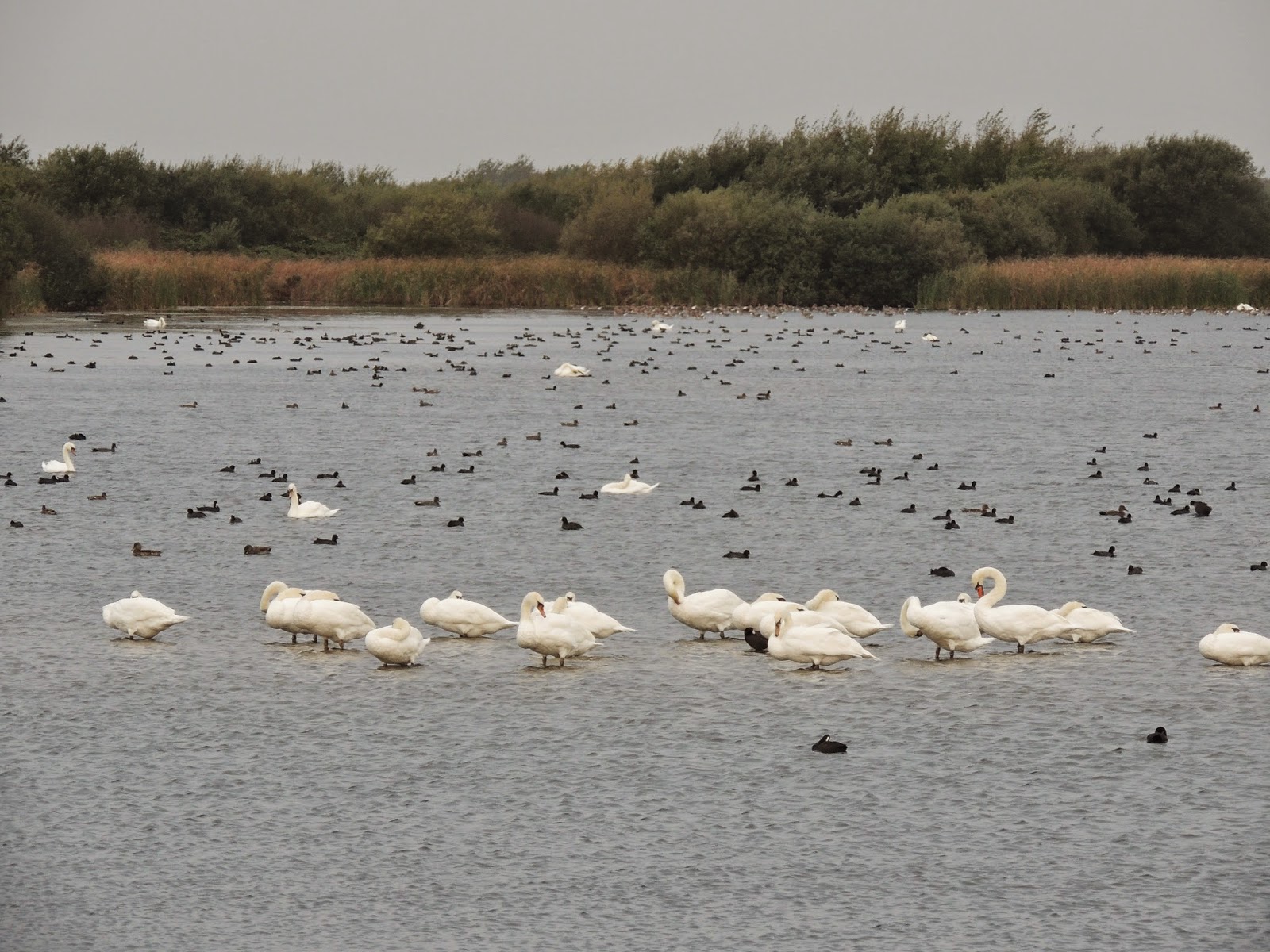 Dungeness - 0945 - 1145hrs - Marshman joined us for a pretty decent seawatch in blustery, but warm and sunny, weather conditions from the fishing boats. A steady down-Channel passage of terns logged 50 Sandwich and 20 Common Terns, 30 Gannets, 20 Brents, 12 Common Scoters, 20 auks (of which two were Razorbills, our first of the autumn) and at least six Arctic Skuas were either on the move or feeding offshore. Several pulses of Swallows (100 in total) went out and the oddest sighting of the watch was a coasting sub-adult male Marsh Harrier beating into the wind just above the waves. It didn`t look at all happy but eventually disappeared from view heading for France.
And then just after 1100hrs a tasty birthday treat in the form of a Sooty Shearwater hove into view. We picked it up fairly early on as it came across Hythe Bay and enjoyed superb scope views in bright sunshine for several minutes as it sheared in dramatic fashion on long, swept-backed rakish wings; the all dark plumage contrasting with silvery under-wing coverts as it banked and rounded the point reasonably close to shore; as always a real showstopper and one my favourite birds. It is simply mind-boggling to think how many thousands of miles of open sea this `Greyhound of the Ocean` must`ve covered since leaving its breeding grounds on a sub-Antarctic island.
RSPB - On the bird reserve this afternoon the Cattle Egret remained in the fields at Boulderwall, in association with the suckling herd, while from Makepiece hide six Snipe, two Dunlin, a Little Stint and Rock Pipit where on distant islands. Elsewhere on Burrows two Great White Egrets and six Pintails, but I could find no sign of the earlier Curlew Sandpiper.
The much forecasted rain eventually hit the peninsula around 1500hrs bringing proceedings to a close for the day.
Posted by Paul Trodd at 08:56