Lade - mild, cloudy, sw 2 - 0800hrs - With light winds and a low cloud base we tramped out across the shingle to Mockmill to give it a go for grounded migrants. A light fall of thrushes was the only noteworthy event including ten each of Blackbird and Song Thrush, plus four Ring Ouzels. Also in the scrub two Chiffchaffs, three Stonechats, two Reed Buntings and a scattering of Dunnocks, Robins and Great Tits, so fairly low key stuff. Sparrowhawk, Kestrel and Marsh Harrier also noted, plus several patches of late flowering Ragged Robin. Skirting back along south lake a Red-crested Pochard (probably the ARC bird) had joined the hundreds of Coots and Gadwalls, while overhead there was a trickle of Mipits and Goldfinches. Around midday OL reported a swimming Avocet on south lake.
As we returned to the main track a final scan across the Desert revealed two crows mobbing a Short-eared Owl flying low towards the water tower. 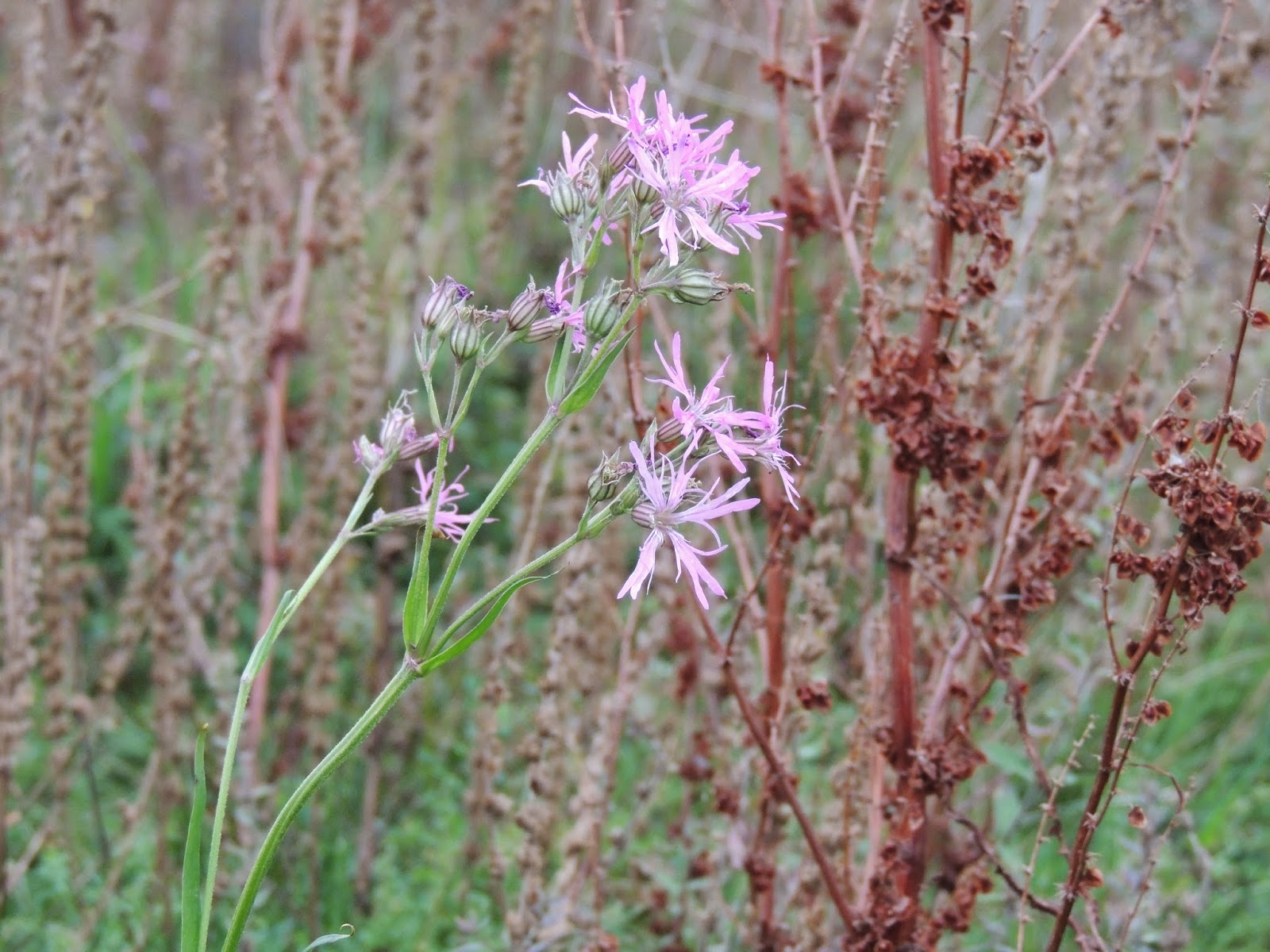 Dungeness - 1445hrs - Joined OL at the fishing boats on a dull, drizzly afternoon for a one hour  seawatch. Several flocks of Brents passed west close to shore totalling 250, along with a trickle of Kittiwakes, 25 Common Scoters and a couple of auks. Best of all though was a dark juvenile Pomarine Skua which, after it had finished duffing up a Great Black-back, came in nice and close showing a double white crescent on the underwing and contrasting two-tone bill; a real cracker that had no trouble bossing the big gulls.