Dungeness - 0815-1015hrs - mild, showery, w 6 - A two hour watch from the fishing boats in near gale force winds delivered nothing of any quality, but there was still enough happening to keep the interest going. A steady movement of Gannets way out in the Channel formed the bulk numbers along with a few Kittiwakes, and Black-headed Gulls closer to shore. At least 125 Sandwich and one Common Tern were logged, plus two Med Gulls, nine Brents and a distant shearwater sp. Five Bonxies flew west, two along the beach, and an Arctic Skua chased a tern further out.
A first winter Caspian Gull was amongst the gulls on the foreshore, while singles of Swallow and Rock Pipit coasted west into the tempest. 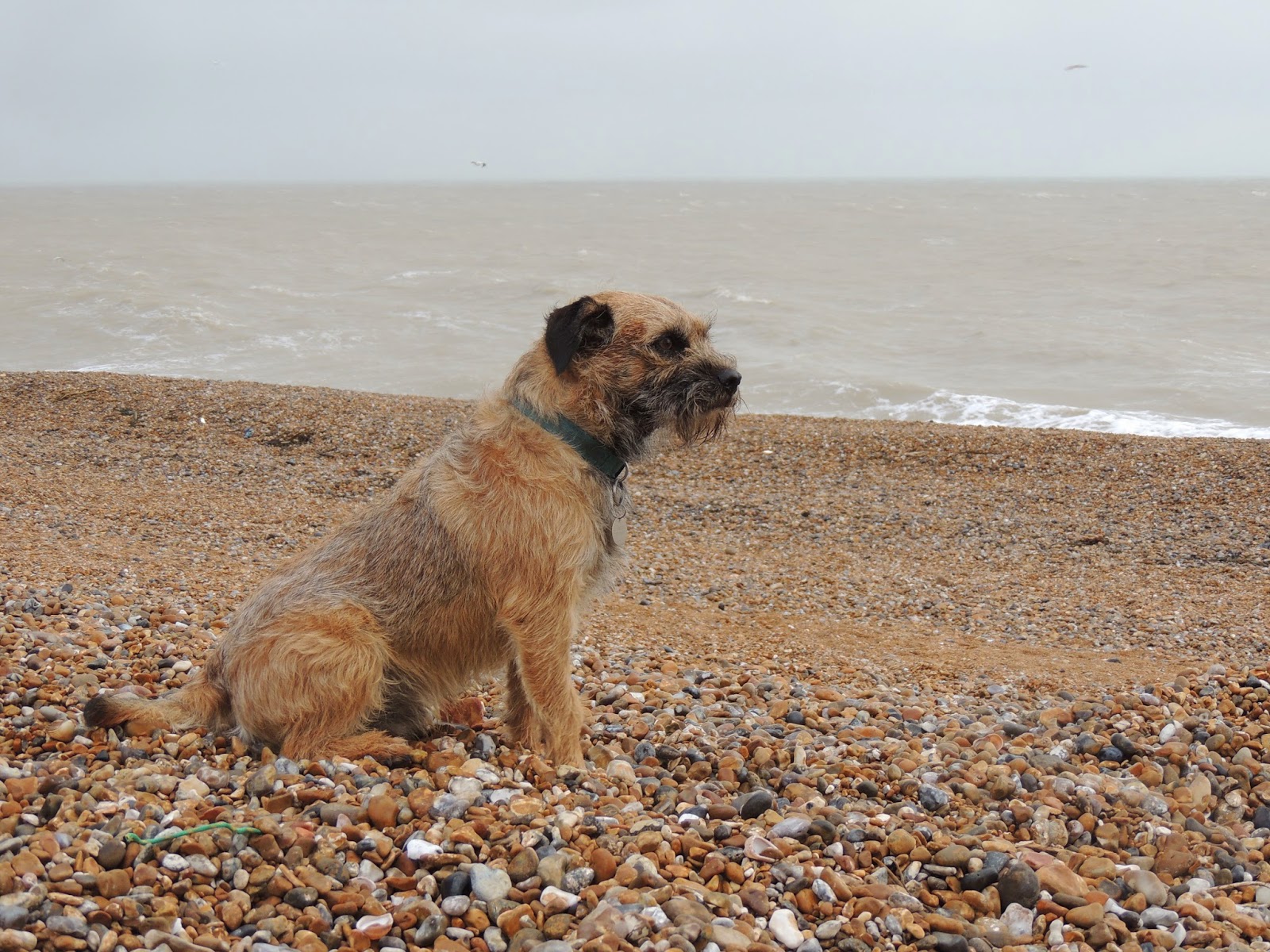 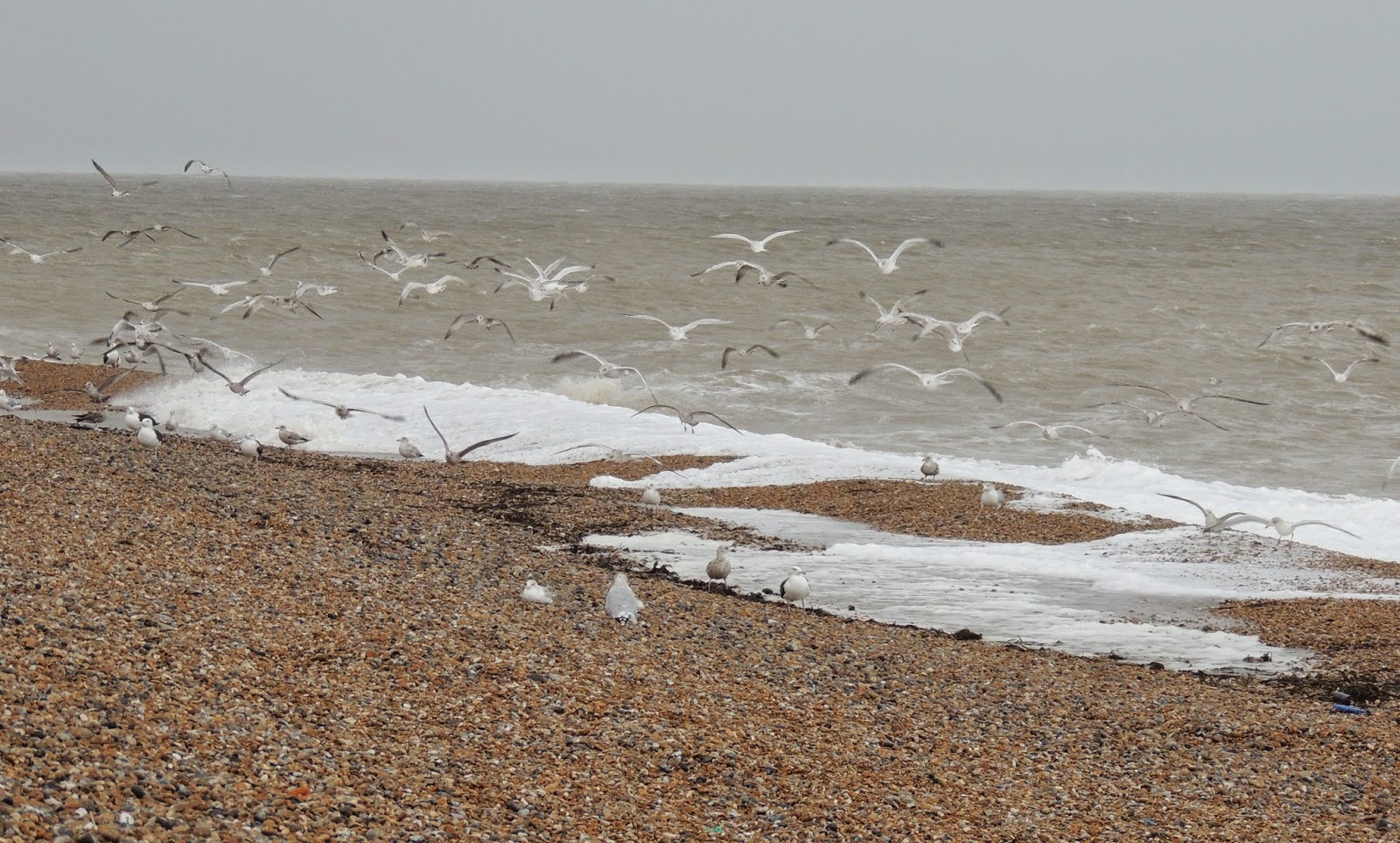 There`s a 1st winter Caspian Gull in there somewhere!

Scotney - 1030hrs - Checked out the Goldies on the grass but could find nothing of note lurking within, although most were hunkered down sheltering from the strong wind. All the usual feral geese were present.
Castle Water - 1130hrs - Couldn`t resist a trip `abroad` into darkest Sussex for the marsh tern at Rye. From the hide we had superb views of two Little Stints, Dunlin, Knot, Redshank, Snipe and a range of close dabbling ducks including Pintail. A Water Rail rushed between the reeds and a Marsh Harrier battled with the wind. Just as we were thinking of giving-up-the-ghost in flew 10 Lapwings, along with a marsh tern showing neat black under-wing coverts, a white rump and mottled black and white body plumage; a stunning adult White-winged Black Tern moulting into winter plumage. Conveniently, they all dropped onto one of the islands and hunkered down out of the wind affording cracking scope views of the tern and a couple of records shots with the bridge camera. 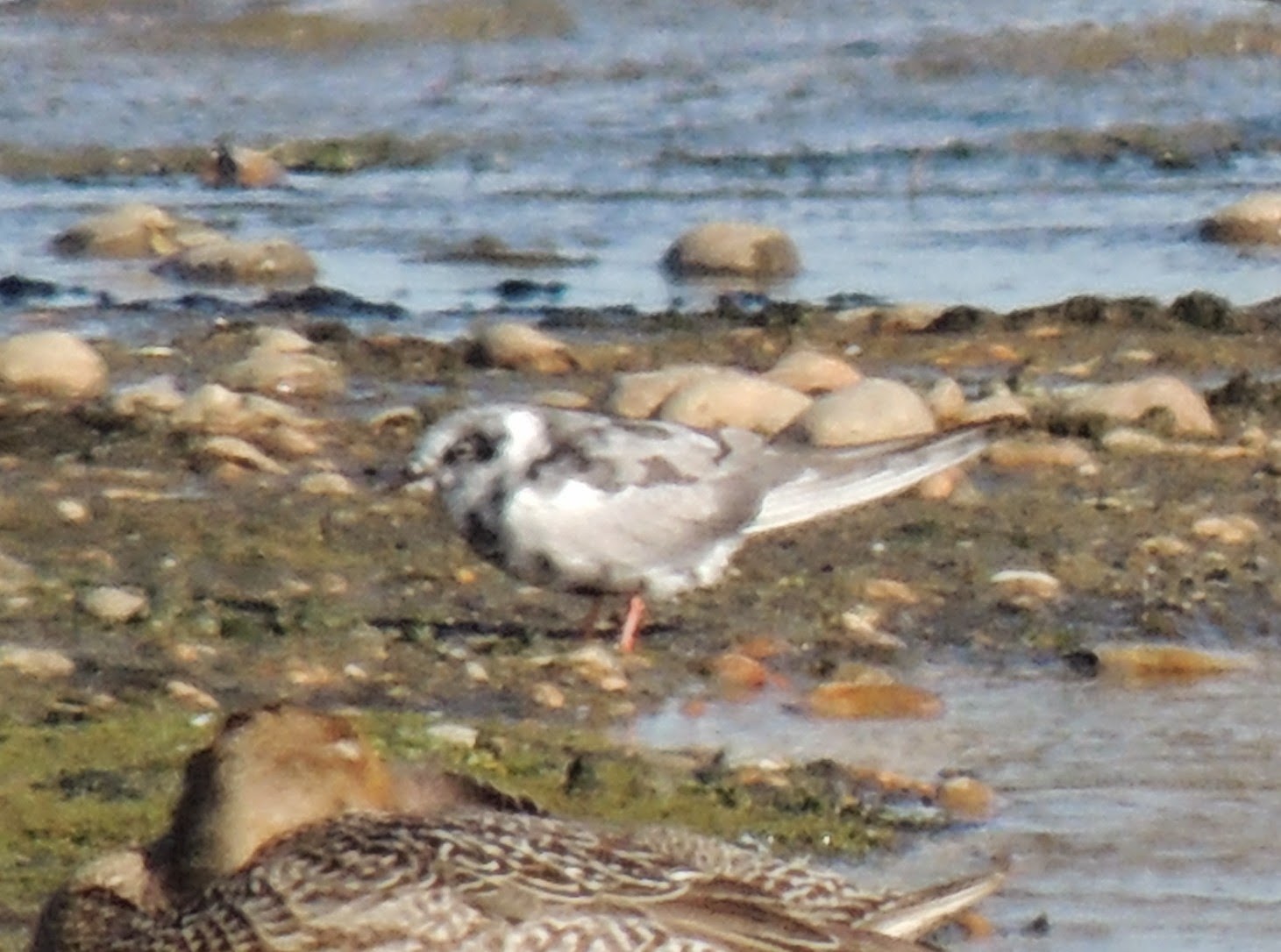 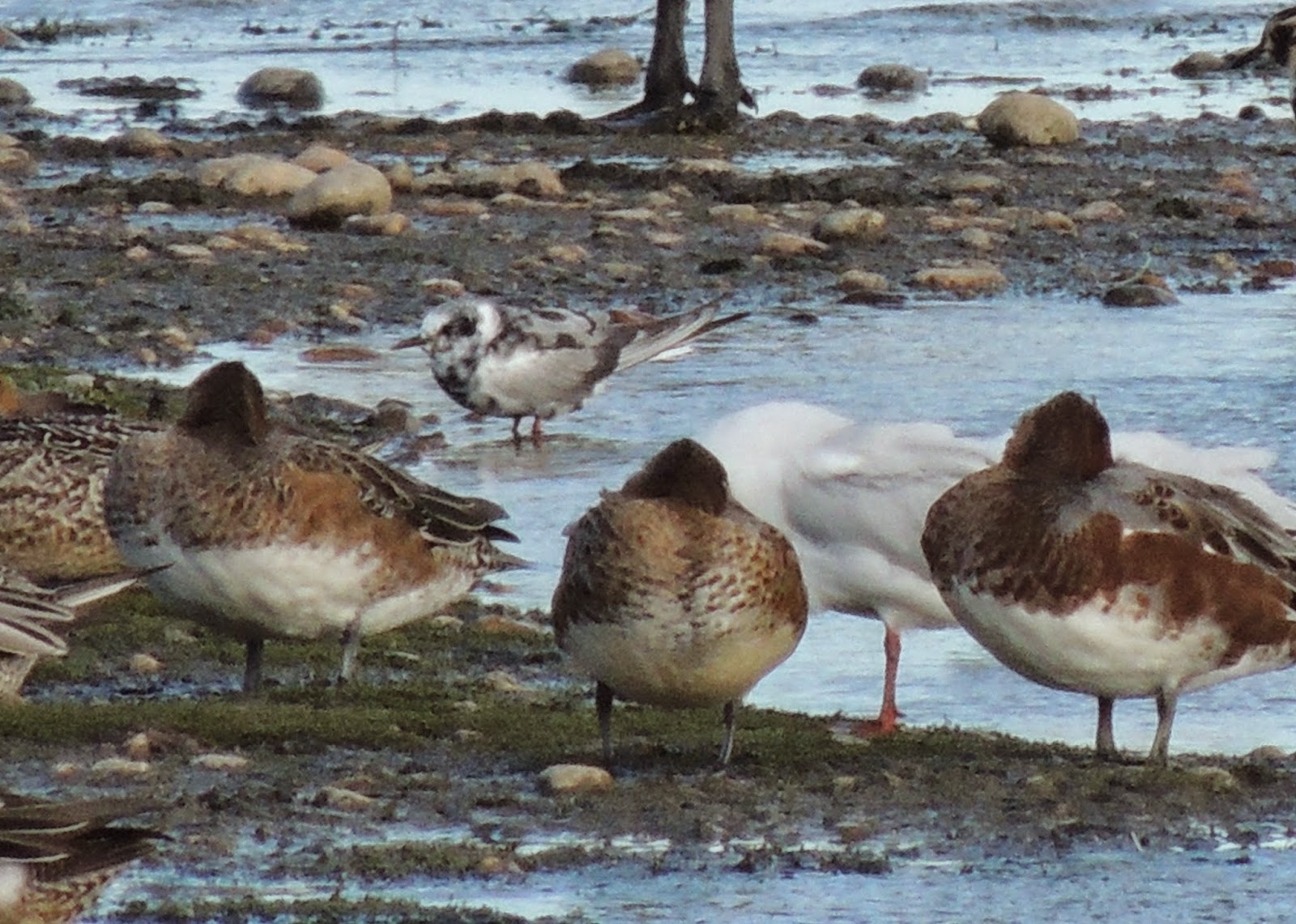 Lade - A late afternoon check of the lakes, just in case any pelagics had been blown in, drew a blank. However, two Redwings came in off the sea and a Swallow was hawking insects over the ponds
Posted by Paul Trodd at 10:37