Goldcrest in the kitchen!

Lade  - cold, dry and sunny, N2 - The first frost of autumn was on the garden shed this morning, although it was a fine, bright day with a few birds of interest on the local patch. Several parties of grounded Reed Buntings were scattered across the shingle scrub along with what seemed like an influx of Wrens. Two Dartford Warblers skulked amongst the shingle ridge broom and bramble between the cattery and the south end of the main track. Overhead passage was once again very light with only a few Skylarks, Chaffinches, Goldfinches and Meadow Pipits on the move. 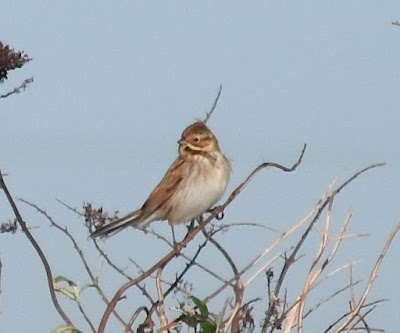 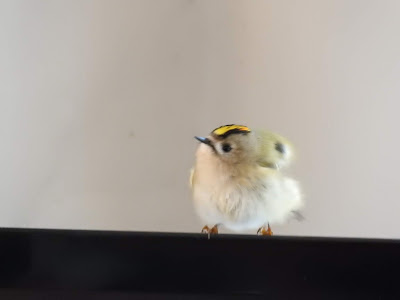 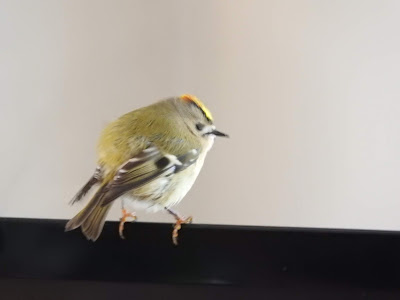 Goldcrest perched on the telly

Back home a neighbour delivered an exhausted Goldcrest in a small box to our front door. After a short while in the kitchen the sprite soon recovered and spent some time perched on the telly and in a pot plant between flitting around the kitchen, preening and generally looking a lot perkier. It was then released into the garden fir trees where it joined its fellow crests.
Posted by Paul Trodd at 14:10