Lade - mild, cloudy, sw 5 - A mixed bag of wet and windy weather this week, but mild throughout. A Bittern flying over the main reedbed was the first of the winter and Goldeneyes increased to three in number. The usual Marsh Harriers worked the wildfowl flocks and a Merlin was noted on the desert chasing a Meadow Pipit yesterday. On the bay this week at least three Sandwich Terns were still present on Wednesday amongst all the usual waders.

On the RSPB reserve the newly constructed Firth Lookout was open for business affording superb, panoramic (Covid safe) views across the lake overlooking the islands, and onwards towards the power station. This afternoon when I visited it was a bit blowy around the gills, so you will need to wrap up well, but already the close islands harboured nervy dabbling ducks and gulls, seemingly already accustomed to human shapes on the bund above. Top marks to all involved in the project. A third winter Caspian Gull and two Goldeneyes were of note from the viewpoint and a Peregrine hacked through flushing the wildfowl and gulls. The Boulderwall fields were packed out with Golden Plovers, Lapwings and Wigeons, plus four Marsh Harriers, a Great White Egret and hundreds of Starlings and corvids; the Glossy Ibis was also reported here earlier. The Dusky Warbler was calling in scrub around the ARC car park, while the Black-throated Diver, having been flushed off the lake by a Marsh Harrier flew overhead towards Tower Pits. 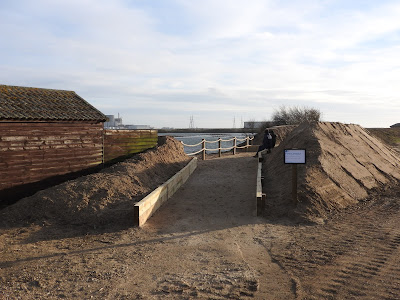 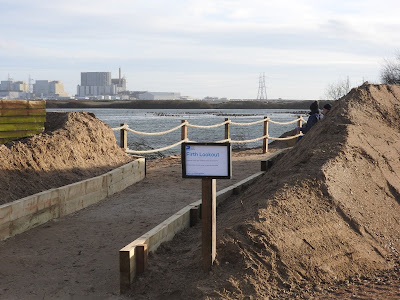 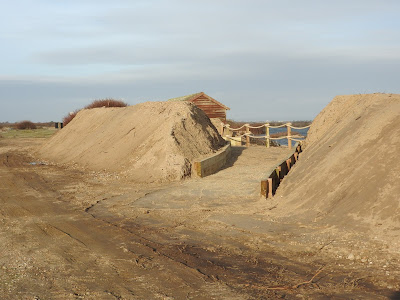 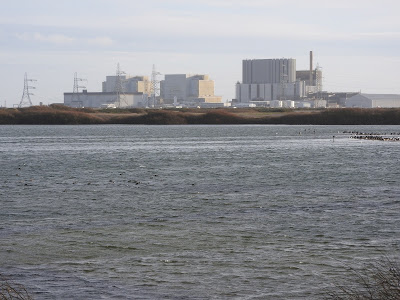 View from the new Firth Lookout

Elsewhere this week a couple of forays out onto Walland delivered 23 Bewick`s and two Whooper Swans; 100 plus White-fronted Geese on the Lydd fields; female/immature Scaup and Long-tailed Duck on Scotney front pits and a ringtail Hen Harrier at Galloways. The sea has produced plenty of common seabirds this week on a southerly airflow such as Gannets, Kittiwakes, auks and Red-throated Divers along with goodies including Bonxie, Great Northern Diver and Goosander (MC et al). Late this afternoon a 1st winter Glaucous Gull was briefly on the beach at Dungeness (DBO).