Dungeness - warm, dry and sunny, SW 5 - This past week has seen the wader passage pick up as adult birds return from their northern breeding grounds and pause a while. The habitat is ideal for waders on the bird reserve, mostly from Hanson hide where the water level is dropping fast, and to a lesser extent on Burrowes. Green and Wood Sandpipers have already been reported while this morning, from Hanson, two Greenshanks were present along with nine Black-tailed Godwits and the usual Oystercatchers, Lapwings and Redshanks. Also noted there, three Glossy Ibises, four Common Terns, a male Sparrowhawk with prey and a Peregrine that flushed all the waders and ducks. Burrowes was quieter with 12 Ringed, a Little Ringed and three Dunlins, while hundreds of Swifts and Sand Martins moved overhead in the stiff breeze. A check of Kerton Road quarry revealed no new passage waders, apart from 50 Lapwings, but at least six pairs of Oystercatchers, three with well grown juvs 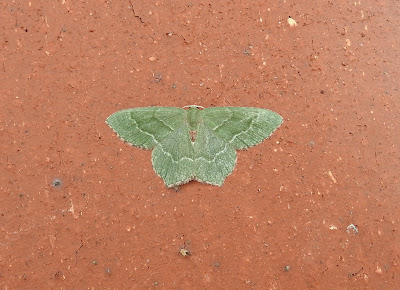 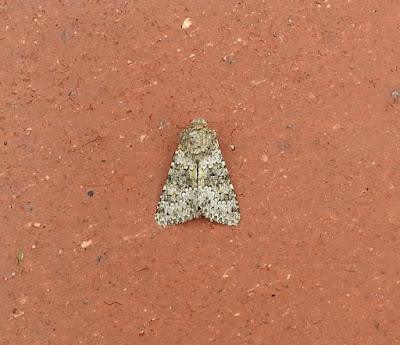 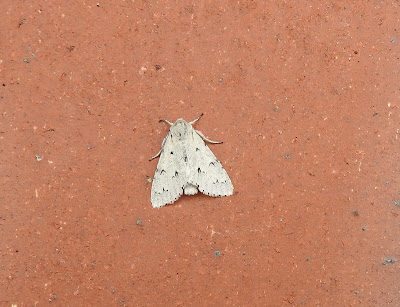 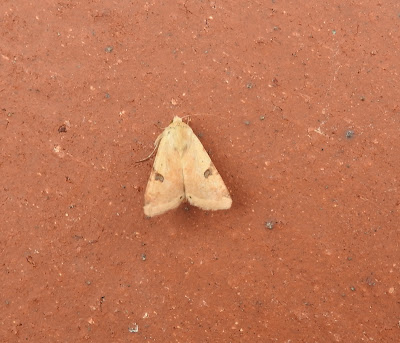 Around New Romney walks out onto the farmland on Romney Salts have produced singing Corn Bunting and Yellow Wagtail and the discovery of a Sparrowhawk with a brood of fledged young; the male delivering a juvenile Whitethroat that it snatched from atop a bush just in front of me. The spinney by the railway line had Green Woodpecker and Kestrel with juvs, while Chiffchaff, Blackcap and a Lesser Whitethroat were still in song. The garden moth trap continues to attract newbies with Wednesday night haul of 41 species including Small Ranunculus and a migrant Bordered Straw.