Saturday - Its been a weekend of two contrasting days with Saturday spent up in London and Sunday back home. While Pat went to see Lucy in her final performance of Showstoppers in the West End I met our Kate at Shepherds Bush for my birthday present - QPR v Leeds at Loftus Road. Mum and dad were Londoners and while I grew up in the small Hertfordshire village of Maple Cross, Shepherds Bush still retains a lure through the footie club.
I even managed to get in a bit of birding and set about trying to find a House Sparrow around the `village green`, as Shepherds Bush was once known. Unsurprisingly my quest floundered with not a single cheep of a cheeky, London sparra to be heard anywhere. On the other hand parakeets screeched overhead and Lesser Black-backed Gulls were commonplace, several Goldfinches called from plane trees and a Grey Wagtail flew over calling.
At the ground it was good to meet up with some old, long suffering faces from when I was a season ticket holder, and when Gerry Francis and Phil Parkes were interviewed on the pitch at half time, talking about a reunion of the great side of 75/76, I realised how far the R`s had plummeted from those heady days.
However, back to the present and while the first half was a poor spectacle it improved in the second with the introduction of Charlie Austin, the goal scorer and a 1-0 win. As always at Loftus Road the atmosphere in that tight little ground was cracking, thanks in part to a large and  raucous Leeds support. 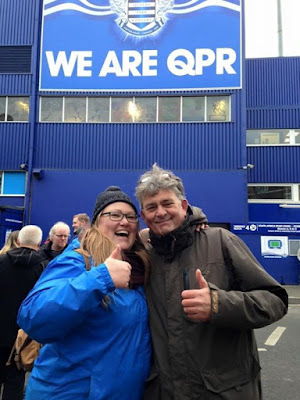 Sunday - Lade - mild, overcast, sw 5 - What a difference a day makes, from the madness of London - I know which one I prefer! We did our usual circuit of the local patch in a buffeting wind which by the afternoon had built up to gale force as Storm Clodagh swept up-Channel. All the usual wildfowl and waders were noted on the lakes and beach respectively where a female Marsh Harrier was testing out the Coots on south lake. Hardly any passerines were noted due to the wind.
News from the bird reserve confirmed the Long-eared Owl still present roosting behind the discovery pond. 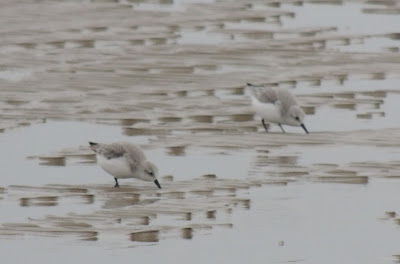