Avalon Marshes - Mon-Wed - Spent some time this week on the Somerset Levels, specifically on the Avalon Marshes section just west of Glastonbury (full of old hippies smoking roll ups), a place I have not visited before. Was interesting to compare with the Romney Marsh, but the two places could not be more different with the origins of the Levels steeped in peat cutting. Whereas RM is almost entirely intensively farmed arable land, and largely bereft of birds, the Levels are a wetland paradise with birds everywhere.
Female Great White Egret, Ham Wall 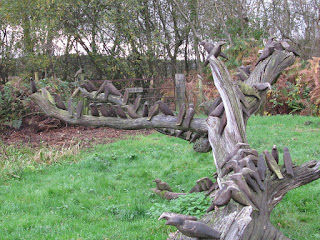 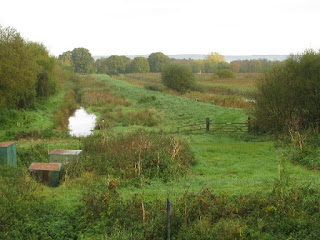 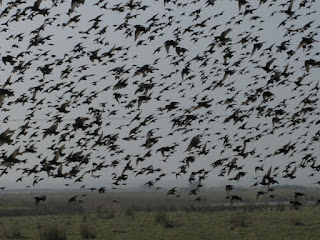 We visited all the main sites; Westhay, Shapwick Heath, Catcott Lows and Ham Wall, with the latter the most productive. Here we found a Glossy Ibis and saw the breeding female Great White Egret, Britain's first, alongside plenty of Little Egrets, Grey Herons, Snipes and Blackwits. Bitterns were regularly seen flying between reedbeds, as were Bearded Tits, while Water Rails and Cetti`s Warblers were constantly calling from cover. Kingfishers were particularly numerous and seen at all sites. Westhay was loaded with dabbling ducks and Dabchicks, while it was here we saw Barn and Tawny Owls, Raven, Merlin and Peregrine; Buzzards and Kestrels were commonplace. Passerines included Grey Wagtails, Siskins, Goldfinches, Stonechats, Mipits, Reed Buntings and winter thrushes, plus flocks of Goldcrests and Long-tailed Tits in willow scrub. The highlight of the trip was the Starling roost at Ham Wall where countless tens of thousands of birds swirled around like gnats before falling silent in the reed beds. At least 3 Sparrowhawks were seen hunting the flocks.
We stayed at Newhouse Farm B&B at Westhay (close to the Peat Moors Vistors Centre), and very good it was too.
Posted by Paul Trodd at 13:39