Dungeness - 0845hrs - Mild, cloudy, showery, e3 - Another miserable overcast day began with a short seawatch from the fishing boats where a few Gannets and terns were milling around offshore, plus down-Channel, 6 Commic Terns, 50 Brents, 3 Shelducks and an Arctic Skua. Around the boats a Rock Pipit called amongst the Mipits while a trickle of Swallows pressed out across the sea heading for warmer climes. Small groups of Goldfinches and Siskins moved through, plus a couple of Skylarks. On the shingle the usual assemblage of large gulls included the adult Yellow-legged and a droopy-winged Great Black-back. 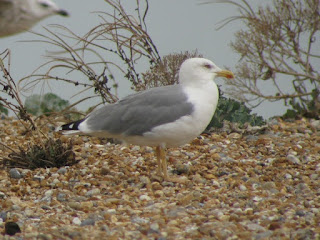 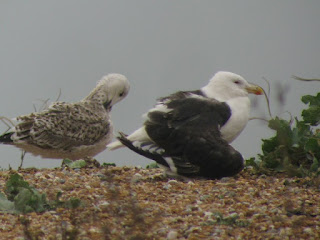 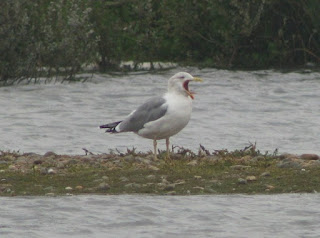 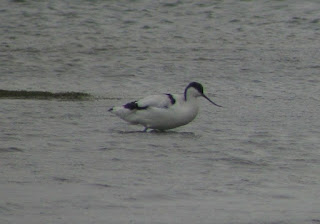 ARC - 1300hrs - An Avocet was the only bird of note from Hanson, unless of course you like YLGulls... Amongst 50 Lapwings were 2 Dunlins and 5 Golden Plovers, plus all the usual wildfowl including a big increase in Wigeons numbers to over 200. About 100 hirundines over the water comprised mainly Swallows. Sparrowhawk and Marsh Harrier noted and at least 10 Chiffchaffs and 3 Cetti`s Warblers in the willows.
Posted by Paul Trodd at 09:37