Lade - We`ve been on grandparent duty this weekend looking after a 5 year old Albert. I`ve already tested him on his bird identification with the Usborne cards, 50 Birds to Spot (49 out of 50) and this morning he got to grips with the finer points of Gadwall and Dabchick, in the field, on Lade lakes.
Actually, there was plenty to see and hear out back with Mipits, Goldfinches and Siskins trickling overhead and the autumns first Skylarks and Song Thrushes. In the garden Chiffchaffs and a Goldcrest called from the fir trees and pulses of Swallows headed south (yesterday 2 Buzzards went over around noon while we were cutting Barney`s coat).
Last night was quite chilly and as a result first thing everywhere you looked birds were basking in the sun warming up: Starlings, House Sparrows, Jackdaws, Woodpigeons and the like. 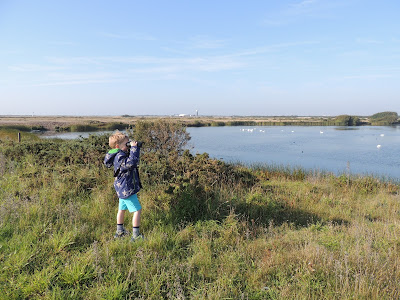 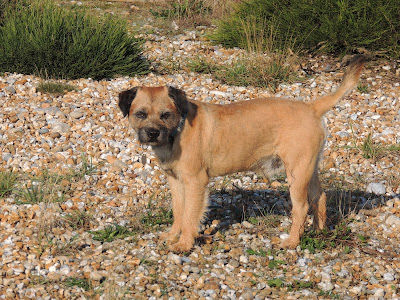 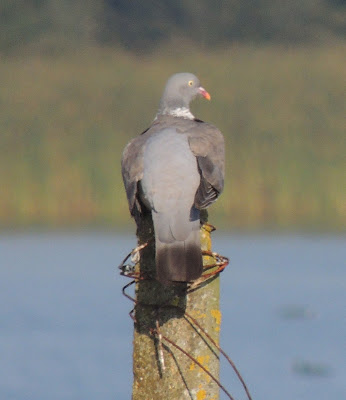 I`ve found that `little and often` is the best adage with kids, and on this sunny weekend there`s been plenty of interest around the garden. Moths are a given and he can `do` Setaceous Hebrew Character and Large Yellow Underwing from the trap, while a Hummingbird Hawk-moth on the lavender was a gift. This mornings warm sunshine lured in Red Admiral, Comma and Small Tortoiseshells to the last of the flowering Buddleias. Robins are everywhere at the moment and I`ve shown him how to copy the `tic, tic` call with a couple of pebbles and tried out a bit of `pishing`, without much success, but its early days...
Posted by Paul Trodd at 03:43