RSPB - mild, showery, sw 3 - We spent the morning on the bird reserve having seconds on the Dartford Warbler, which we all heard and saw fairly well as it performed low down in bramble scrub along the return trail. A few finches and thrushes drifted over, but there was nothing like the variety and numbers of yesterday. Around the circular walk were up to 6 Marsh Harriers, Blackcap, Chiffchaff, Goldcrest, Kingfisher, 5 Cetti`s Warbler, Water Rail, good views of a Raven, 2 Sparrowhawks and all the usual wildfowl on Burrowes.
We finished the four day birdwatching break for David, Val and Sandra with a species tally of 105, but as is often the case it was more about the spectacle of large numbers of birds flocking together as winter looms that will live long in the memory. The thousands of Golden Plovers down at Rye took some beating, as did the hundreds of Fieldfares on Monday by the Royal Military Canal, the wildfowl on Burrowes and waders on Lade bay; and lets face it watching egrets and harriers come to roost is pretty special too. The quality was provided by Dartford Warbler, Short-eared Owl and up to five Firecrests.
Other highlights during the week included a large number of plants still in flower, a myriad of different fungi (which I`m still trying to id!) and good views of Hare and Mink. 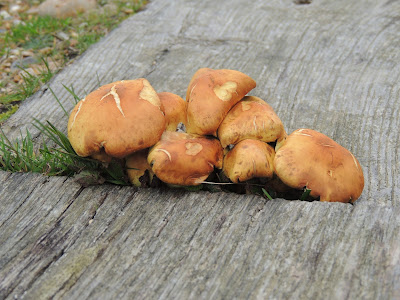 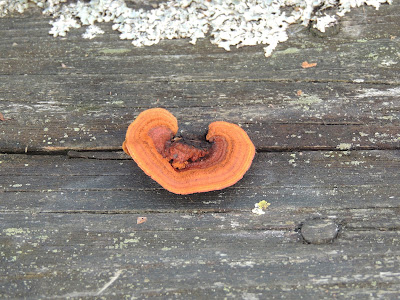