Dungeness - cold, overcast, drizzle, nw 2 - Following yesterdays washout this morning wasn't much better with occasional showers and poor light. An offshore wind made a seawatch pretty pointless, so we walked the tideline from the lifeboat station to the lighthouse where all the usual gulls and Turnstones were noted. On the sea were at least 50 Great Crested Grebes and a trickle of Kittiwakes.
A single Med Gull was amongst the gulls on the beach, although later on an adult Caspian Gull was present. The anglers along the foreshore were pulling in plenty of whiting, plus a few cod, and being as its Dungeness there`s always something of interest in the Channel, and this morning it was a stunning wooden sailing ship. 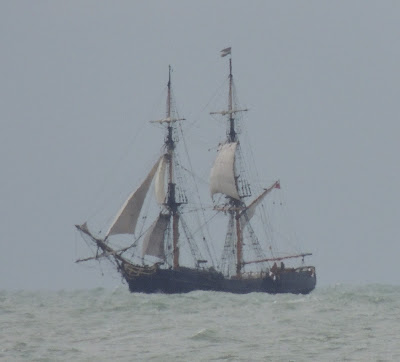 Pirates of the English Channel

RSPB - News came through this afternoon of a Long-eared Owl roosting in sallows by the discovery pond on the bird reserve. These highly nocturnal owls have become something of a rarity in recent years so it was a real treat to be able to enjoy this individual at a safe distance as it occasionally looked around showing off those penetrating orange eyes. Long gone are the days when double figure roosts of Long-eared Owls were regularly encountered during the winter period.
Also present on Burrowes, 4 Goosanders and a Smew, while a Bittern showed well from Screen hide at dusk. 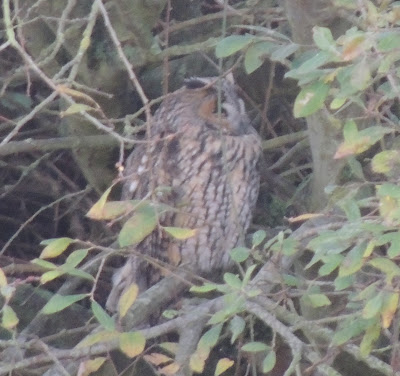 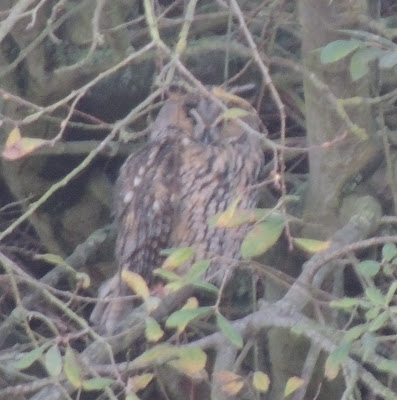