Dungeness - warm, dry sunny morning, cloudy afternoon, light airs - We concentrated on the land first thing this morning where around the lighthouse, the moat and southern end of the trapping area a decent range of migrants included: a few Swallows and Sand Martins, 20 Meadow Pipits, six Black Redstarts, a Whinchat, 10 Stonechats, two Wheatears, two Lesser Whitethroats and 10 each of Whitethroat, Blackcap and Chiffchaff. Also noted, a pylon Peregrine, Sparrowhawk, Green Woodpecker and our first nine Brent Geese of autumn over the sea. The warm sunshine encouraged Common Blue, Small Copper, Small Heath, Small White, Small Tortoiseshell, Red Admiral, Painted Lady and Peacock butterflies onto the wing, while Convolvulus Hawk-moth and a Willow Emerald dragonfly were admired from the Obs fridge. 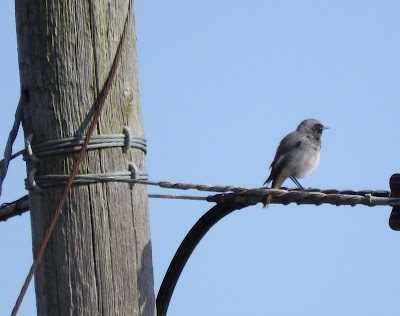 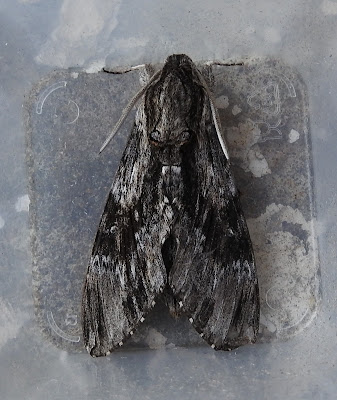 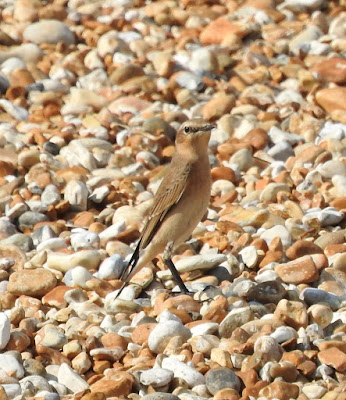 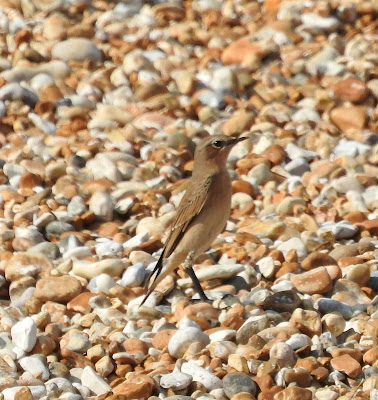 Following a tip off from MC we moved onto Hanson hide where two, peachy juv Curlew Sandpipers were the pick of a host of waders, and the first of autumn. The guests enjoyed good views of a mixed flock of eight Black-tailed and Bar-tailed Godwits, two Greenshanks, six Ruffs, two Snipes, 10 Golden Plovers, 50 Lapwings, four Dunlins, Curlew and a Common Sandpiper. Also present, two Marsh Harriers, two Black Terns, an adult Little Gull, Water Rail, Great White and Little Egrets, Garganey and Little Grebe. On the walk back to the car we had protracted flight views of a Bittern moving between Tower Pits and Boulderwall.
Over the road a juvenile Knot showed well in front of Firth hide along with two Common Sandpipers, five Dunlins and four Pintails. A few more flocks of Sand Martins and Swallows dropped
in as the cloud covered over and a Willow Warbler sang from scrub by Dennis`s hide. More common warblers and a brief burst of pinging Bearded Tits were noted from the ramp, plus Buzzard and Marsh Harrier. 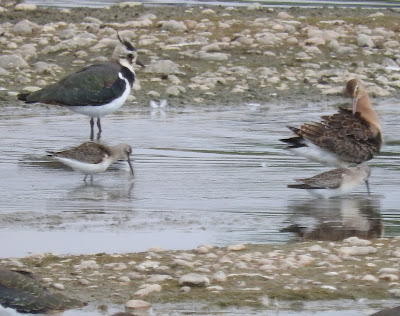 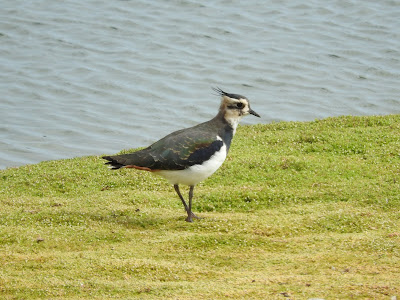 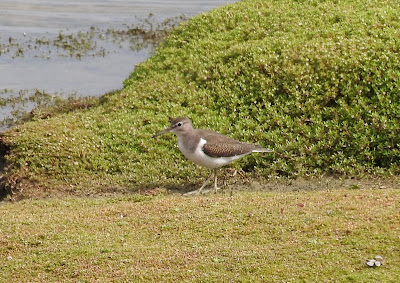 We finished the day in some style checking the bay for waders, terns and gulls from Littlestone, being as it was low tide. Thousands of birds were spread across the mud and sand where a mammoth tally of 2,000 Sandwich Terns was very much a minimum count; most were on the deck, with hundreds over the sea where the fishing was easy and attracting at least four Arctic Skuas. Other significant counts included, 200 Common Terns, 200 Knots, 200 Dunlins, 30 Ringed Plovers, 20 Barwits, 15 Turnstones, 10 Blackwits, `hundreds` of Oystercatchers and Curlews, plus two Shelducks, three Sanderling and a Mediterranean Gull.
All in all a pretty decent days birding with a wide range of species topped off with a staggering count of terns. 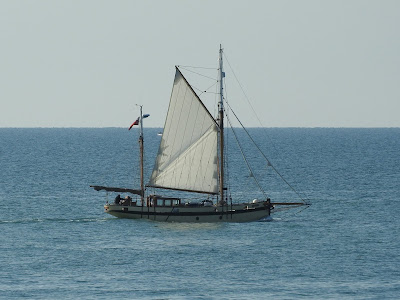