Lade  - cold, sunny, w 5 - The aftermath of Storm Ciara continues to dominate our weather down here on the south coast with another day of rasping westerly winds blowing up-Channel. With negative news on yesterdays Iceland Gull from Dungeness I decided to check the beach this afternoon on a falling spring tide with a heavy sea pounding away out in the bay.
Its not often that I`m overwhelmed by nature on my local patch, but today was certainly one such occasion as a combination of a high tide and wave action had washed up gargantuan numbers of  bivalve molluscs (mostly clams or scallops) along the sandy foreshore below the shingle bank. Looking north towards Greatstone and back south to Dungeness the shoreline was covered; there must have been literally millions of them, and countless more in the slack water which, unsurprisingly, had attracted thousands of gulls (probably c5,000) to feast on the easy pickings. The majority were Herring, Black-headed, Common and Great Black-backed with lesser numbers of Lesser Blacks, Mediterranean and a few Kittiwakes. Even the Carrion Crows were getting in on the act!
I didn't manage to locate the Iceland Gull, but it mattered not a jot as the spectacle of all this activity was a wonder in itself. 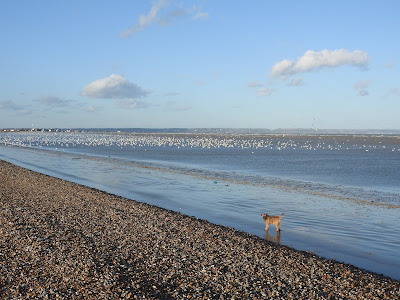 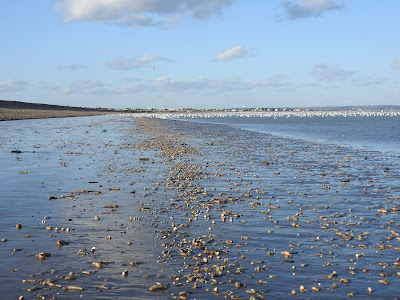 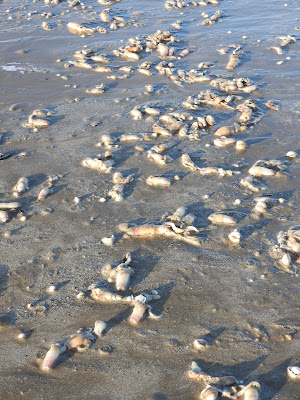 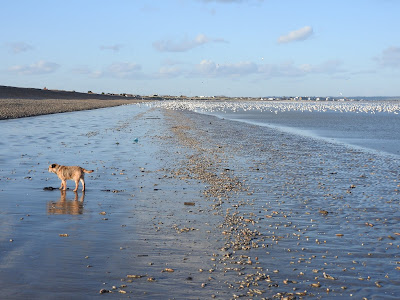 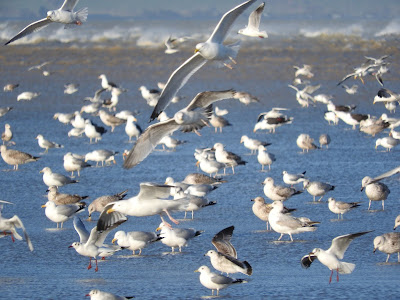 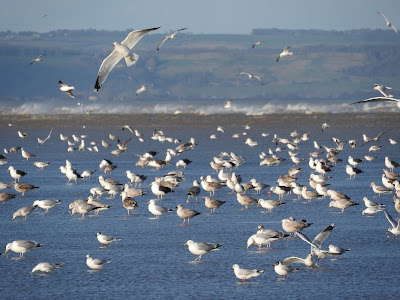