Speen - We`re just back from having spent the weekend with friends in the Chilterns, at the village of Speen near Princes Risborough to be precise. The weather was sunny and dry on Saturday, but dreadful on Sunday as named Storm Ciara rampaged across the country delivering heavy rain squalls and wind gusts of 70mph; we almost got clobbered by a lamp column that came down on the M20 yesterday afternoon on the way home!
However, walking around the village before the storm on Saturday morning and driving across to Tring museum in the afternoon to visit the Wildlife Photographer of the Year Competition, Red Kites were in view everywhere. In Speen I counted 23 birds soaring over the village gardens waiting for scraps to be put out by the residents, while a field near Wendover attracted six kites following a tractor and plough along with a hundred Black-headed gulls. More kites were seen from the roads and over Tring during the day, plus a kettle of 20 or more over Princes Risborough. 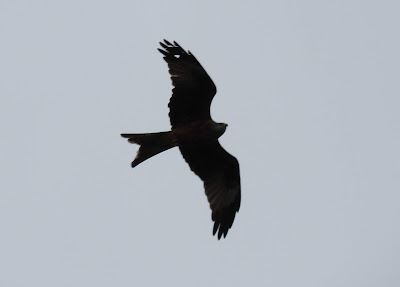 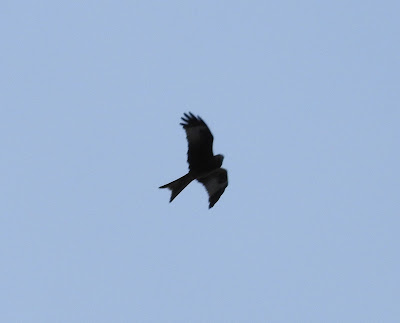 As a native of the Chilterns and living in Dunstable at the time I well remember the Red Kite reintroduction programme when 93 birds were released between 1989 and 1994 on the rolling downland around Christmas Common. The majority of kites came from Spanish stock (with the remainder from Sweden and Wales) and were taken as nestlings, flown to England and after a 35 day quarantine period released into aviaries where they were cared for with minimal human contact.
The first successful breeding of Red Kites on the Chilterns soon followed in 1994 and I remember writing an article at the time on the subject for Birdwatching magazine, having spent a day at the release site with Steve Carter who headed up the project. Today the Red Kite is a common sight across the Chilterns and Thames Valley with several hundred breeding pairs, but I don't think that back then anyone could have predicted how successful this reintroduction programme would have been. 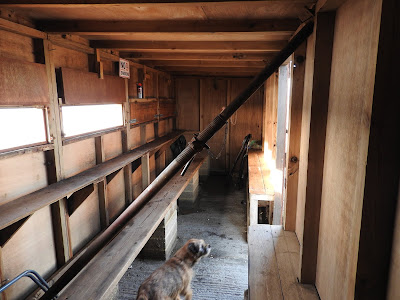 Dungeness - cold, sunny, W 4 - A trip down the point this morning was a predictably quiet affair with a big sea running and not much on view, although OL had a Bonxie and Velvet Scoter through earlier. Due to the severe weather the interior of the seawatch hide had been temporarily shored up with two Acrows to prevent it disappearing into the power station car park!
This afternoon the wind continued to increase to near gale force as an immature Iceland Gull was found at the fishing boats amongst hundreds of gulls.