Lade - mild, dry, cloudy, light airs - A spring-like morning on the local patch with plenty of resident species in song. Around the ponds three each of Chiffchaff and Cetti`s Warbler, plus five Goldeneyes on the lakes and two Marsh Harriers over. 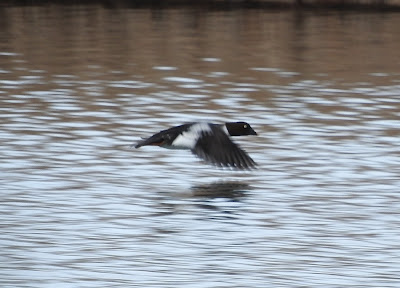 This afternoon en-route to Folkestone on the school pick-up run we called in at Hythe seafront where two Purple Sandpipers were on the sea defence blocks opposite the Hythe Imperial hotel. As the tide was out the Velcro birds were constantly picking over the jumble of exposed, weed-covered rocks in their constant quest for food before the incoming tide.
Whilst there a lady sea swimmer was partaking in her daily dip! 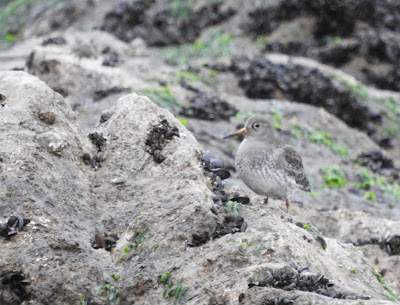 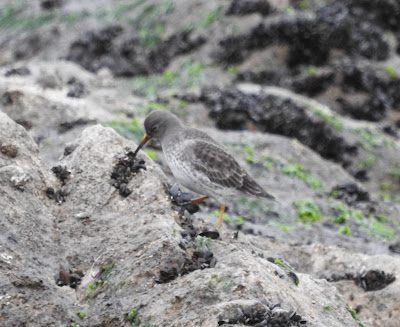 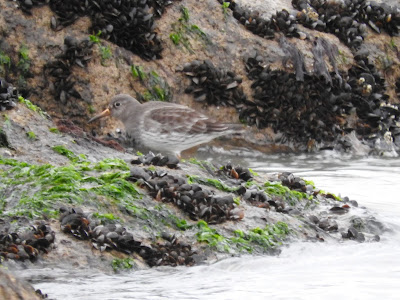 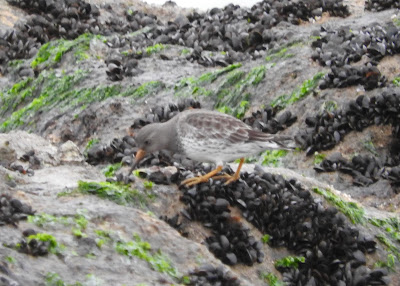 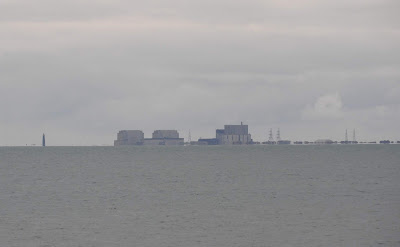