Lade  - 0700hrs  - dry, sunny, showers later, s 3 - Following a deluge of rain it was good to see the sun shining this morning; goodness knows how many birds nests got swamped out last night. No surprise to see several small parties of Swifts and House Martins over the willow swamp dodging the rain further inland. The walk back along the beach yet again delivered a host of waders and throughout the day I attempted to get a more accurate count from several locations around the bay.
Couldn't quite manage the 10 out of 10 as Redshank eluded me, but there was plenty to see with many of the Arctic waders in their red, nuptial plumages, some half and half and others in non-breeding immature dress.
Oystercatcher - 278 - most were probably non-breeders.
Ringed Plover - 62 - many of the tundra race. 1pr on the beach with two juvs.
Grey Plover - 4 - all in cracking summer plum.
Knot - 12 - four completely red adults.
Dunlin - 205 - majority with variable black bellies, but too distant to racially split.
Sanderling - 275 - surprisingly large count for this time of year.
Barwit - 36 - including some absolute red stunners.
Curlew - 157 - presumably non-breeding birds.
Turnstone - 18 -  the summer plum birds were gorgeous. 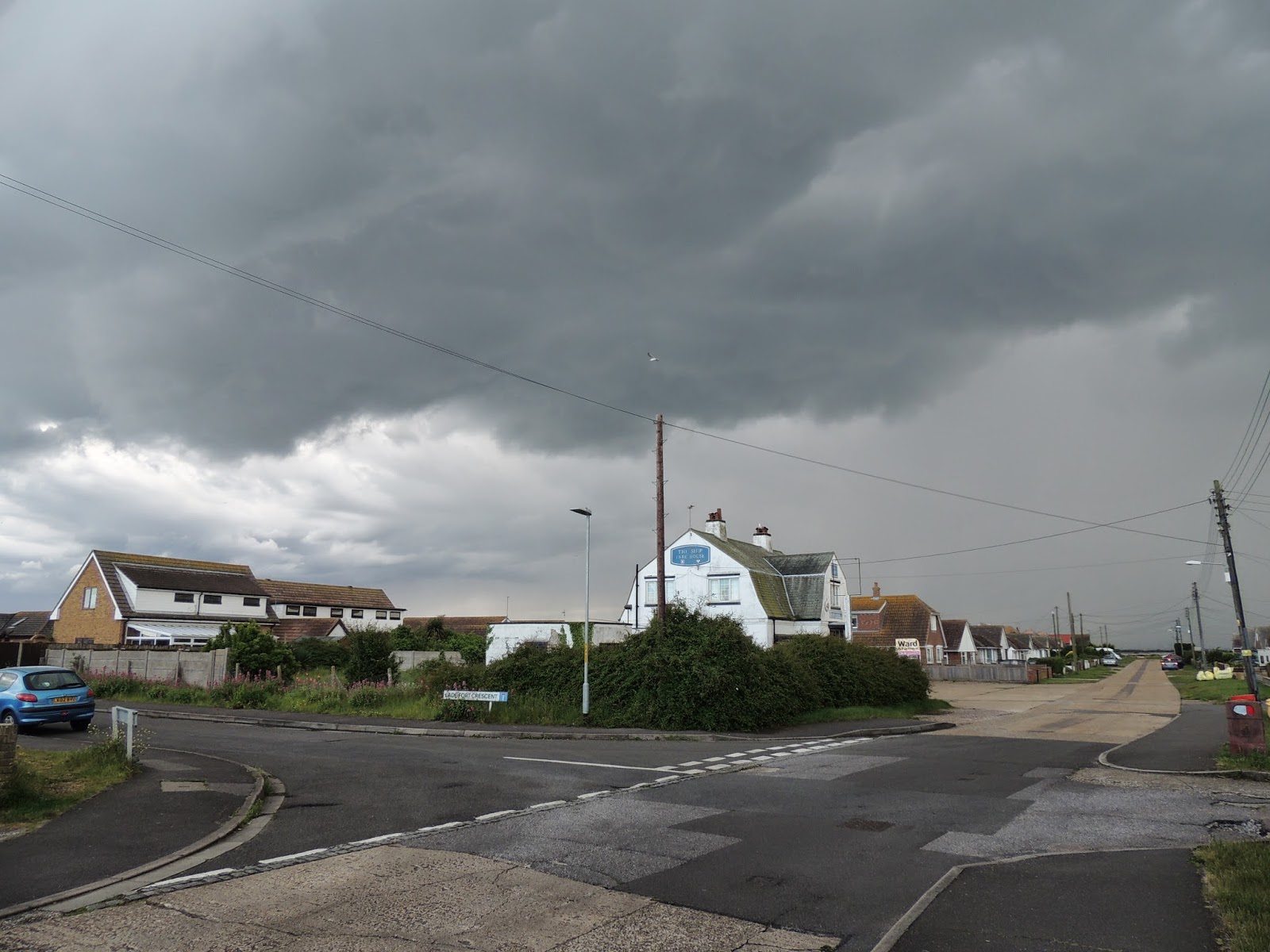 Another hefty shower on the way, Lade