Lade - 0900hrs - warm, cloudy, light airs - We walked Mockmill in muggy conditions where all the usual scrub warblers, Linnets, Reed Buntings and Stonechat were in good voice. Unfortunately, there wasn't a sniff of a Bluethroat in the tussock grasses... Behind the `mirrors` Cuckoo, Lesser Whitethroat and Cetti`s added their voices to the cacophony of sound with Marsh Harrier and Kestrel over the farmland.
I scanned across to the airport and wondered what the scene could be like in a few years time, given the recent High Court decision to approve the Lydd Airport expansion. Call me an old cynic, but I find it an odd coincidence that on the day Manston closes, Lydd gets the go ahead.
Quite how Mr Hani Mutlaq thinks he can make a commercial success of this project we shall just have to wait and see.


Dengemarsh - Scanning from Springfield Bridge I noticed a large flock of Mute Swans gathered around one of their kin, in distress, that had become entangled in a strand of wire with 12 volts of electricity about to electrocute it. I called the VC and SB for back up but as the bird was about to succumb off came the boots and socks and using my tripod as a stick I waded out to help. The reaction of an old cob was fascinating as he continued to fuss around her even while I was fiddling around with the wire. Anyhow, eventually after getting a couple of shocks myself I managed to free the unfortunate bird which I then ushered back to shore in a torpor. Incredibly after ten minutes or so it swam out into the middle and rejoined the flock apparently none the worse for its ordeal.
Thanks to SB and DB for checking the fence and contacting staff to get the offending wire removed.
Raven, Peregrine and Greenshank noted flying over, plus the usual terns and harriers over the reedbed. 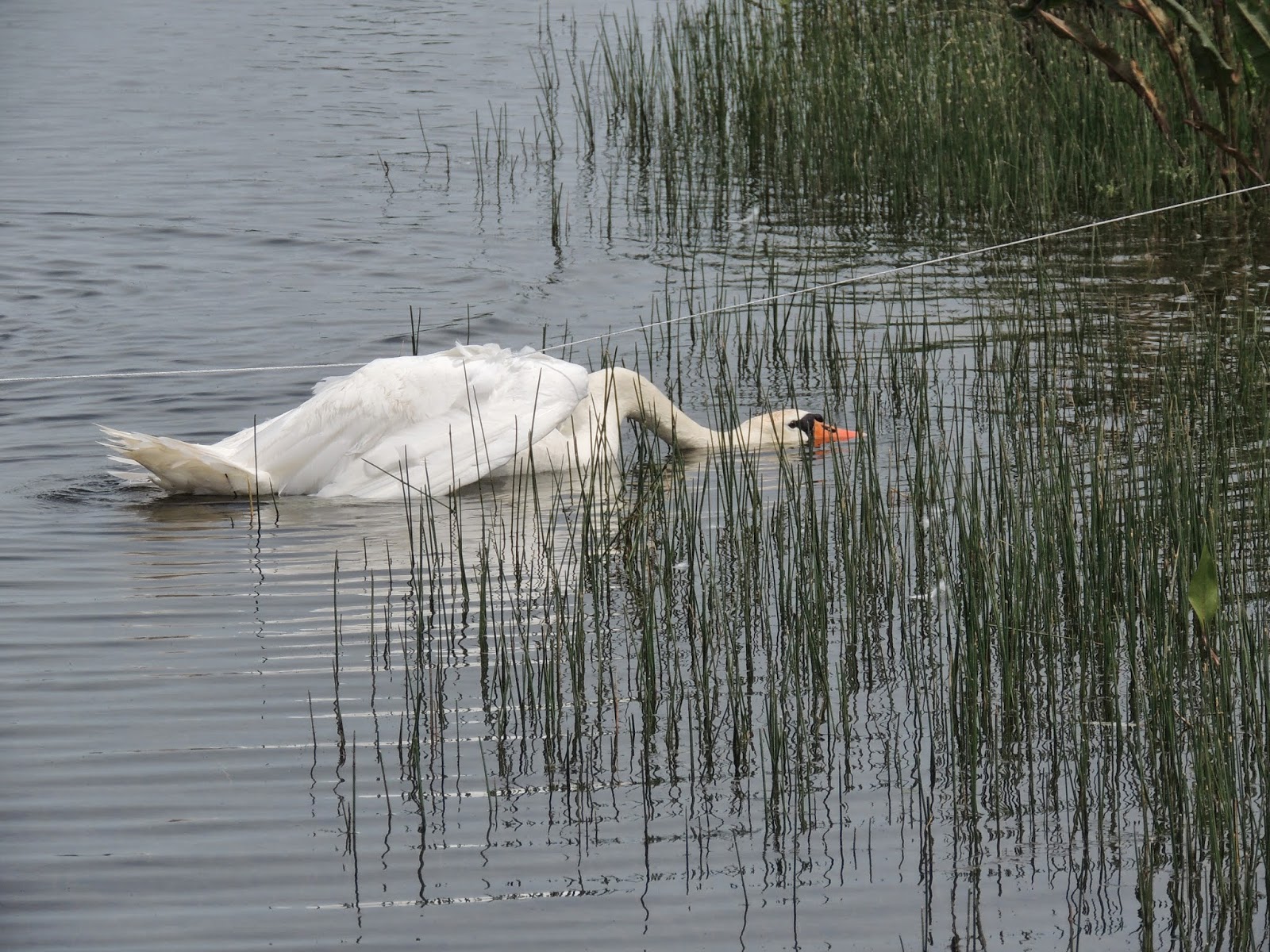 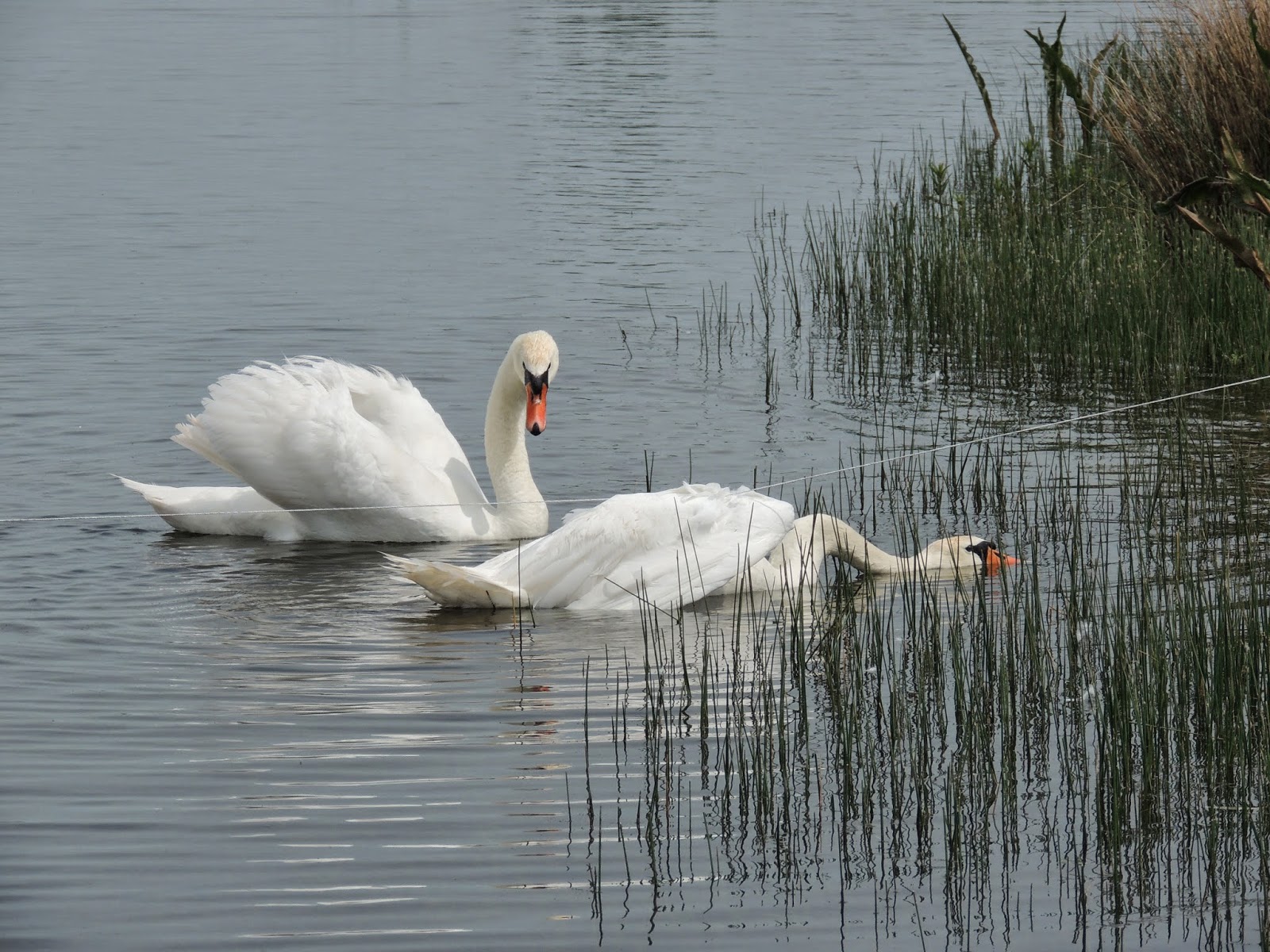 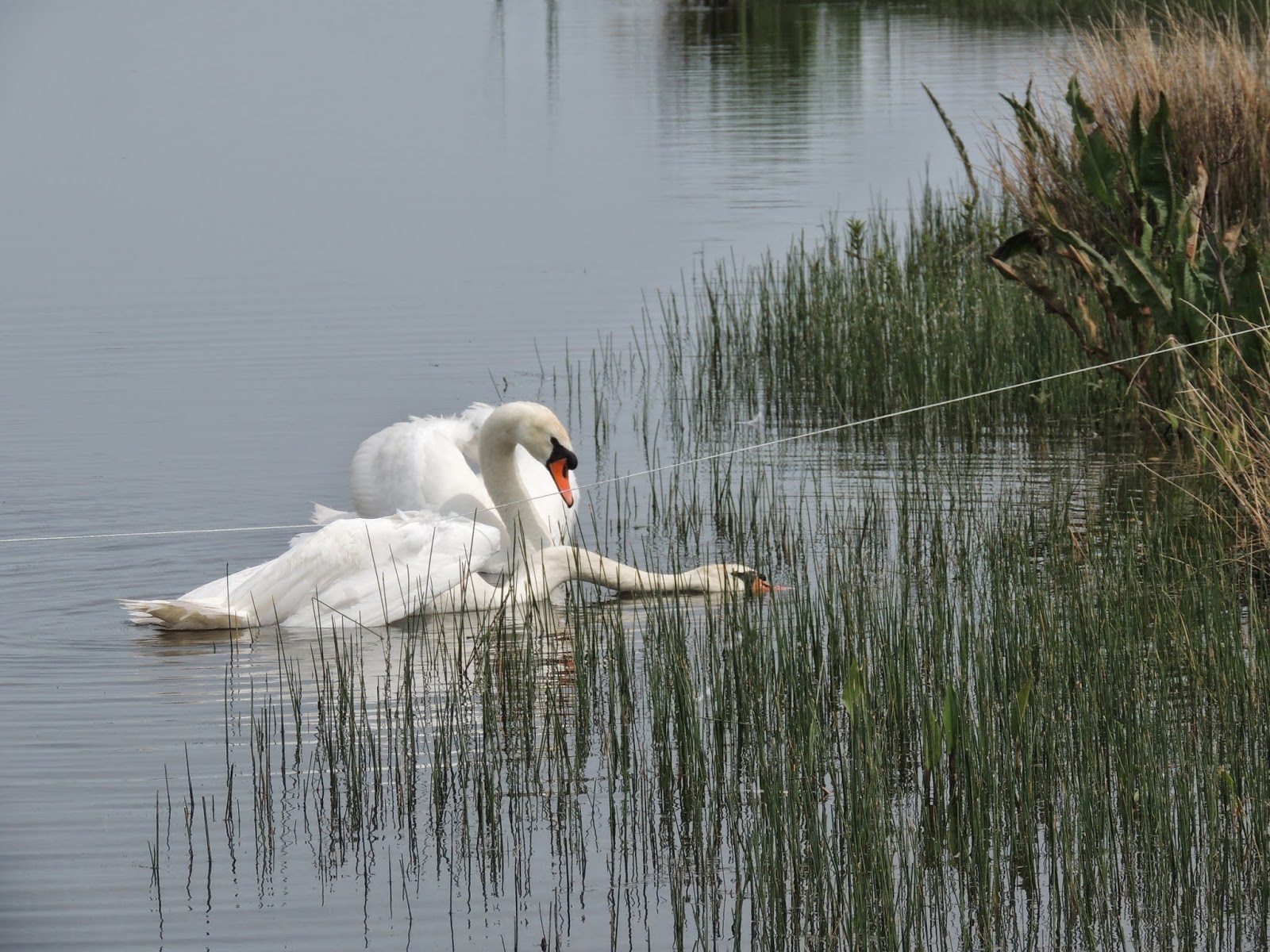 And nearly gets caught himself 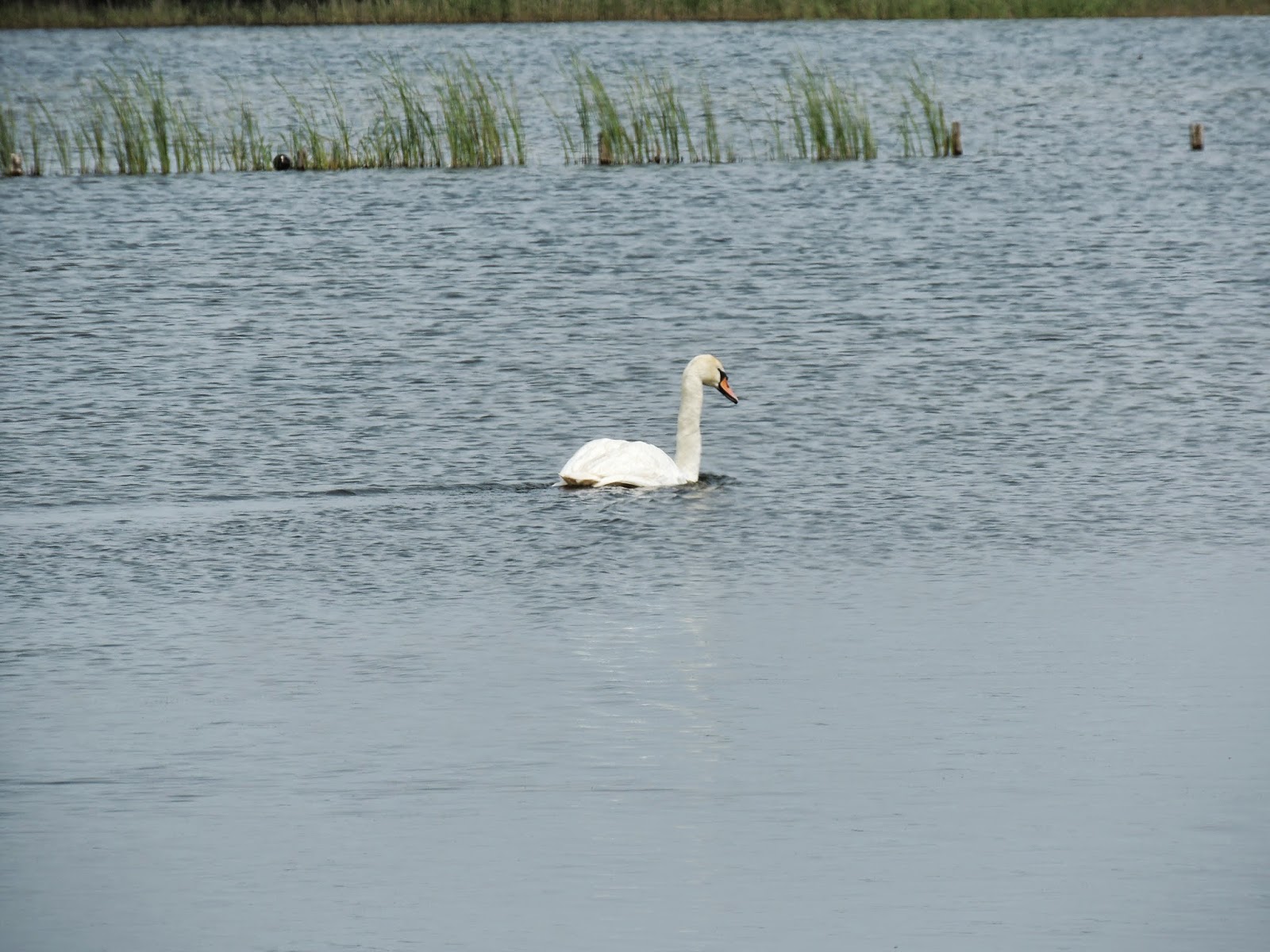 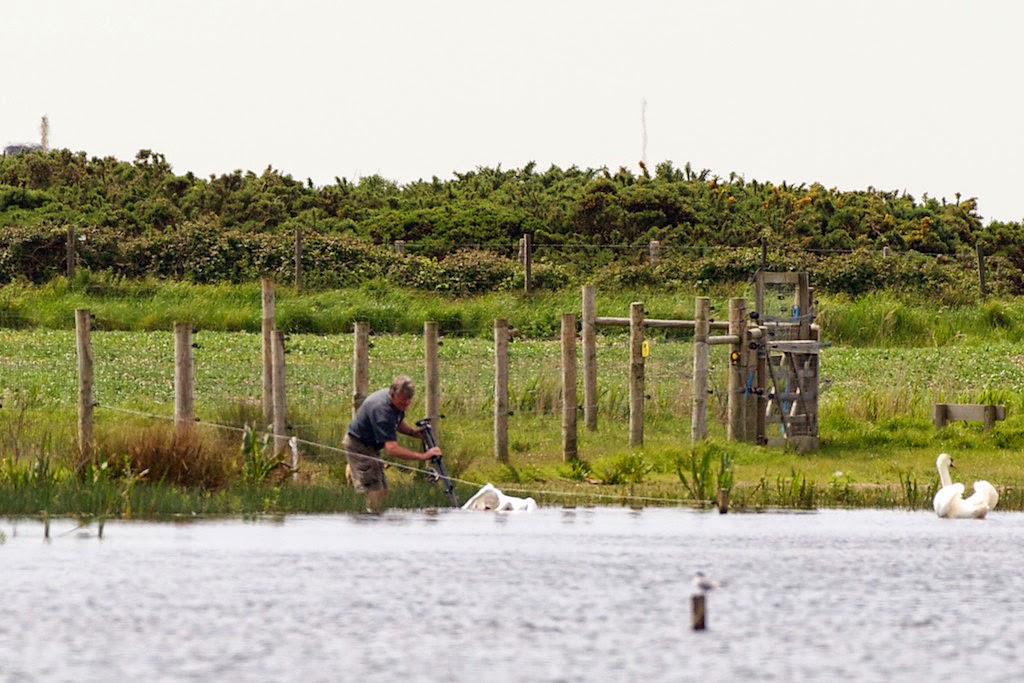 Caught in the act! (by Dave Featherbe)


The only trouble with being immersed in water for 15 minutes in a Dungeness lake is that you`re bound to attract the attention of leeches! 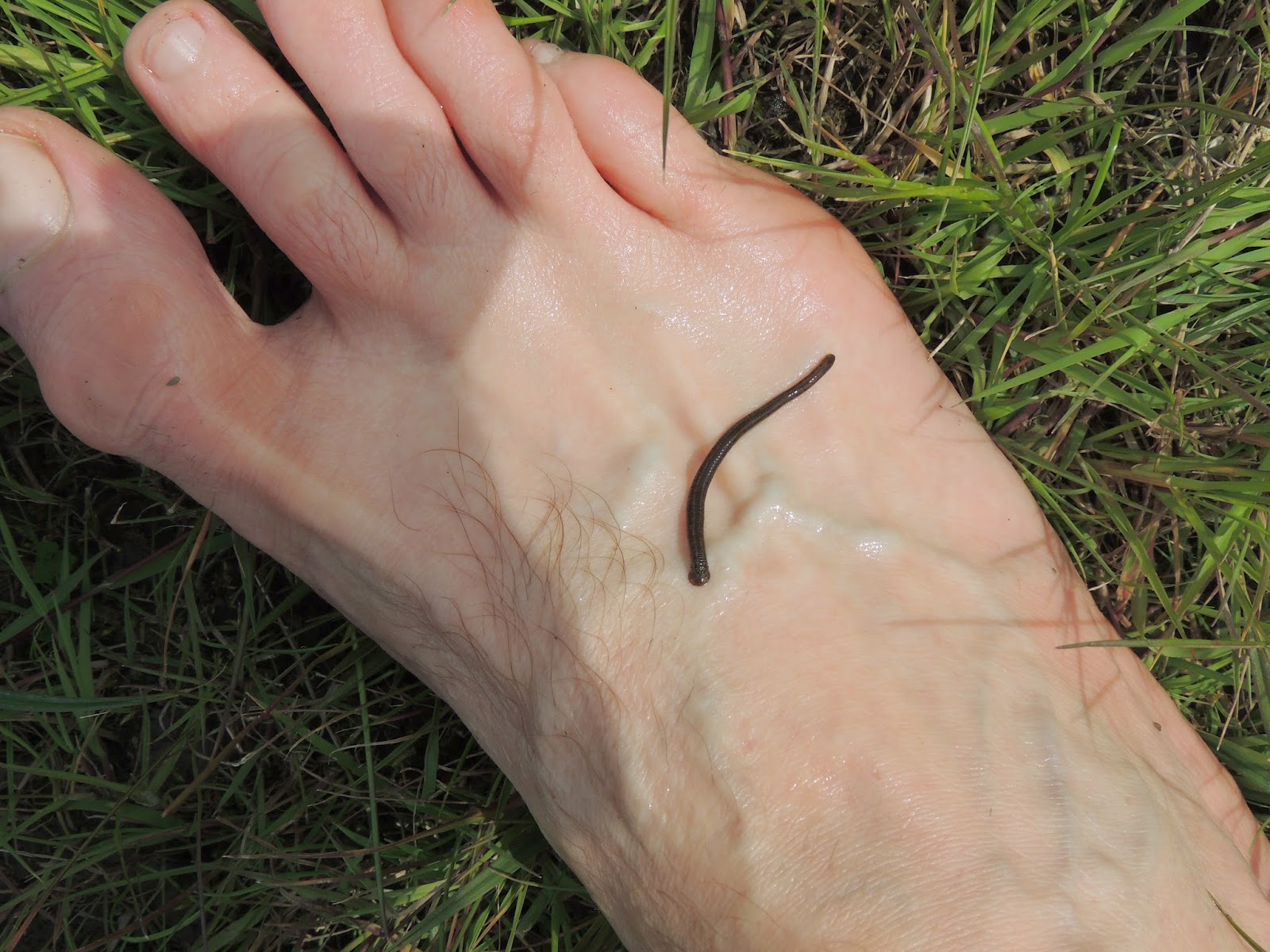 Galloways - A circuit of the range road produced very little apart from further views of the Raven, two Stonechats and plenty of patches of Vipers Bugloss in full flower.