Lade - Late news from yesterday evening concerned yet another interloper at Plovers when a prickly customer in the shape of a Hedgehog was discovered curled up asleep in one of our outbuildings. This was the first we`d seen here in five years or so, but what with all the garden and road traffic hazards hereabouts I decided to relocate it onto the National Nature Reserve where it would be safer. 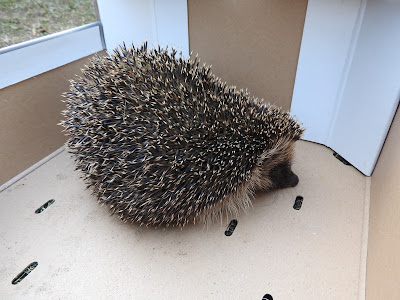 Now snuffling around in Mockmill

Dungeness - 0645-0845hrs - Humid, misty, nw 2 - The prospects looked good for grounded migrants this morning, what with a few showers in the early hours, so we set off earlyish for a circuit of Long Pits and the Trapping Area. A Tree Pipit overhead calling was our first of the season, along with a few hirundines and Yellow Wagtails, but apart from a Common Redstart and a few Lesser Whitethroats at the northern end of the pits it was pretty quiet. Small numbers of Willow Warblers, Common Whitethroats and a Chiffchaff was about it elsewhere. 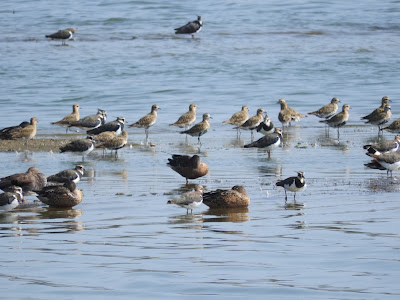 ARC - 1100hrs  - The islands in front of Hanson hide were packed out with Golden Plovers and Lapwings, Shoveler, Teal and Gadwall, plus three Little Ringed and two Ringed Plovers, two Common Sandpipers, Ruff, Blackwit and a Little Stint. On Burrowes the highlight was four Great White Egrets in the willows opposite Dennis`s hide. 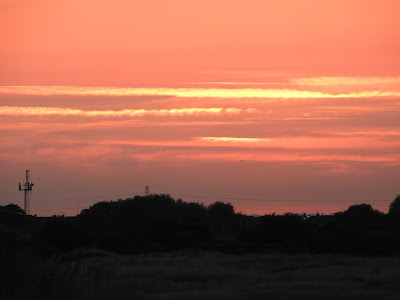