Lade - 0600hrs - warm, sunny, se 2 - Another session working Mockmill first thing, under a clear blue sky, largely drew a blank as there were few grounded migrants of note, just a few Common Whitethroats and Willow Warblers, but not a sniff of a Sedge Warbler anywhere. Linnets have been thin on the ground this year, so a flock of 30 feeding on bugloss was noteworthy. Several Yellow Wagtails passed overhead along with a steady procession of Sandwich Terns from the bay. 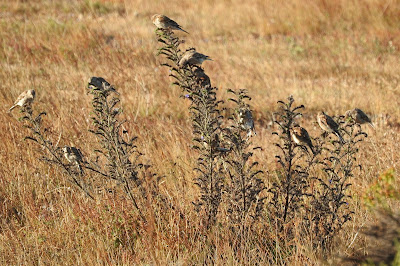 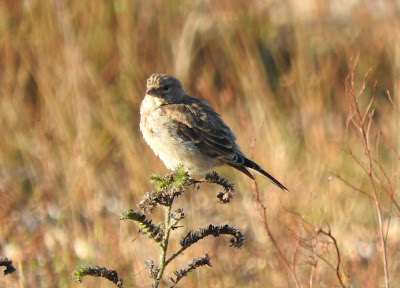 The Plovers moth trap was full of mostly common species with only Cream-bordered Green Pea and the first Riband Wave for ages of any note. However, a Hummingbird Hawk-moth on the garden buddleia was a first for the autumn, while it was good to see a few Small Tortoiseshells on the blooms amongst the Peacocks and Red Admirals. 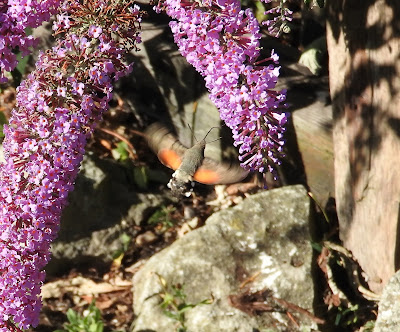 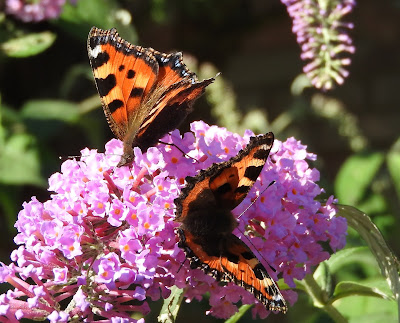 ARC/Burrowes - From Hanson hide a nervy flock of 62 Golden Plovers comprised almost entirely adults apart from two juveniles. The only other waders on the islands were Lapwings, Redshanks, Common Sandpipers and a Little Ringed Plover. Nothing much on Burrowes apart from a few more Common Sands and three Great White Egret, although two juv Buzzards overhead got the gulls going. A Diamond Dove was reported from Dengemarsh Road (SM), new for the plastic year list.
Walland Marsh - Superb evening out on the Flatlands with CP in warm, still conditions with farming operations still in full swing. The highlights were six each of Buzzard and Marsh Harrier, two Barn Owls, Kestrel, 20 Yellow Wagtails, 10 Tree Sparrows, Bearded Tits, hundreds of hirundines and a Whinchat.
Posted by Paul Trodd at 13:34