Lade - 0600hrs - humid, overcast, light airs - In fact, perfect conditions for moths, and indeed the tally in the garden mv reached a more respectable 32 species with Burnished Brass, Small Blood-vein and Waved Umber all new for the year. Flounced Rustic was the most numerous at 21. Whilst emptying the trap Sandwich Terns were noisily passing over the cottage as they had been throughout the night.
With the smell of rain in the air we set out yet again towards Mockmill where a party of six grounded Yellow Wagtails was flushed off the Desert along with two Mipits and a Wheatear. The sewer scrub was alive with Reed and Sedge Warblers, Common Whitethroats and Willow Warblers, a few Linnets and Reed Buntings, but nothing of any quality. There was no change to the usual wildfowl and hirundines on south lake. Kestrel and Marsh Harrier also noted. 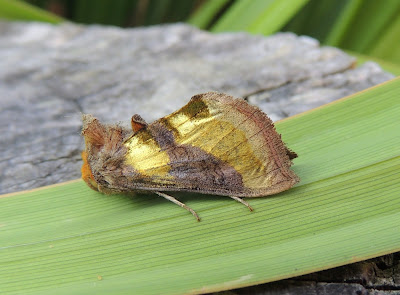 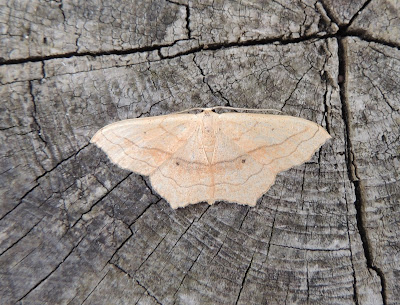 RSPB - After dropping off Barney and a spot of breakie my first stop was ARC where Lesser Whitethroat and Cetti`s warbler were added to the warbler tally around the willow trail, plus Long-tailed, Blue and Great Tits, several Robins and a Water Rail. From the hide singles of Wigeon and Pintail amongst hundreds of common wildfowl along with Lapwings, Dunlin, three Little Ringed Plovers, Turnstone, a Greenshank over and a Kingfisher in front of the hide. 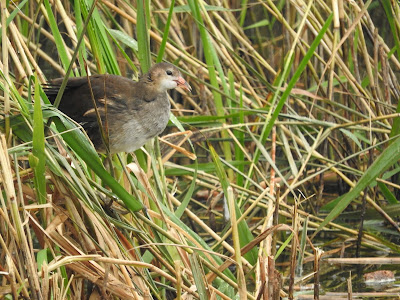 On Burrowes further wildfowl included three Garganey and another Pintail, two Great White Egrets, Common and Sandwich Terns and a colour-ringed Mediterranean Gull. From Makepeace hide I joined MH and PB where we enjoyed a `shank-fest` with 11 Greenshanks (one flock of seven), six Redshanks and an orange colour-flagged Spotted Redshank. Several Common Sandpipers, Dunlin, Ringed Plover, Oystercatchers and Lapwings completed a fine suite of waders. 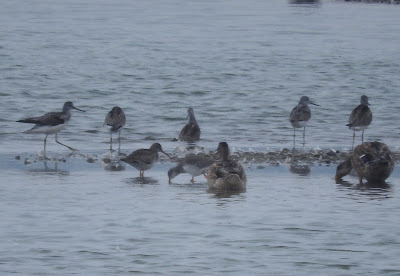 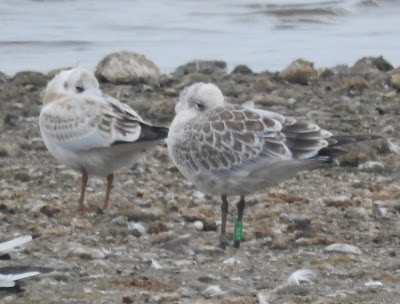 Lade again - A quick check of north lake this afternoon from Seaview Road revealed 10 Black Terns brought down by the drizzle that soon left high to the south. A scan of the beach from the Tavern later delivered a whole host of Dunlins, Sanderlings, Curlews, Oystercatchers and Ringed Plovers, plus 25 Knots, 15 Barwits and three Grey Plovers.
Dungeness - An hour from the fishing boats with MH and PB delivered a steady passage of Common and Sandwich Terns in an increasing south-westerly blow, plus 25 Black Terns and four Little Terns. A few Gannets drifted by and two Arctic Skuas chased the terns.
In summary a pretty decent days birding with 84 species noted and all within two miles of the cottage.
Posted by Paul Trodd at 11:52