Lade - cold, showery, S 2 - Spent the weekend catching up around the local patch following our two day stay in Folkestone. Compared to last week the weather had turned almost tropical with the thermometer steadily climbing into single figures and the blasting east wind relenting. However, despite the snow quickly disappearing ice takes longer to thaw and south lake remained half frozen with a wide strip of brash ice between the clear water and solid ice formed by the gale force wind. Around a thousand gulls were roosting on the ice including our first two Mediterranean Gulls of the spring, plus a small flock of Dunlins. Three Goldeneyes were among the low numbers of ducks and grebes, while there was no sign of the Long-tailed ducks on either lake. At least one of the wintering Dartford Warblers had survived the cold spell, briefly calling and sitting atop the gorse. 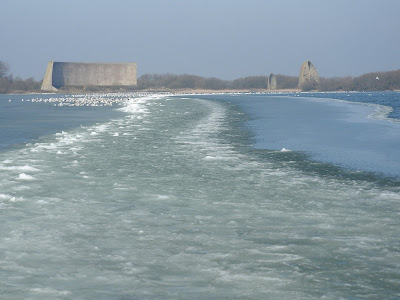 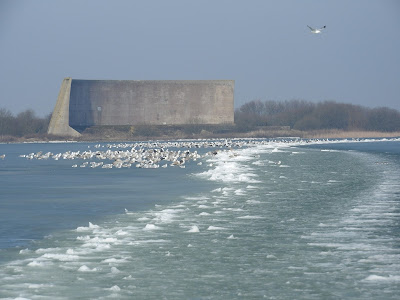 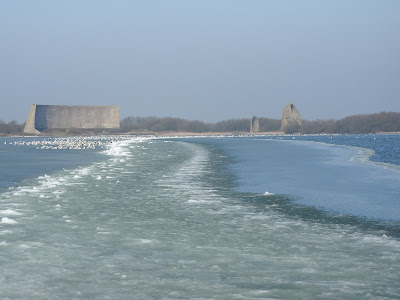 
Today we got out early, although there was no change from Saturday apart from a reduction in the ice cover on south lake to about a quarter. By late morning the rain set in from the south so we headed for home and a late breakfast.