Rye Harbour NR - 0830hrs - cold, sunny, sw 3 - Spent Thursday morning at Rye with CP checking out the Beach Reserve and sifting through the hundreds of waders on the high tide roost. Good numbers of Avocet, Redshank and Ringed Plover were the highlight, plus a supporting cast of Oystercatcher, Curlew, Turnstone, Bar-tailed Godwit, Dunlin, seven Knot, four Grey and 200 Golden Plovers on Harbour Farm.  On the wildfowl front plenty of Sheldduck and Shoveler were present alongside a few Gadwall, Teal, Wigeon, Tufted Duck a pair of Pintail and two laggard Brent Geese. 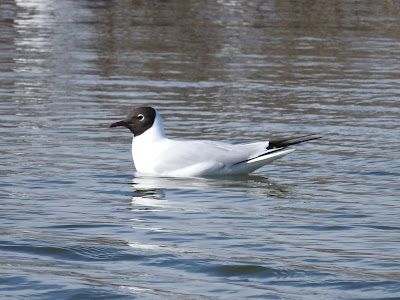 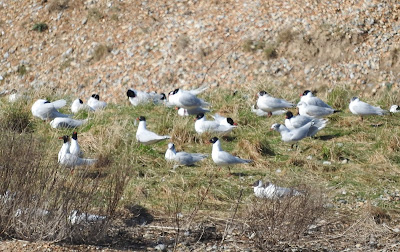 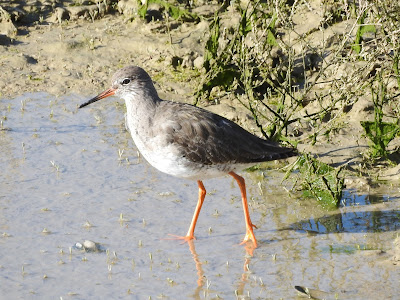 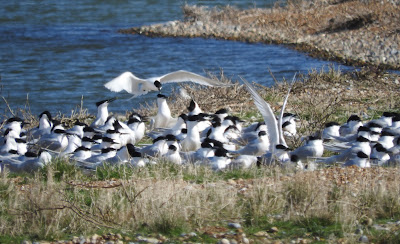 On Ternery Pool around 150 Sandwich Terns and 120 Mediterranean Gulls were making their presence known amongst 500 or so Black-headed Gulls, some of which were already on nests. The cacophony of noise from all three species was a joy to behold and so typical of early spring on this famous old nature reserve.
Also noted around the site Dabchick, Skylark, Meadow Pipit and Linnet. As we got back home on the Marsh the first spots of rain arrived heralding a wet afternoon.
Posted by Paul Trodd at 01:16