A feast of terns & waders

Dungeness - 0615-0745hrs - cloudy, rain, s4, poor viz - Arriving at the concrete road as the rain band crossed the peninsula necessitated a rapid switch of position to the fishing boats, not ideal but at least there was some shelter from the elements. About 100 each of Sandwich and Common Terns were coming and going between the bays, plus 80 Gannets, 55 Common Scoter, 20 auks (five Razorbills) and 10 Fulmars heading down-Channel. Moving up-Channel were 30 Gannets, 10 Fulmars, 35 Common Scoters, 15 auks, three Arctic Skuas and singles of Bonxie, Kittiwake, Red-throated Diver and Little Gull. Several harbour porpoises were feeding offshore. We cried off as the weather worsened and headed home for breakfast; although I learnt later from CP that a large pulse of scoters, waders, terns, divers and skuas passed offshore throughout the morning, including several Poms and a Great Northern Diver.
Lade 1100hrs - With the rain easing we checked the pits where a small flock of hirundines hawking insects over the causeway contained all three species. Just as I was about to leave a flock of ten Arctic Terns rained down on north lake, flew around calling for five minutes and headed off high east.
Littlestone - From Dunes road a walk onto the farmland and a recently trenched spud field attracted two Yellow Wagtails (scarce this spring) and a singing Corn Bunting towards Belgar Farm. Also noted Kestrel, Red-legged Partridge, Skylark, Mipit and Whitethroat. In the woodland singing Chiffchaff, Blackcap, Song and Mistle Thrushes. Checked the hirundines on the sewage works, but only Swallows present, plus Green Woodpecker and Linnet in an adjacent paddock; also noted a large patch of Japanese Knotweed by the railway line.
From the Varne a flock of 25 Bar-tailed Godwits, mostly in summer plum, was quite a sight along with all the usual beach waders, plus ten Whimbrels over calling.


Dungeness RSPB 1530hrs - News of a pair of Black-winged Stilts had us hot-footing to the bird reserve and the flooded hayfield behind Christmas Dell for superb views of this ridiculously long-legged wader, where they certainly looked at home. A Wood Sandpiper seen earlier had departed the flood but on the walk back to the car park both Whimbrel and Greenshank passed overhead calling. 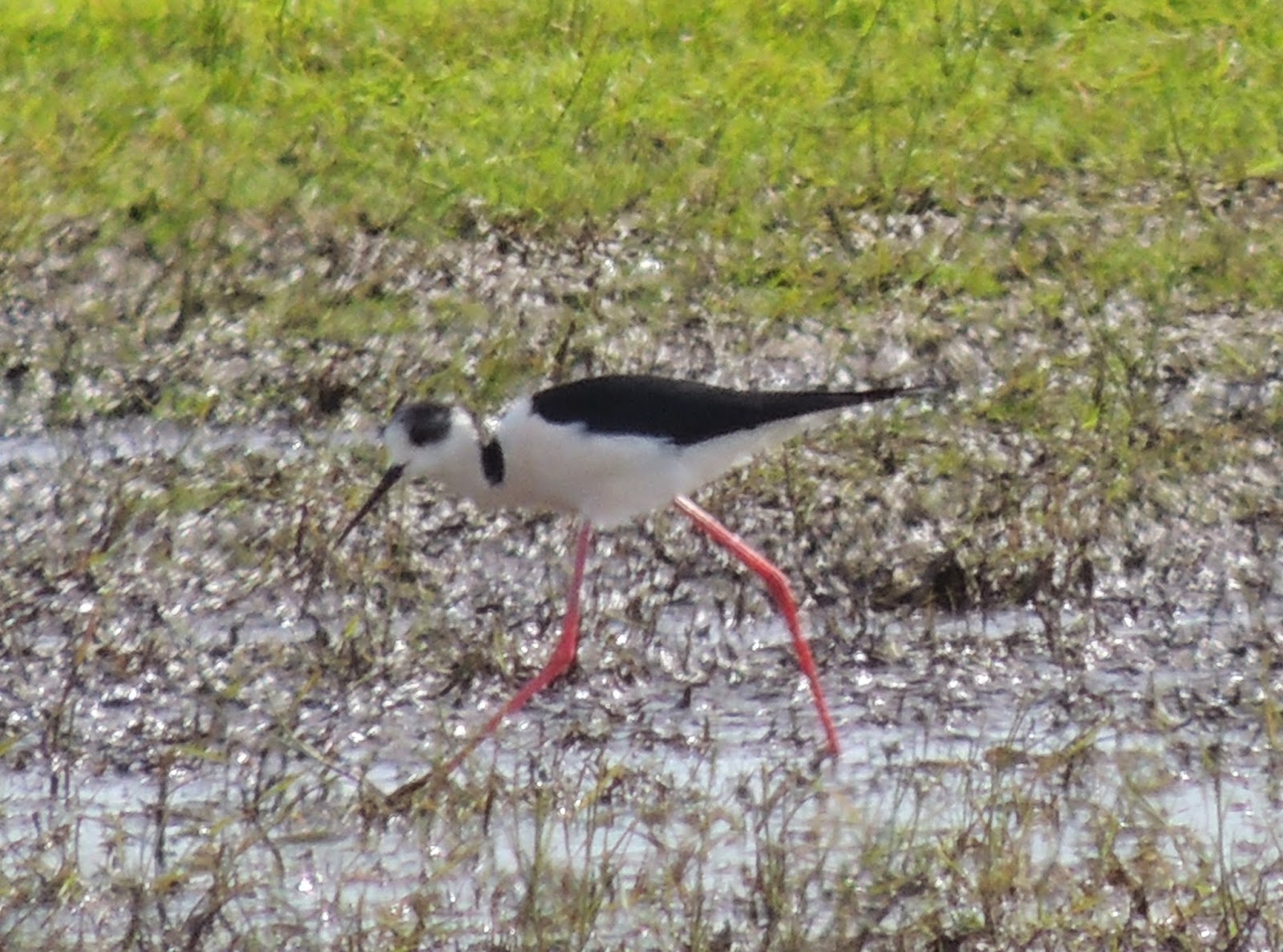 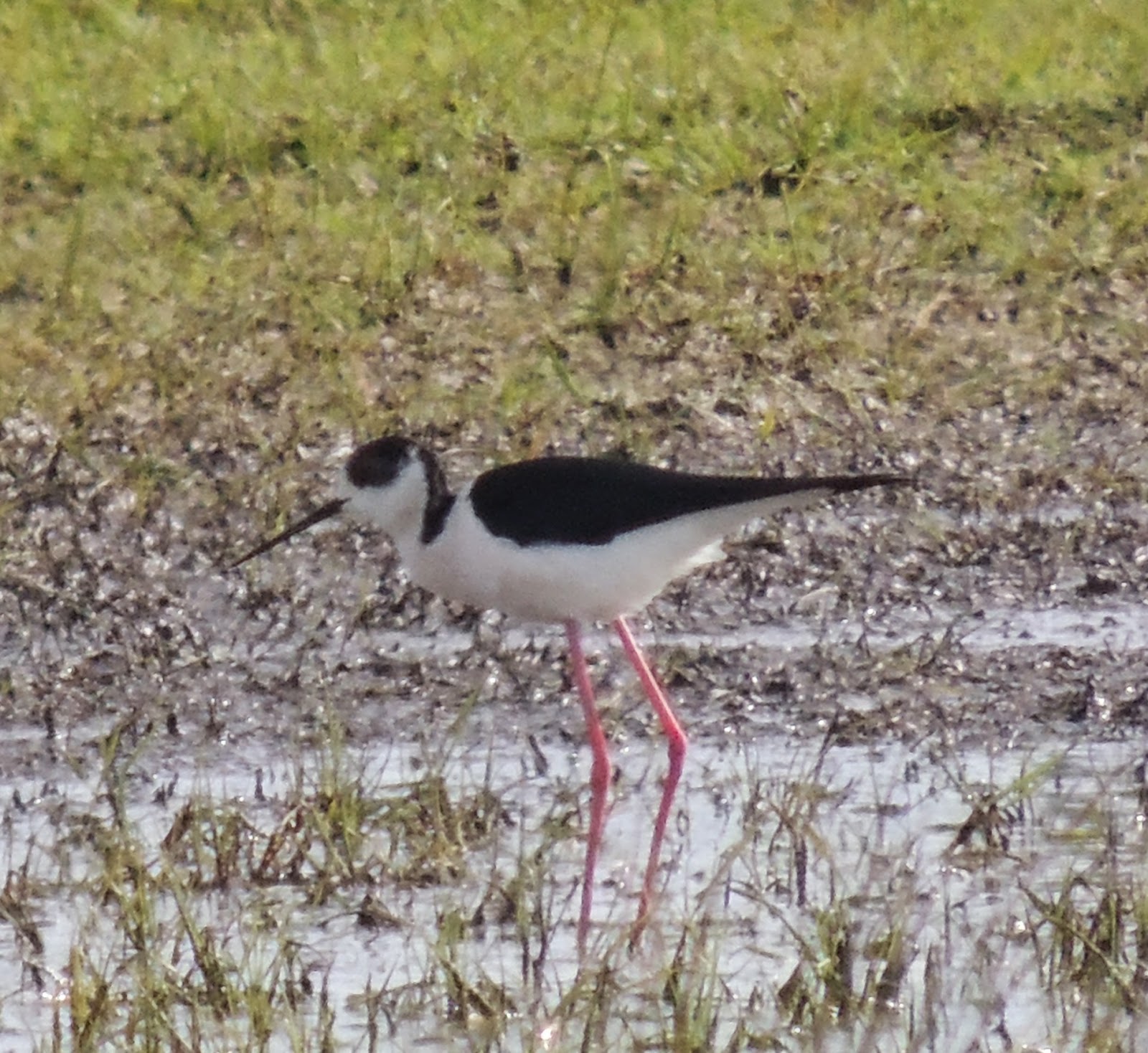 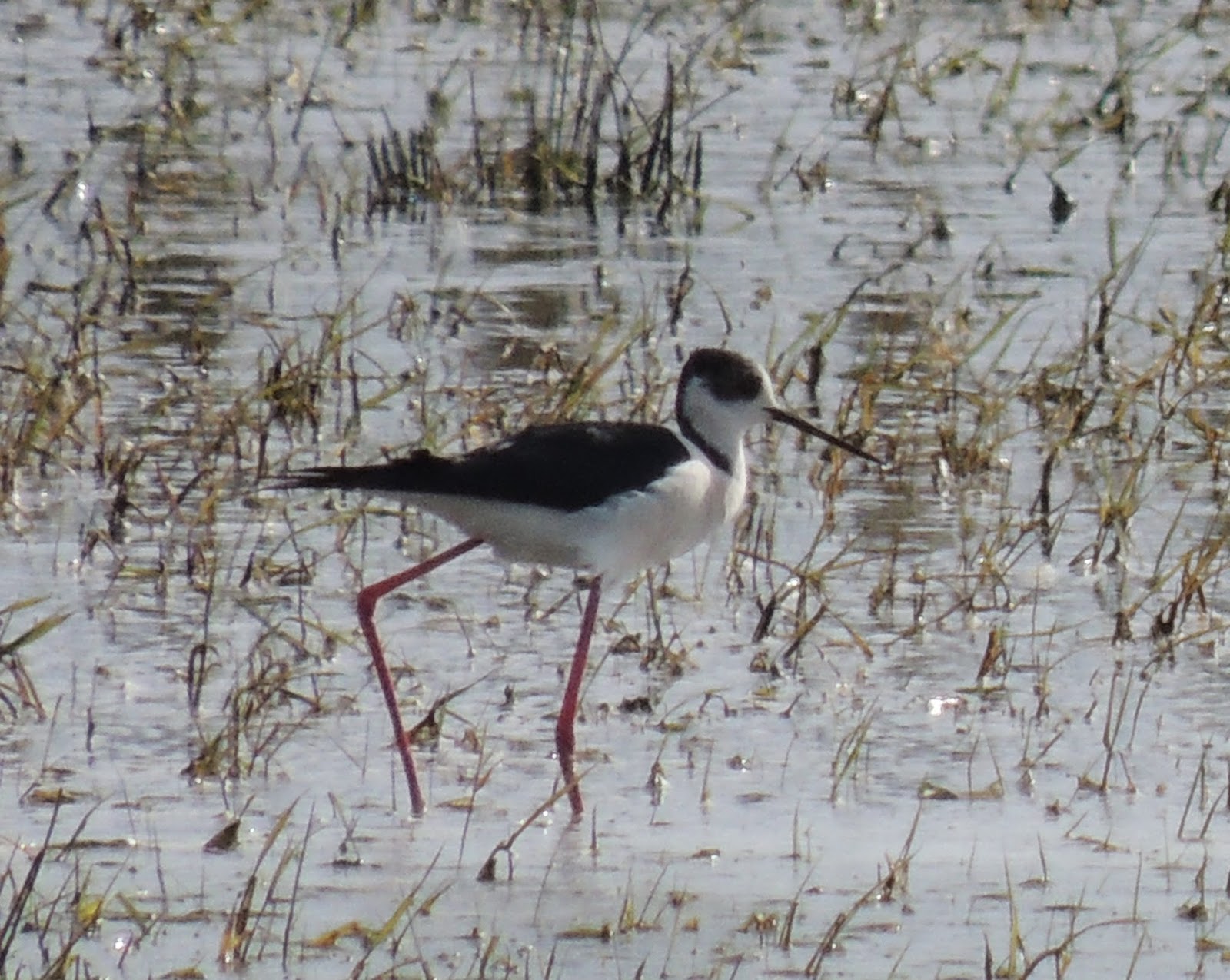 
On ARC a flock of a couple of hundred terns were not only hawking insects, but also sitting on the water. Although the majority were Commons on closer inspection many of the 50 on the water were Arctics, along with at least 20 Black Terns in full summer plum and two Little Terns. Only wished I`d had a bit more time to grill them further.
In summary, a sensational day across the peninsula dominated by terns and waders.

Arctic and Black Terns, ARC
Posted by Paul Trodd at 10:19