Lade - 0830hrs  - mild, cloudy, ne 3 - Spent a couple of hours wandering around the local patch this morning during which time we recorded our first Swift of the spring over south lake heading north. A 30 minute viz mig from the aerial mound delivered 12 Swallows, four Goldfinches, two House Martins and a Redpoll. Several broods of Mallard were on the water including one with 14 ducklings, which appeared to relate to a single brood. The male Blackbird that has been singing with great variation throughout the spring in the willow swamp was doing a Mistle Thrush impression today, having previously done Fieldfare and a pretty passable Golden Oriole already this month. More breeding warblers had dropped in over the past few days with Whitethroats just about everywhere in the scrub and Reed Warblers in the reedbeds.


Lydd Heronry - 1115hrs -  Counting the Lydd heronry from the ground is not as easy as you`d think, particularly as most of them nest in the holm or evergreen oaks which have thick green foliage the year round. However, standing atop the church tower of All Saints (aka the `Cathedral of the Marsh`) looking down is a different matter and enables a far more accurate count, combined with a walk around The Grange, looking up. This is my third visit to the heronry this spring and the good news is that with 21 occupied nests the old Grey Heron is doing very nicely thank you with plenty of healthy looking `branchers` clambering around the tree tops. Also noted were five nests of Little Egrets, two more than last year.
Whilst at The Grange I passed on the latest news to the owners, Mr & Mrs Eagar, who were fully aware of what a privilege it is to have such a thriving colony of herons and egrets in their grounds. Thanks are also due to Pat Carter for arranging access to the church tower and to Rocyn Williams for opening up and climbing the tower with me. 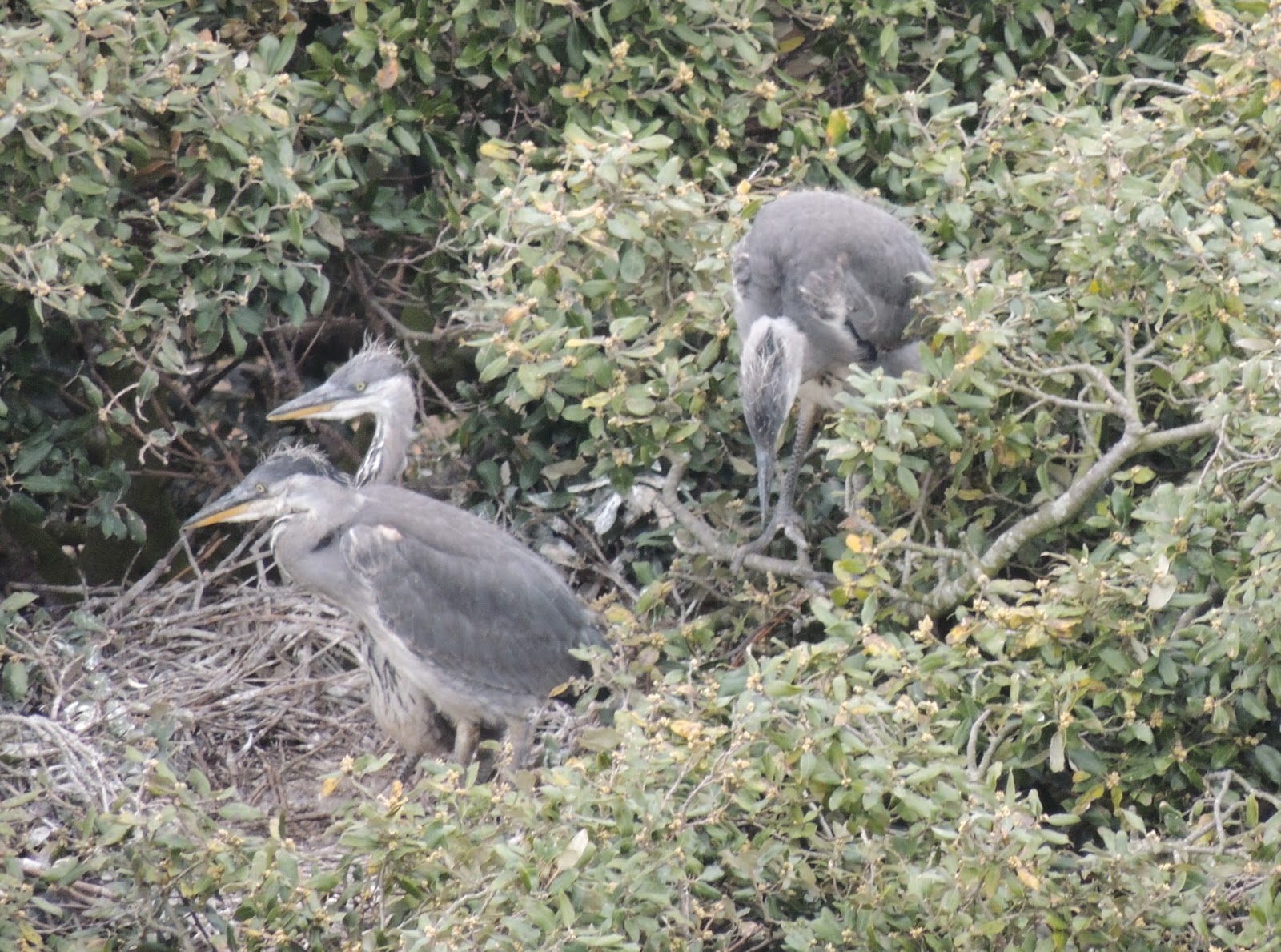