A walk in the woods

Dungeness - 0615hrs - warm, dry and sunny, nw 2 - As this was the only day I could get down for an early seawatch this week we pitched up at the hide with BM already present and were joined later by TG and PB. To be honest it was dreadful with hardly any movement and most stuff miles out. Anyhow, we toughed it out for 90 minutes for the following up-Channel movement: Red-throated Diver 2, Brent 4, Gannet 6, Merganser 2, Curlew 1, Sandwich Tern 20, Common Tern 23, Shelduck 3, Common Scoter 67. A Swallow and 13 Crows came in, plus an unfortunate black and white Feral Pigeon which was spectacularly clobbered by a pair of Peregrines with the female feeding on the corpse for at least 15 minutes on the beach before the male was allowed in on the feast. The only other bird of note was a 1st winter white-winged gull that came off the Patch and headed towards the boats, only had bins views in the bright sunshine, but I couldn`t be sure, although Iceland Gull was called.
ARC - Checked for yesterdays Black Terns but to no avail, good job I`m not year listing...
There was only one moth in the garden trap, a Flame Shoulder, which was new for the year. 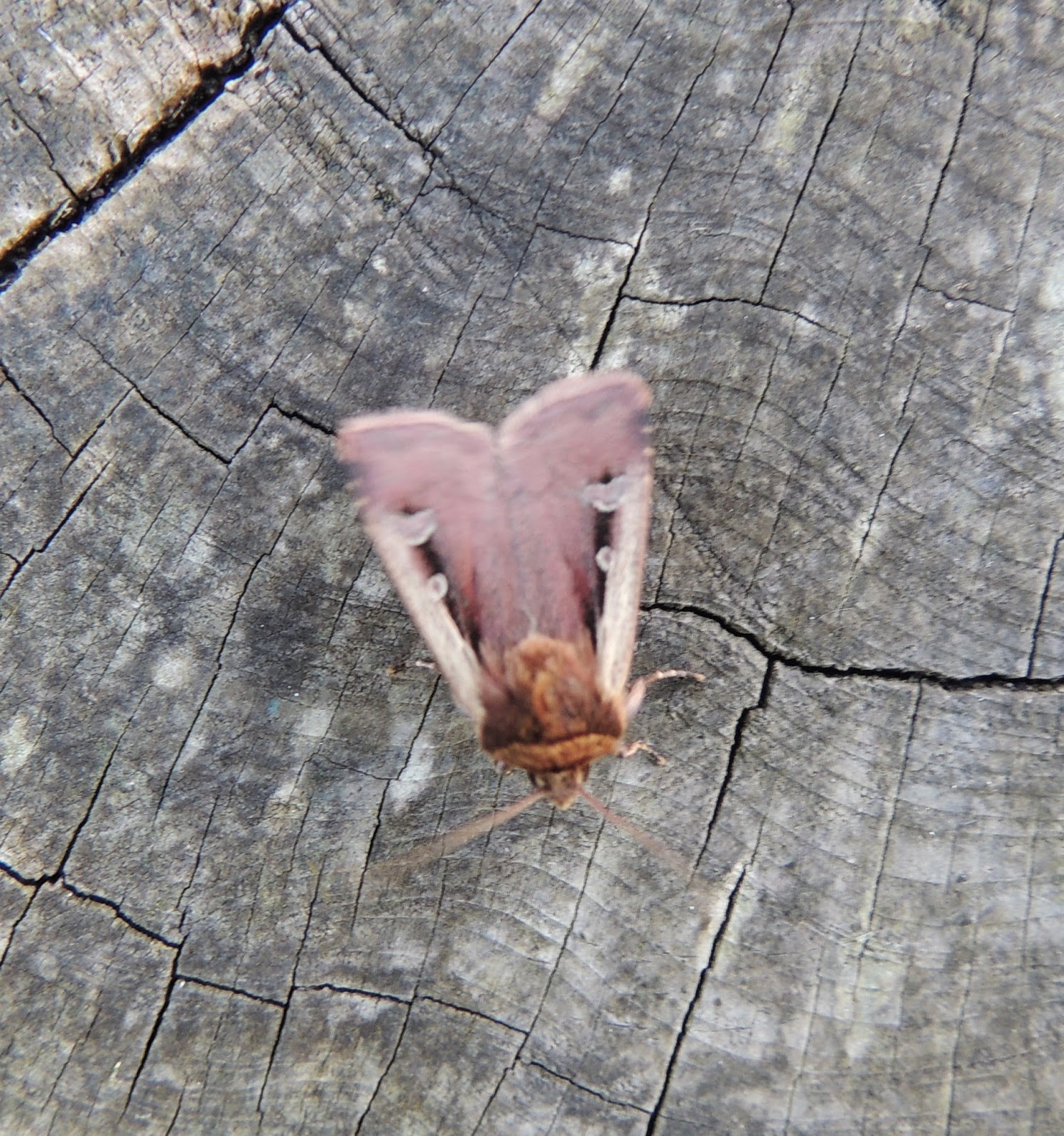 Park Wood, Appledore - 1000hrs - Seeing as it was clear last night and there was nothing doing on the coast we decided on a walk in the woods this morning. In truth it turned into more of an expedition with Mrs PT, No 1 & 2 daughters, plus 3 year old grandson, Barney and enough victuals and paraphernalia to sustain a trip to the South Pole! There were snacks, coffee, tea, flasks, biscuits, boots, coats, hats, gloves, sunglasses, rucksacks full of goodness-knows-what and a potty. Our progress through the wood was not silent, but we still managed to hear a couple of Nightingales, along with numerous Blackcaps and Chiffchaffs, Green and Greater peckers, Nuthatch, Treecreeper, Jay, a hooting Tawny Owl, Buzzard and Bullfinch. Best of all though was the fabulous display of bluebells and other woodland flowers, plus six species of butterflies in the warm sunshine including speckled wood and orange tip. A great time was had by all with the little fella particularly interested in the wooden bivouac and the shoe-tree. 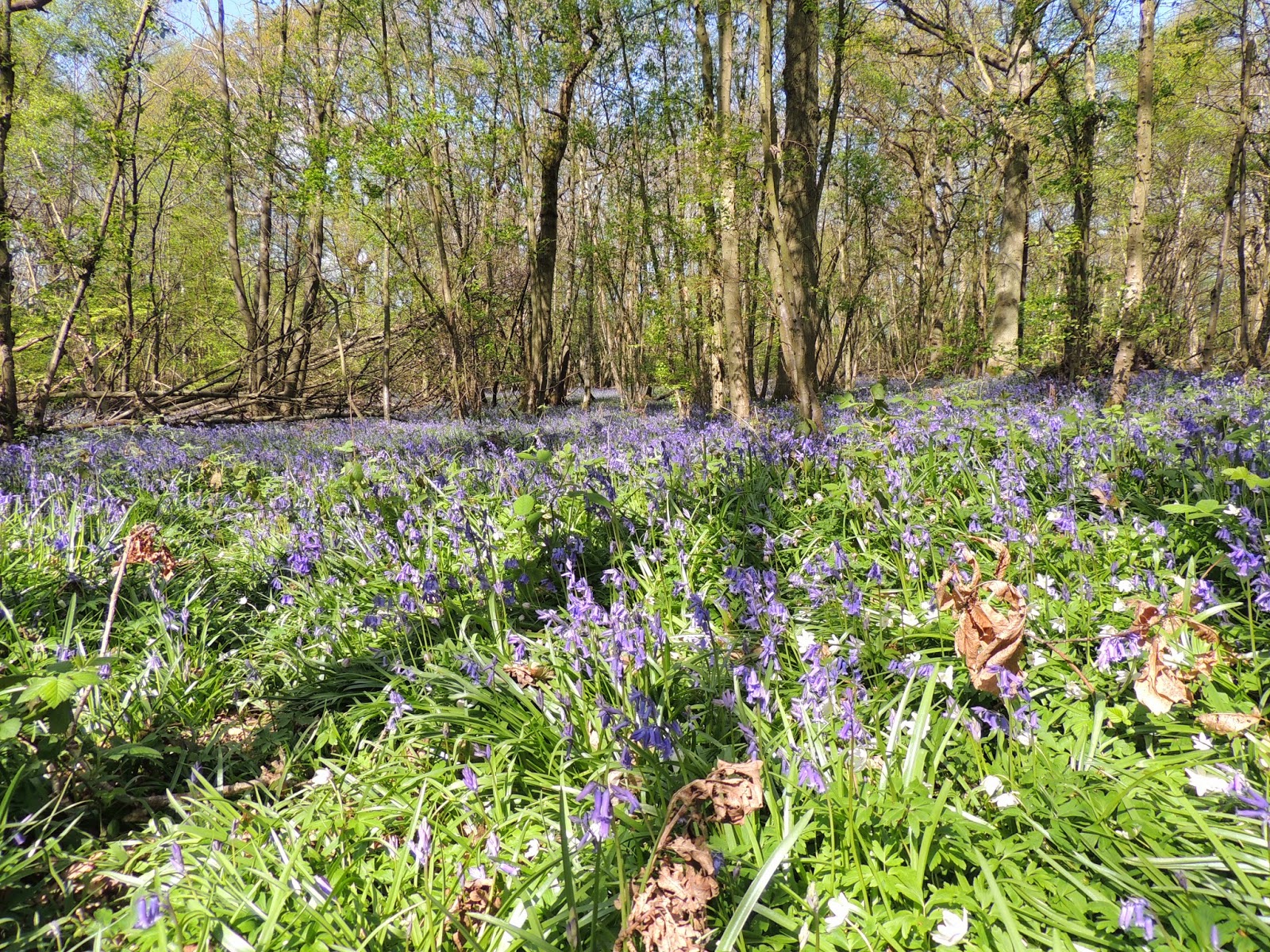 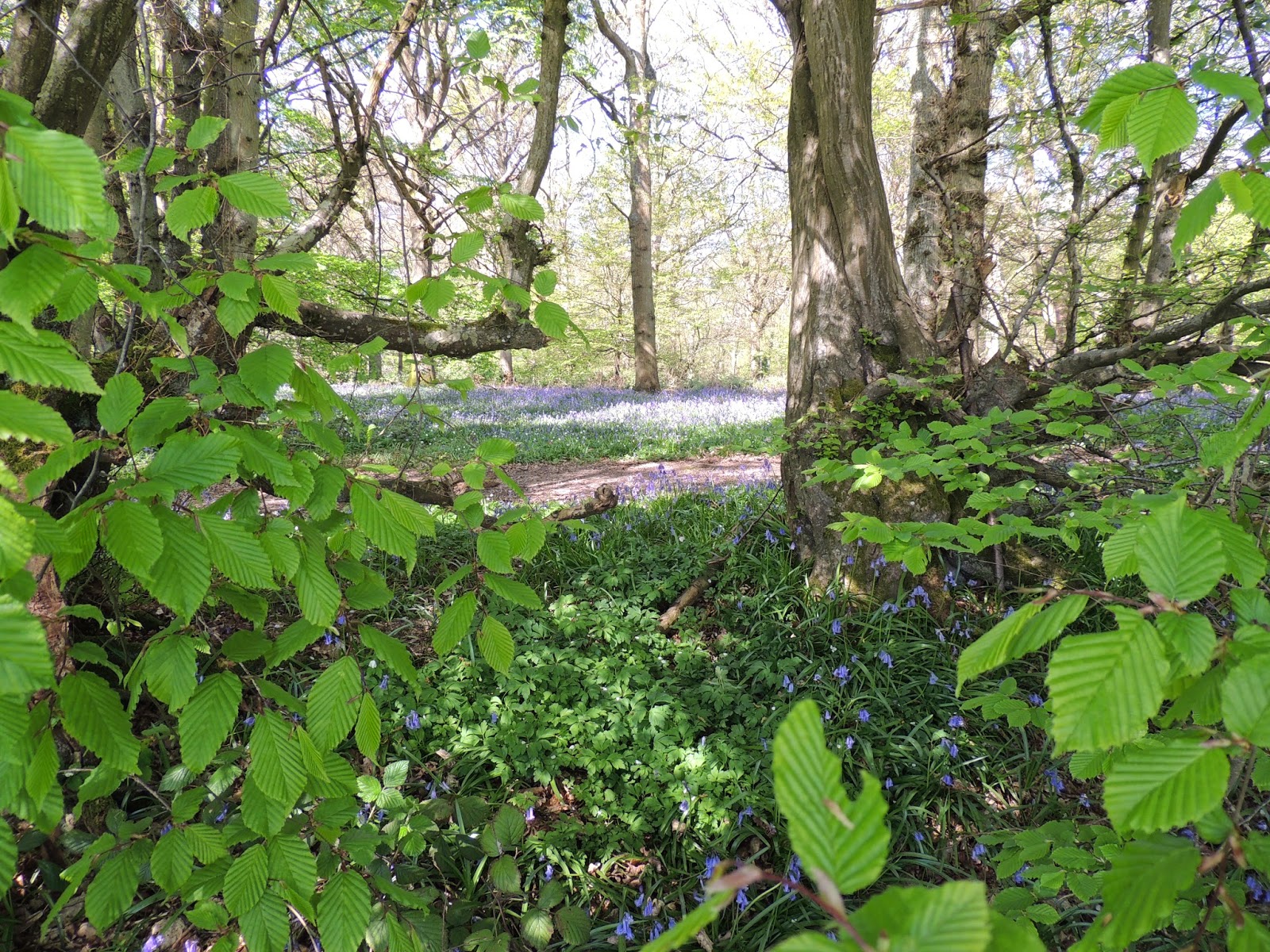 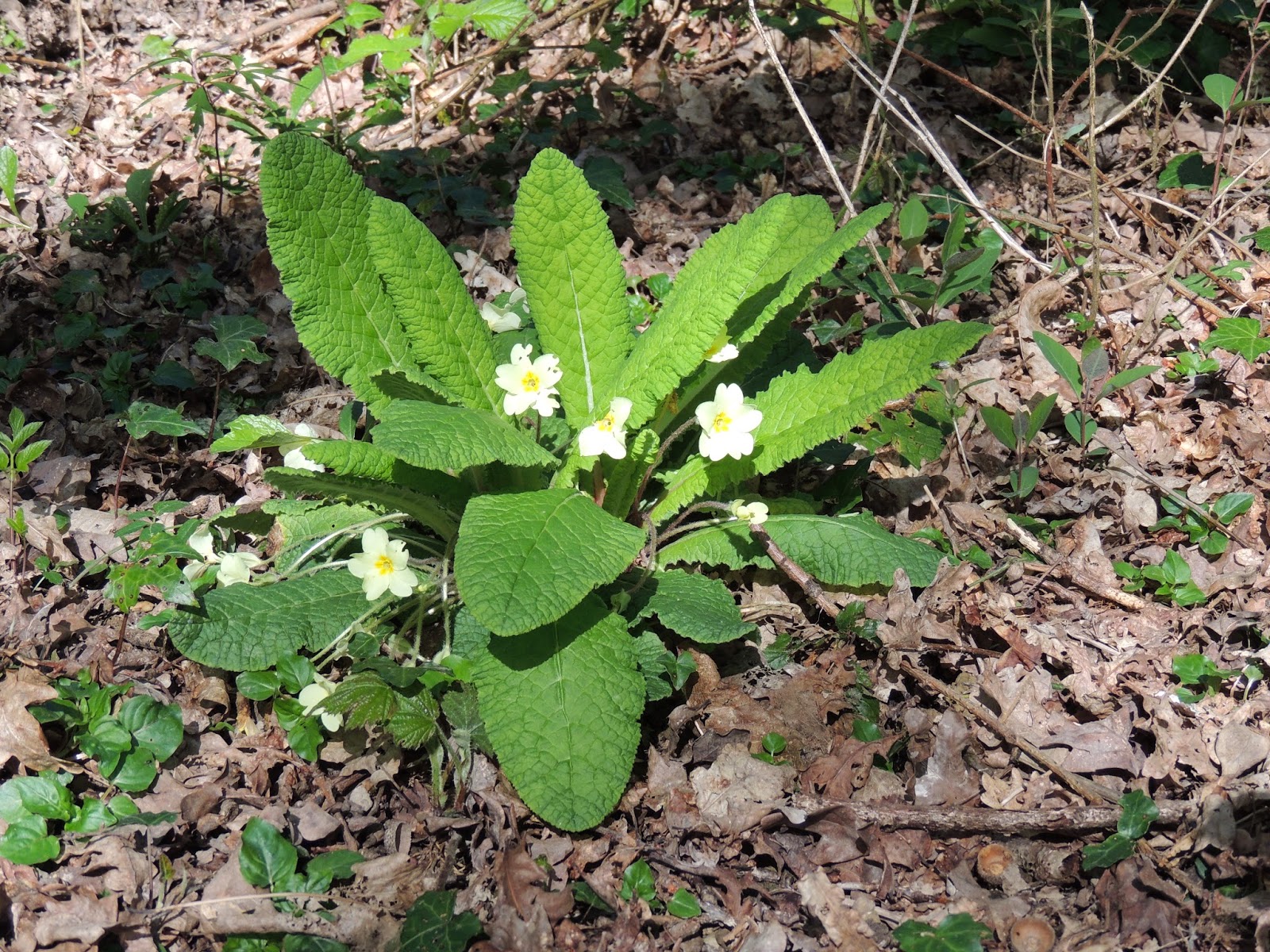 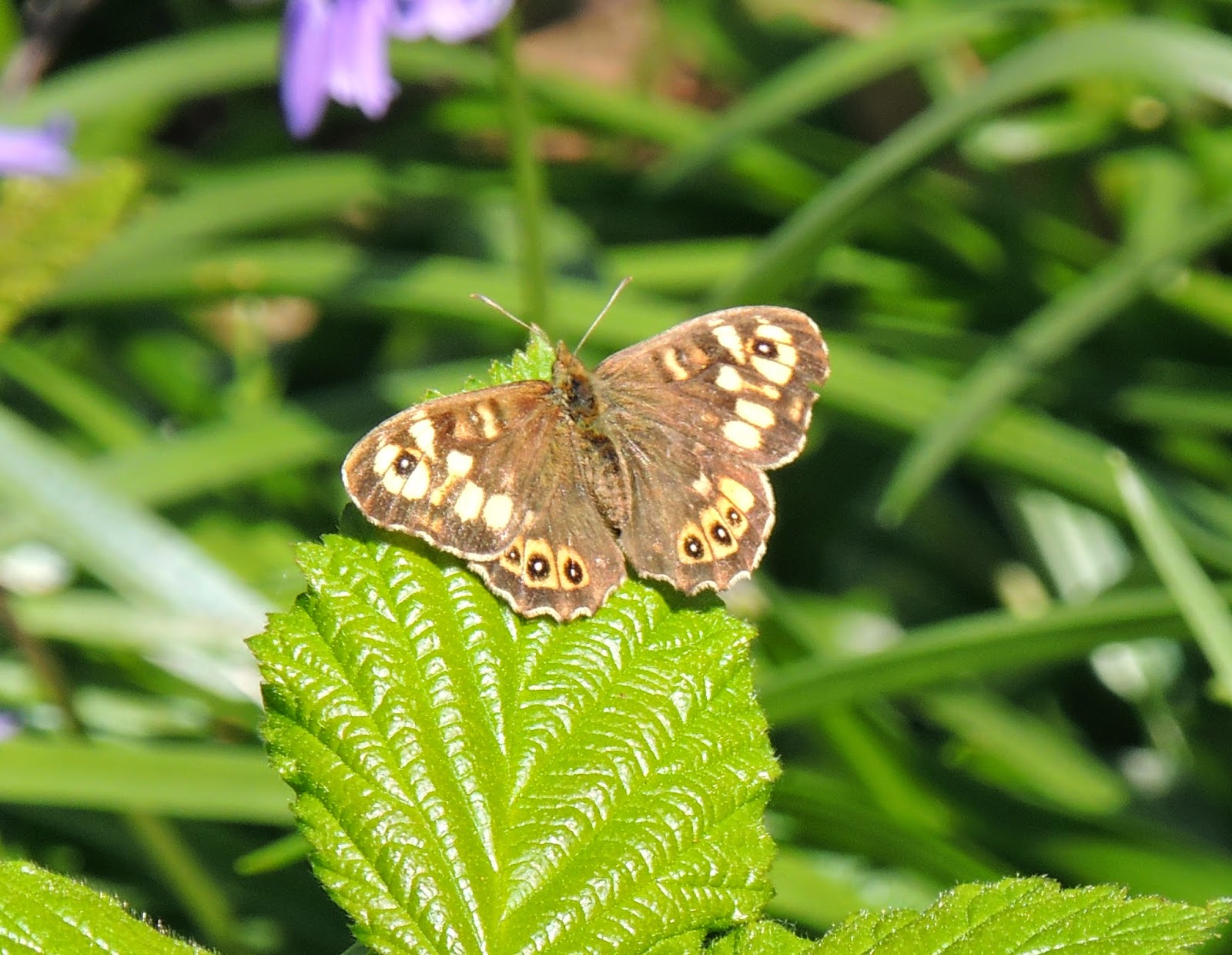