Dungeness - 0915hrs - warm, dry, sunny, ne 2 - Nothing much happening on the sea during the 45 minutes I was on site with a 100 Commic Terns offshore and only a passing Bonxie of any note.
Dengemarsh - The field opposite the chicken sheds had a Raven feeding on a dead fox, but as I fumbled for the camera the huge corvid took flight and left me cursing my lack of foresight in not having the camera at the ready in time. Checked out the hayfields but there was no sign of the stilts, or any other waders for that matter, with just Shelducks and Little Egrets present. Bearded Tits showed well from Springfield Bridge and a Sedge Warbler posed for a piccie.

Lade - The garden moth trap held six species including the first Buff-tip of the year, amid numerous Tawny Shears and Light Feathered Rustics. 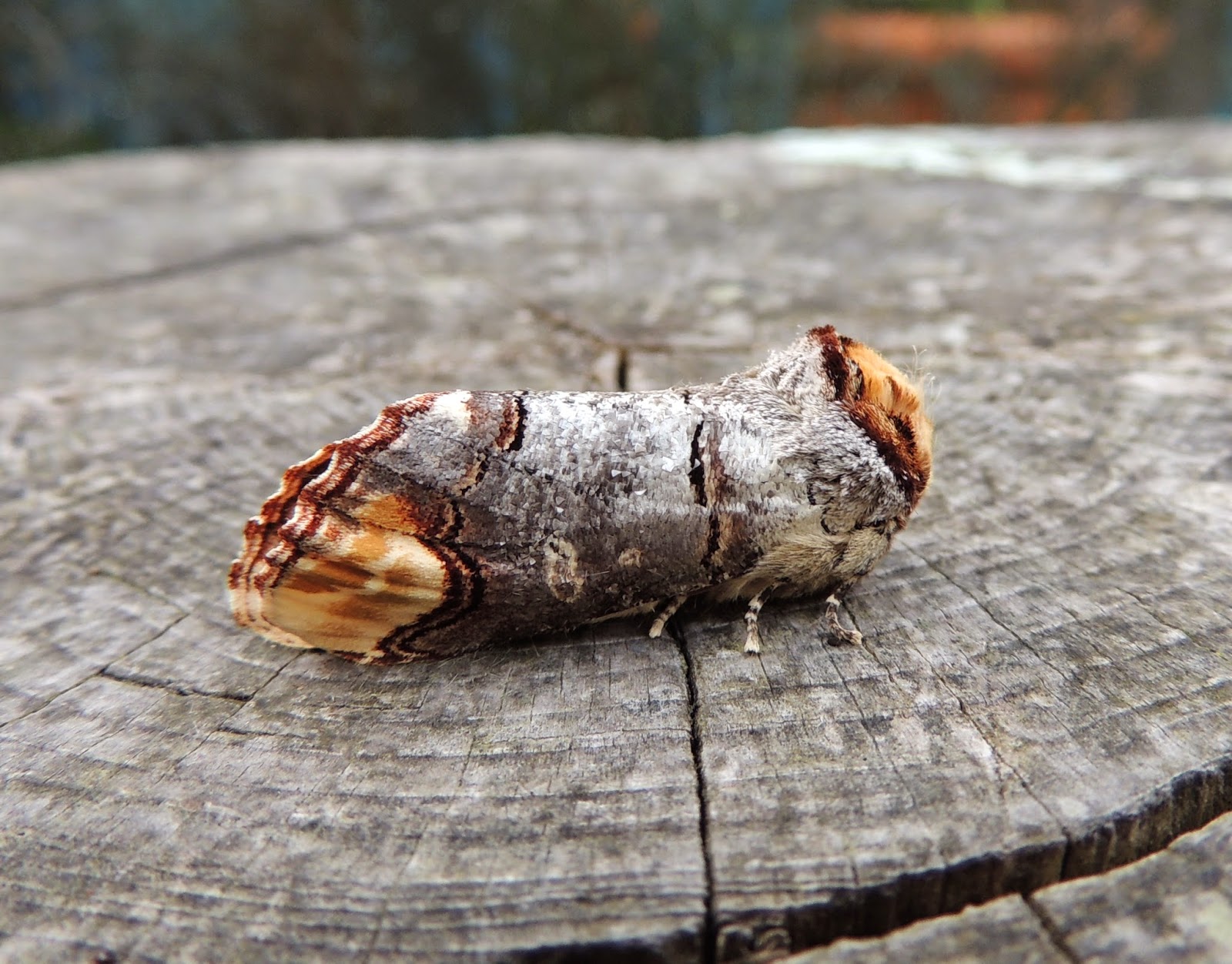 Dungeness - 1815hrs - An evening visit to the lighthouse garden for an elusive Yellow-browed Warbler delivered two brief views of the bird as it moved through thick cover, just good enough for a year tick if, of course, one was keeping such an irreverent list... A spring Yellow-browed is a rare beast indeed down here, and all the more odd considering the dearth of `common` passage migrants. And, what has happened to the hirundines? Normally by now the waters hereabouts are swarming with Swallows (and one or two Red-rumpers), but not so far, I think 50 over ARC is the most I`ve seen over a couple of days, perhaps next week ...
Posted by Paul Trodd at 12:48