Lade - 0700hrs - humid, cloudy, showers, light airs - Another good catch in the garden moth trap last night with three year ticks, including Bordered Sallow and Dark Tussock.
A circuit of the local patch again yielded good views of the rufous variant Cuckoo going about its business of parasitising Reed Warblers. At least five pairs of Great Crested Grebes had juvs on the water and a Water Rail showed briefly in the willow swamp, the first I`ve seen for ages, although I expect there are plenty present. An adult male Marsh Harrier drifted behind the `mirrors`, while both Sandwich and Common Terns fished over south lake.

Scotney - Feral geese on the lake and grass numbered at least 600 Greylag, 150 Canada and a Barnacle. The two island Herring Gull colonies, numbering about 130 pairs, was a hive of activity with many juvs out of the nests. Avocet and Oystercatcher were noted with juvs and the first post-breeding flock of Lapwings lounged at the Sussex end.
ARC - Nothing much here except the usual ducks and grebes with young, a few passing hirundines and a singing Chiffchaff.

Kerton Road Café - The café was a-buzz this afternoon with the talk of rare moths. First up was a Beautiful Brocade trapped by the café owner and the first one locally for ages. This was usurped in rarity value by a mega - a Banded Pine Carpet trapped at Greatstone, which was only the second British mainland record, following one recently at Bracklesham, West Sussex.
It was almost as exciting as seeing a Short-toed Eagle in Orlestone Forest...
Walland Marsh - Joined Marshman for an evening visit around his native habitat. The main thrust of the exercise was to listen out for crakes, of which we heard none. The weather was almost as fascinating as the birds with great, black thunderclouds rolling in from the south accompanied by sheet lightening, which as the night closed in became even more spectacular. However, raptors of noted included 10 Marsh Harriers, four Buzzards (one very pale bird) six Hobbies, Barn and Little Owls. Unsurprisingly Yellow Wagtails and Corn Buntings were in short supply, but Tree Sparrows seemed to be doing ok. Also noted, Water Rail, Cuckoo, Cetti`s Warbler, Reed Buntings, Linnet, Skylark, Reed and Sedge Warblers, Grey Heron and Green Woodpecker. 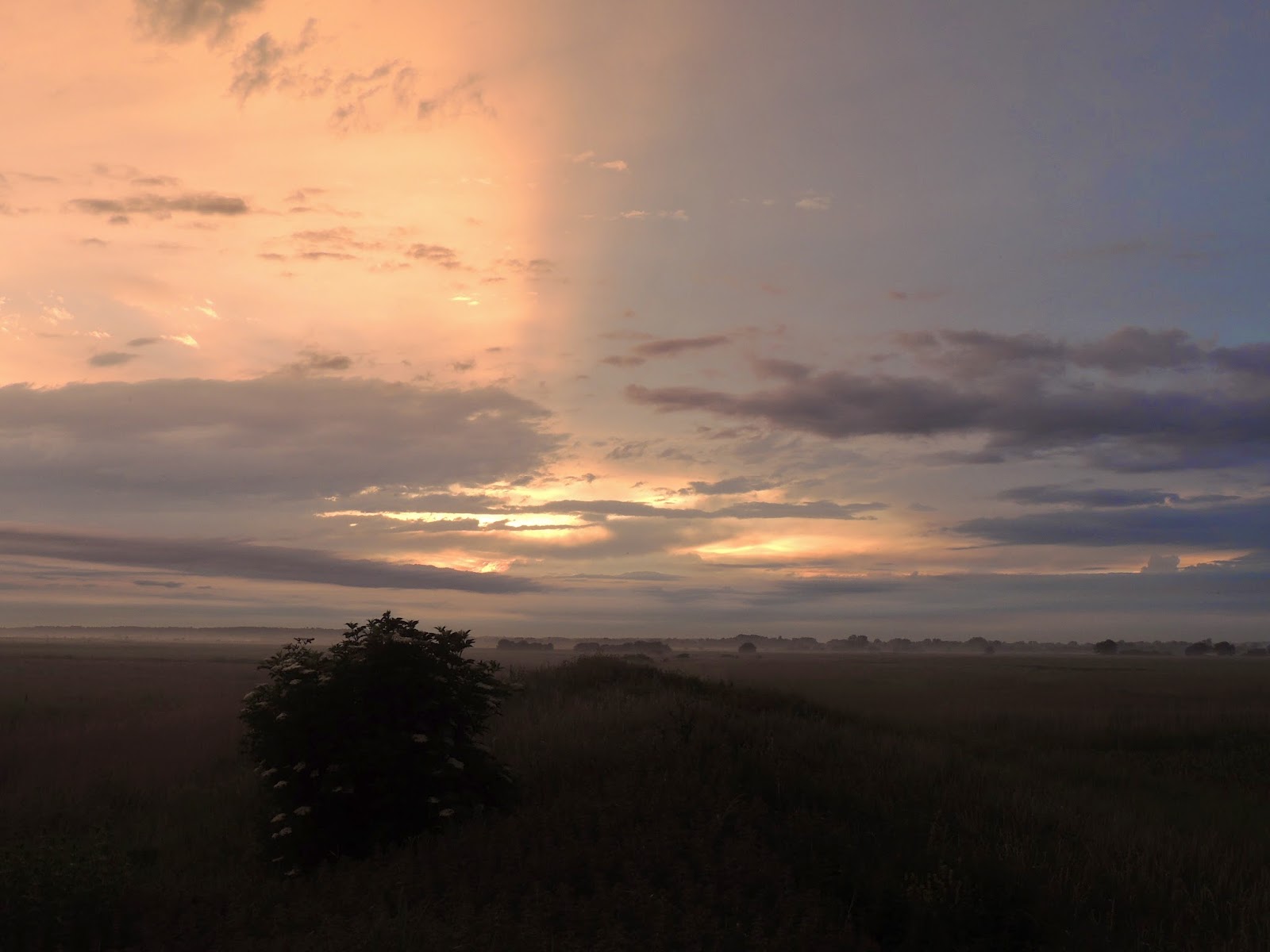 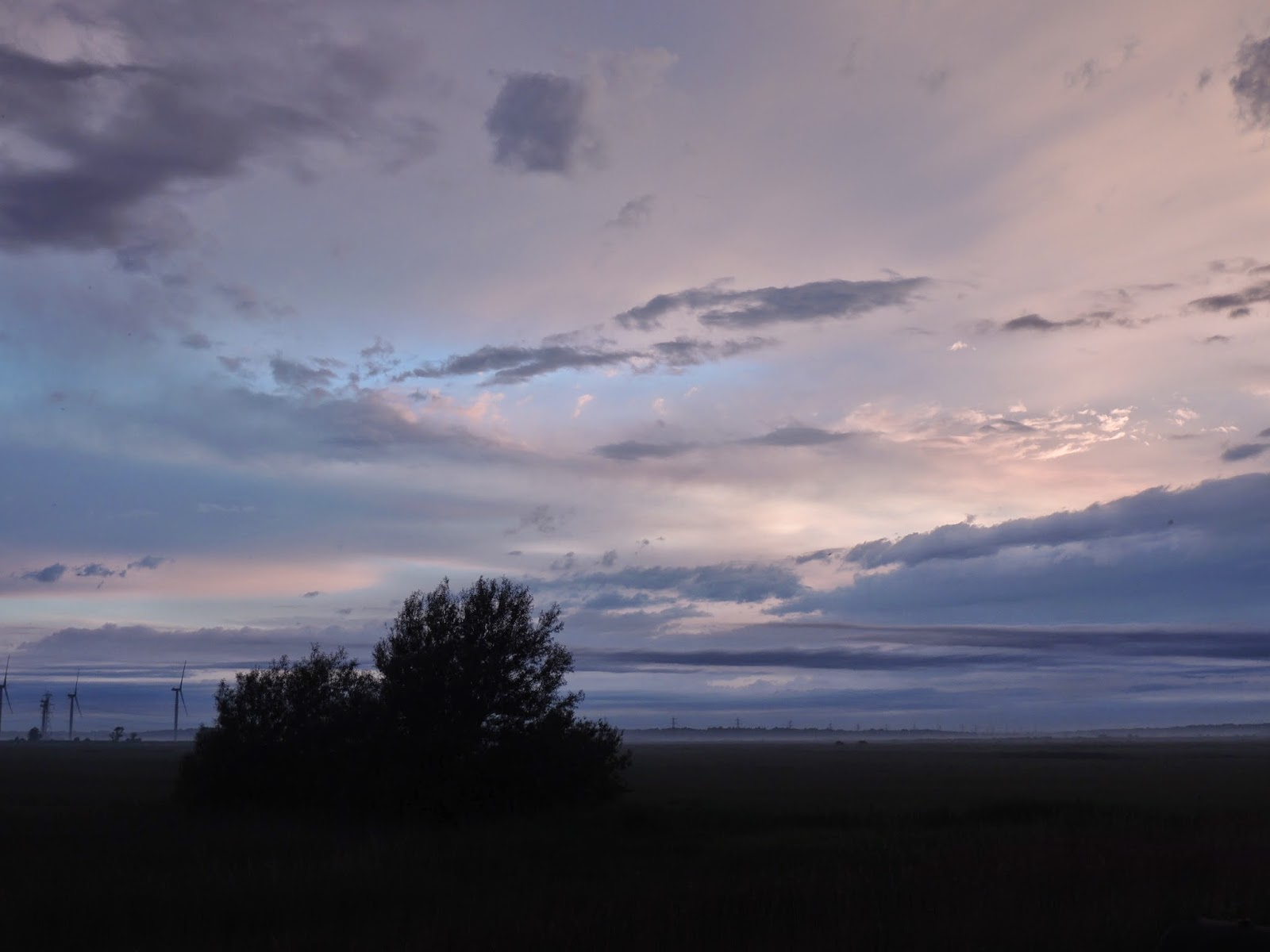 Storm clouds over Walland Marsh
Posted by Paul Trodd at 10:43