Lade - hot, dry & sunny, se 2 - A quiet couple of days on the natural history front, due to grandparent duties, although this morning recorded the best catch of moths so far this year, in the garden trap, with 32 species of macros of which 10 were new for the season, including L-album and Shoulder-striped Wainscots, Green and Galium Carpets, Puss Moth, Grey Dagger, Small Dusty Wave, a pristine Elephant Hawkmoth, plus a trap record of 15 Small Elephants. 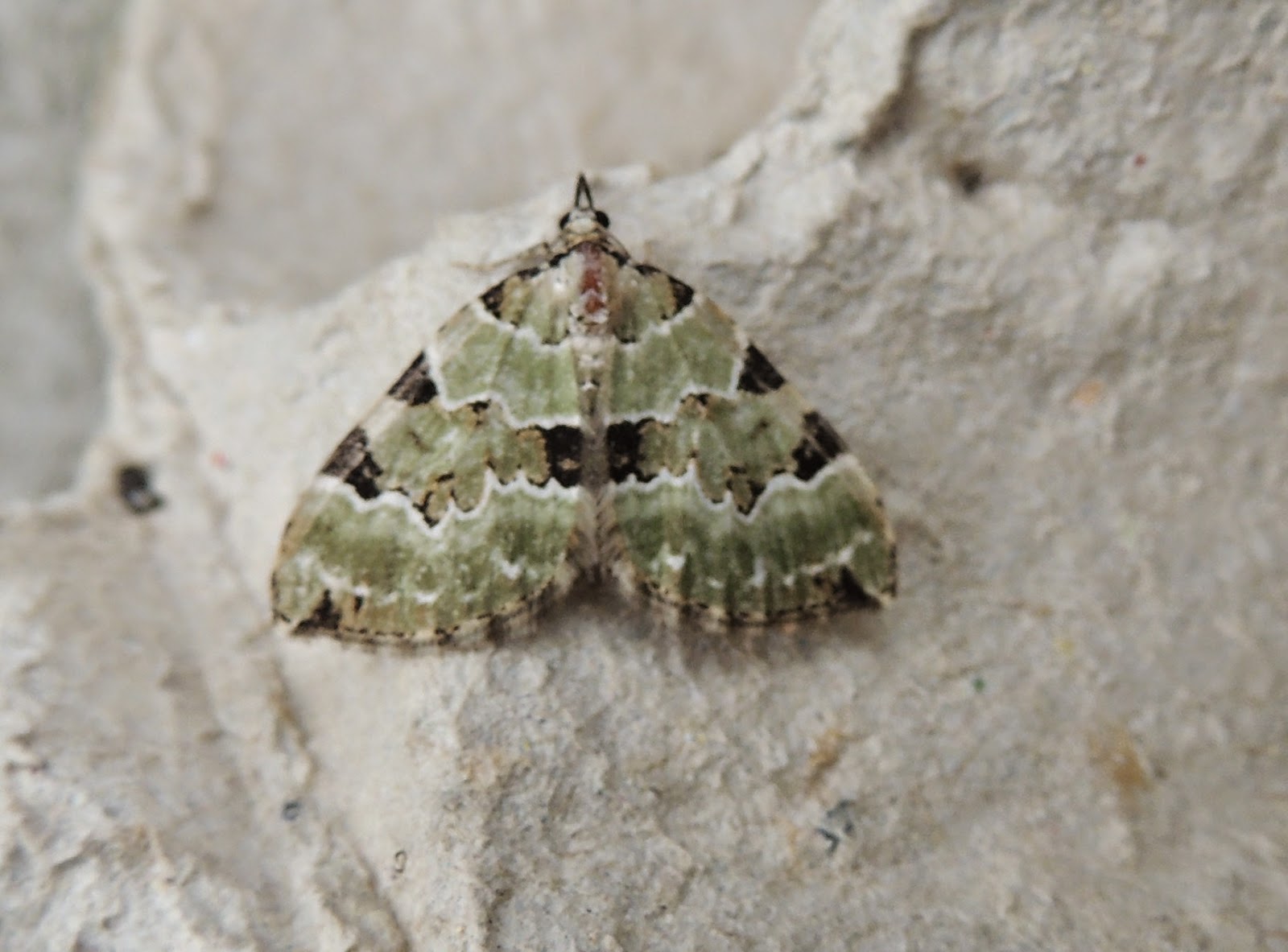 A circuit of the local patch mid-morning, in hot sunshine, produced very little birdwise apart from  a couple of Med Gulls and Sandwich Terns over calling. Back along the foreshore two dogfish were washed up on the tideline dead in discarded fish netting.

NB: The only local bird news I heard of this weekend concerned a Glossy Ibis still present on the bird reserve and a Golden Oriole that briefly sang in the trapping area yesterday morning.