Dungeness - warm, dry and sunny, SW 3 - Following drizzle and low cloud around dawn I optimistically opted for a circuit of the Long Pits and Trapping Area. A couple of large mixed passerine flocks was about all I could muster comprising mostly Blue and Great Tits, Chaffinches, Chiffchaffs and Blackcaps. At least 10 Kestrel noted and two Sparrowhawks. 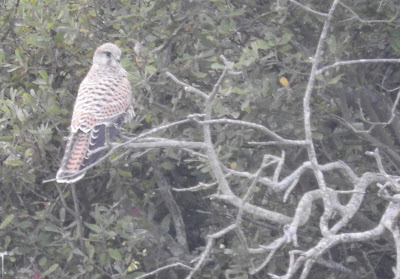 From Hanson hide this morning the usual eclipse ducks, including four Garganeys and three Shelducks, Redshank and two Snipe, plus five Black and two Arctic Terns amongst the Commons over the lake. Also noted Bittern, Great White Egret, Marsh Harrier, Water Rail, Cetti`s Warbler and hundreds of Sand Martins and Swallows.
An hour at the fishing boats this afternoon with the locals was notable for a Balearic Shearwater, several Arctic Skuas, all distant, Kittiwake, and a trickle of Gannets, Sandwich and Common Terns.
The garden moth trap has been low in numbers all week due to the wind, although last night did yield a migrant Delicate. 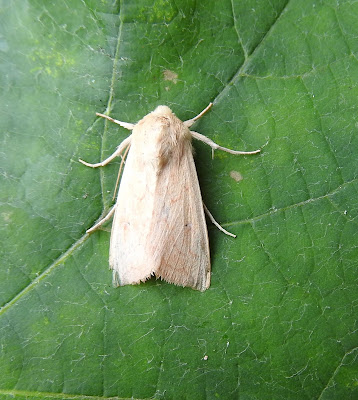 Delicate
Posted by Paul Trodd at 08:33