Lade - warm, dry and sunny,  E 2 - Another cracking autumnal day with warm sunshine throughout. The Spotted Flycatcher remained around the ponds along with a few Chiffchaffs but little else. On the Desert three Stonechats, two Wheatears, a Merlin, four Kestrels and 20 Mipits. 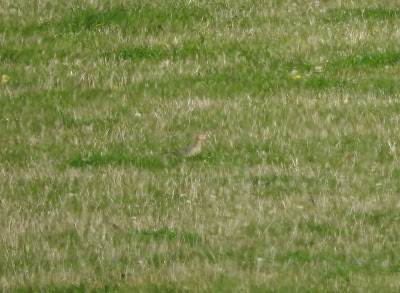 Scotney - Had a run out with CP where we eventually located the Buff-breasted Sandpiper all alone on a grass ley beside a flooded gravel pit out back (access through the farm and along the public footpath past the dung heap). We watched it for about an hour from 300 yds range through scopes while it happily fed amongst the weedy turf picking up insects hither and thither. Also noted 200 Lapwings, 200 Golden Plovers, 10 Dunlins, 10 Curlews, three Ruffs, Ringed Plover and Little Stint, plus the usual feral geese and ducks on the front lakes. 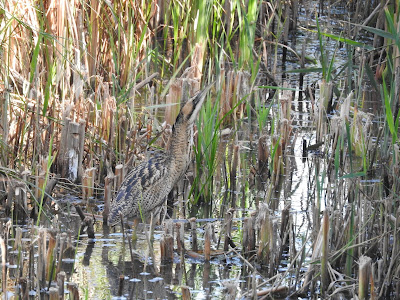 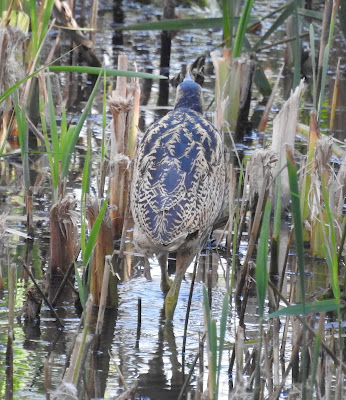 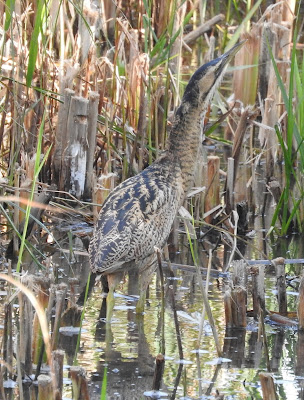 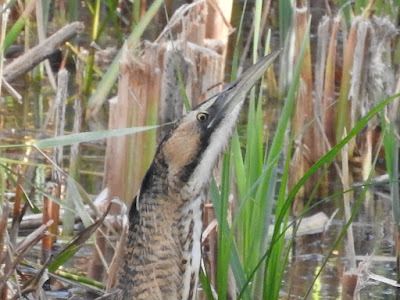 Bittern - the master of camouflage 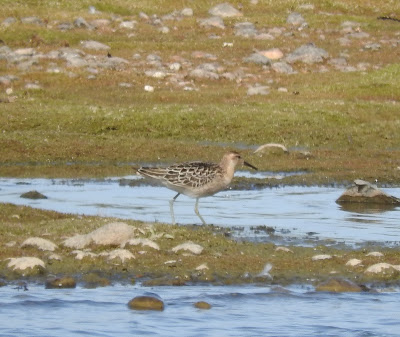 ARC - Called in at Hanson hide on the way home where a Bittern showed well in the near reedbed. Although they are regularly noted across Dungeness wetlands it is a bird I never tire of watching, particularly when it`s as close as this one - the day I ignore a Bittern is the day I`ll hang up my bins and take up stamp collecting!
On the islands, 100 Lapwings, 40 Golden Plovers, 10 Dunlins, five Barwits, two Ruffs and two Snipe, plus a pair of Egyptian Geese with four small goslings, 20 Shelducks, two Garganeys and two Great White Egrets.
Posted by Paul Trodd at 09:20