Lade - cool and cloudy, sw 3 - Saturday - Working around the garden yesterday butterflies seemed to be everywhere when the sun briefly broke through the cloud cover. Mostly it was Painted Ladies on the buddleia and basking on shingle, but also a number of Small Whites, Red Admirals and Holly Blues.
An evening visit to the bay at low tide resulted in a decent number of waders feeding close to shore comprising at least 100 Dunlins, 20 Ringed Plovers and 15 Knots, most of the latter being  juveniles. There was no change to the wildfowl and grebe numbers on south lake. 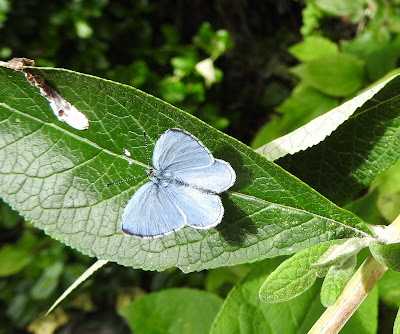 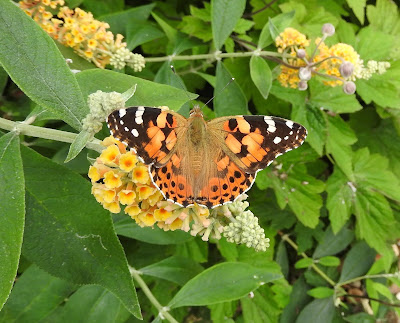 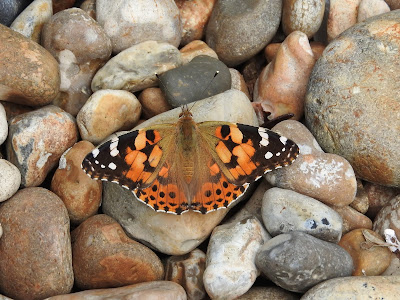 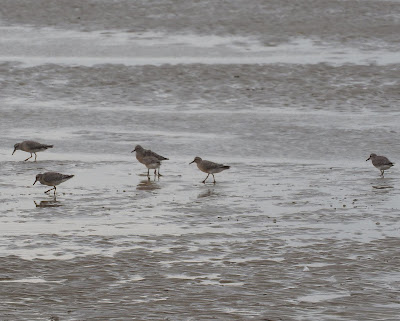 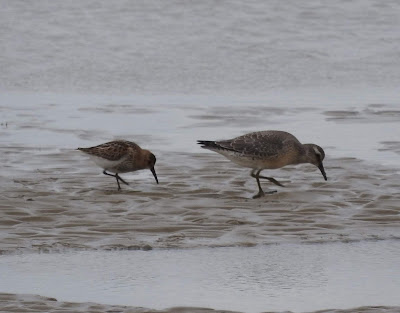 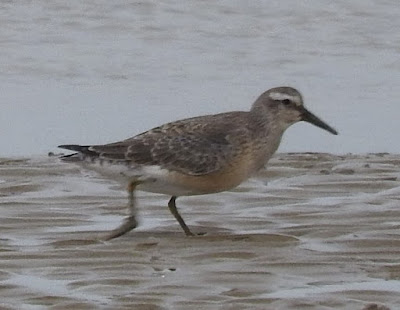 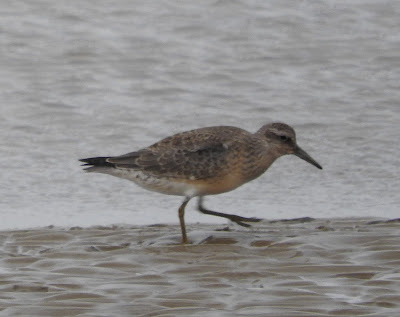 Sunday - We kicked off at Scotney first thing before the wind got going. On the front fields hundreds of gulls, ducks and feral geese comprised an impressive bulk of biomass along with Cormorants, several Grey Herons and Little Egrets. Closer inspection around the margins and on the wet fields revealed 10 Common and one Green Sandpiper, 10 Curlews, five Redshanks, five Ringed Plovers and a Dunlin, plus several grounded Yellow Wagtails and Wheatears. Outback more of the same, plus Common Buzzard, Marsh Harrier, Little Owl, Corn Bunting, Linnet, Skylark, Mipit and Tree Sparrow.
At Dengemarsh, from Springfield bridge, hundreds of Sand Martins swarmed over the wetlands while three Common Buzzards flew west and two Great White Egrets noted. On ARC from the two hides several Garganey, Wigeon, Wood and Common Sandpipers, Ruffs, Greenshank, Snipe, LRP and two Little Gulls amongst plenty of common wildfowl and Common Terns. Willow Warblers, Common and Lesser Whitethroats in the bushes down to the pines. On Burrowes more Common Sandpipers and Dunlins, the usual Common Terns, two Black Terns, Marsh Harrier, Sparrowhawk and Common Buzzard. An Osprey went through the reserve at around 1040hrs (ROR) and back towards Lade during the afternoon.
Posted by Paul Trodd at 08:59