Lade - cool, cloudy, rain at times, sw 3 - A weather front sweeping in off the Atlantic made for yet another wet morning. The main centre of attention on the local patch was a large mixed flock of tits and warblers in the shelter of the ponds. Comprising mainly Willow Warblers, but also several Common Whitethroats, Blackcaps, Sedge, Reed and Cetti`s Warblers, a couple of stunning Lesser Whitethroats and a Garden Warbler, a bird I rarely see here. The tits were mostly Blue and Long-tailed with one or two Great Tits. At least 10 Little Egrets were around the lakeside margins. 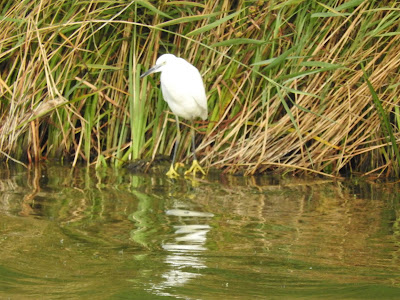 One of 10 Little Egrets around the Willow Swamp 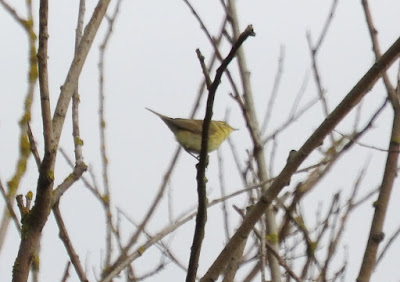 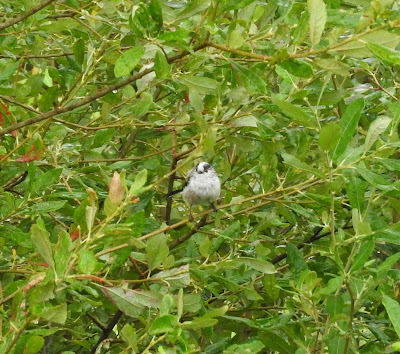 Willow Warbler and Long-tailed Tit by the ponds


Dungeness - On Burrowes this morning a nice collection of Ringed and Little Ringed Plovers, Dunlins and Common Sandpipers amongst the usual Common Terns and Black-headed Gulls in front of Firth hide, where also another mixed warbler and tit flock akin to one earlier. Also two Black Terns over the lake along with hundreds of Sand Martins and a few Swifts in the rain.
From Hanson hide Ruff, Little Ringed Plover, Wood Sandpiper, two Little Gulls that came and went and all the usual wildfowl including at least two Garganeys.
Other news concerned a superb Sabines` Gull off Dungeness (MC) this afternoon (whilst I was in Folkestone!).
Posted by Paul Trodd at 13:05