Dungeness - cool, dry and sunny, nw 2 - At last, a largely wind-free day with sunshine which enticed plenty of birders into the field on the last day before the November Lockdown that starts tomorrow (the Dungeness Estate will remain open throughout, although visitor numbers will be monitored). At least ten Black Redstarts were scattered around the old lighthouse and along the power station wall, including several cracking adult males. Also noted a few Chaffinches, Goldfinches, Linnets, Meadow Pipits, Chiffchaff, Grey Wagtail and Brambling. The Obs staff were busy processing trapped birds where the two races of Redpolls were seen in the hand. Across the Desert and Trapping Area there were few grounded migrants apart from several Blackbirds, Robins and Stonechats, plus Kestrel and Green Woodpecker. 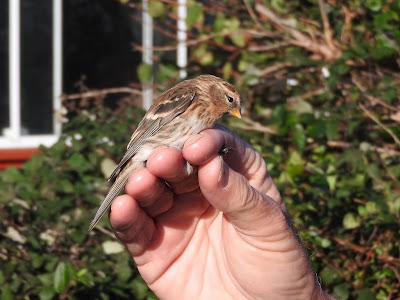 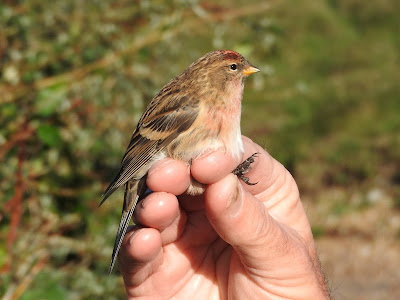 A late morning check of Lade south delivered the usual wildfowl, Coots, grebes and gulls, while the Curlew flock came in off the bay to roost at high tide comprising c200 birds. A check of the bay on the falling tide revealed plenty of Grey Plovers and Knots, plus two Brent Geese.