Lade - warm, dry and sunny, light airs - Yesterday evening I received a call from Gary J, one of the local birders who regularly watches Lade, telling of a smallish heron that he`d found running around the margins of the large island in front of the bridge. I visited this morning and soon relocated what was a juvenile Night Heron flying over the willow swamp and briefly settling atop the willow scrub (affording a couple of records shots) before dropping down into the reeds and out of sight. By late morning it had settled low down in a willow across from the large pond where it showed, off and on, from the causeway; at times it was spooked by nearby Grey Herons and Little Egrets causing it to flap out into the open. This is only my second Night Heron on the local patch, but others have been reported down the years in what is classic habitat for this scarce and mainly nocturnal heron. 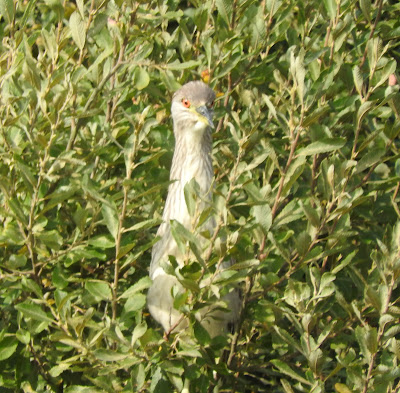 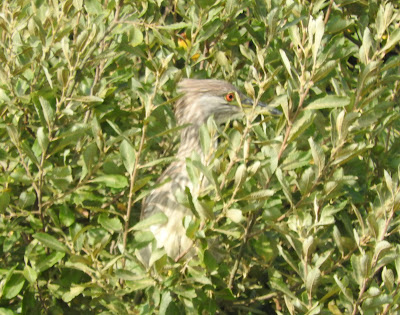 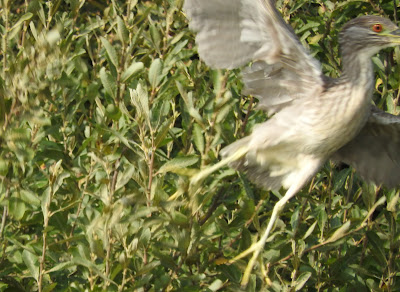 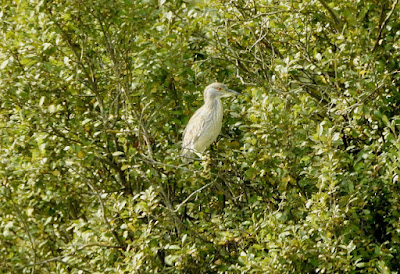 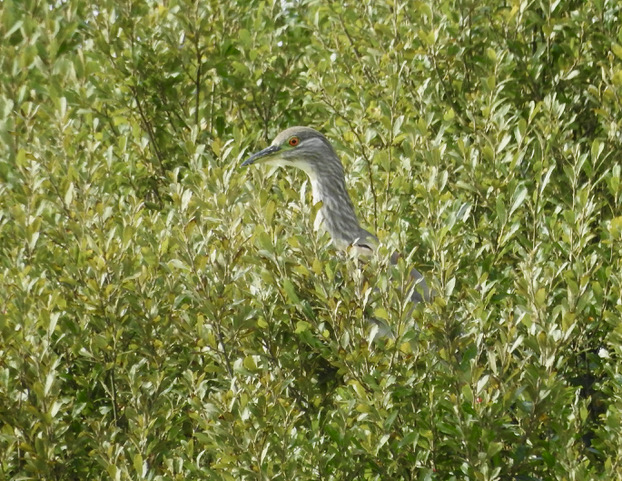 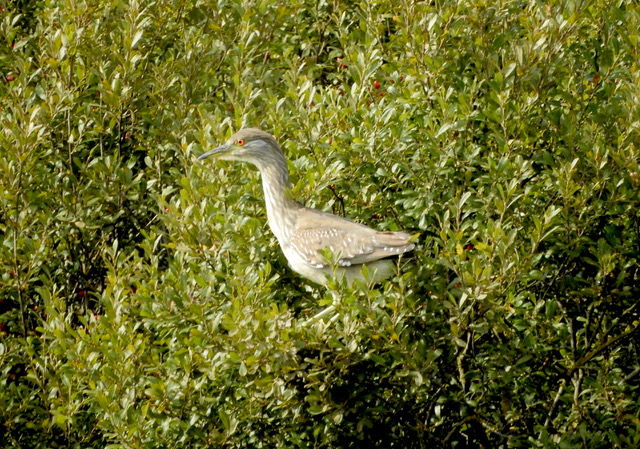 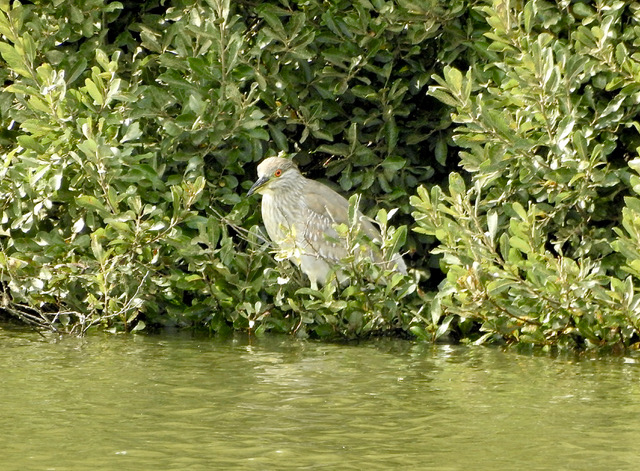 South lake was alive with Great Crested Grebes, Mallards and Shovelers with many Cormorants on the islands, plus a Grey and Ringed Plover. Thanks to David Scott for sending through his pics of the Night Heron.