Lade - cool, dry and sunny, SW2 - Superb session on the local patch this morning commenced with an odd looking duck roosting on one of the two main islands on south lake. Eventually it awoke, shook itself down and slipped onto the water where it morphed into a smart drake Long-tailed Duck moulting out of breeding plumage, but still retaining a tail-pin and a pinkish-yellow band on the bill. It appeared to be exhausted at first, although did take a couple of short flights over the water towards the wall `mirror` where it spent some time diving and hopefully feeding on the abundant fish population in these pits. Whilst watching the duck two Bearded Tits (rare here) `pinged` from a small reedbed on the eastern shore and flew along to the next reedbed. From the main track a Ring Ouzel flushed from cover was the first of autumn as it called and rocketed over towards the airfield. Also noted, a Wheatear on the Desert, two Greenshanks on the far islands, a Great White Egret and at least 20 Chiffchaffs in the willows by the ponds. Thanks to David Scott for sending through his pics of the Long-tailed Duck. 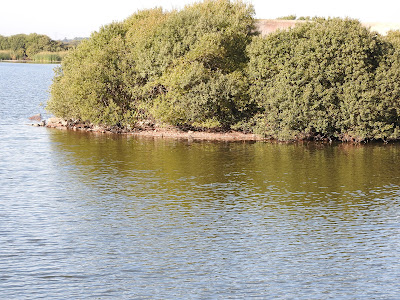 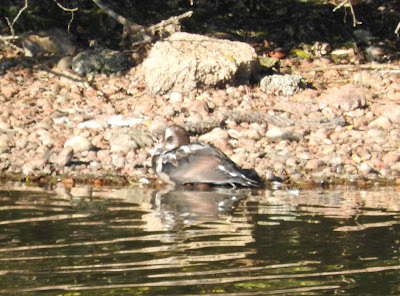 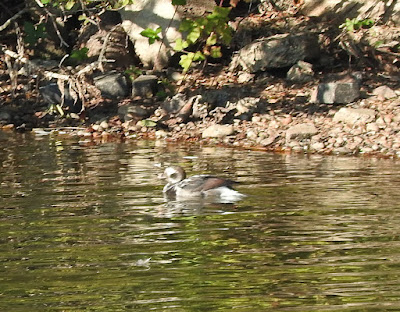 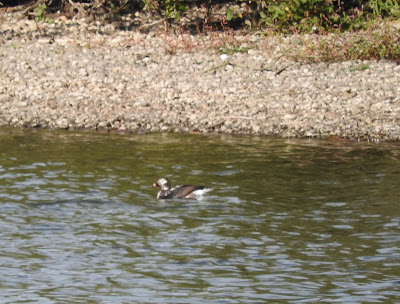 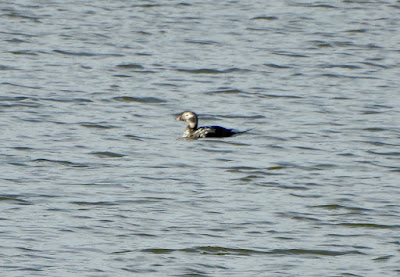 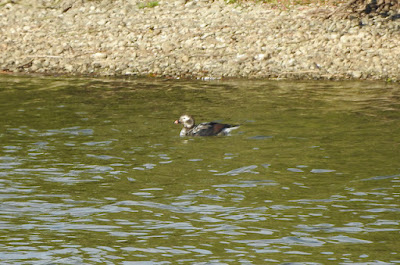 Long-tailed Duck by David Scott
Posted by Paul Trodd at 10:06