Lade - mild, cloudy, light airs - Any attempt to go birding past mid-morning yesterday was rendered largely pointless by a fast-moving weather front that moved up-Channel delivering gale force winds and heavy rain well into the evening. I spent most of the afternoon worrying about whether our new roof was going to hold up to the tempest (which I`m pleased to say it did) but when I did venture into the garden to lash down a fence panel noticed a bedraggled Goldcrest hiding behind a flower pot!
However, the wind eased this morning affording a circuit of the local patch in calmer conditions, and there were one or two bits and pieces of interest to be fair. A dribble of overhead passage included the usual suspects of Goldfinch, Chaffinch, Linnet, Mipit and Skylark, plus two Redpolls and a Brambling. On the ground a scattering of Reed Buntings, Blackbirds, Robins, Wrens and Dunnocks with two Chiffchaffs and a Blackcap by the ponds and a Dartford Warbler by the badger sett. Surprise of the morning went to two Bearded Tits that `exploded` from a reedbed alongside north lake and were only my third record here. On south lake, two Goldeneyes and a Great White Egret, Marsh Harrier and Kestrel out back, plus squealing Water Rails from what seemed like every patch of reeds. 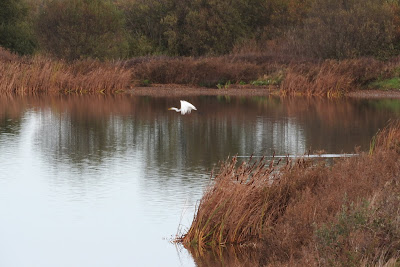 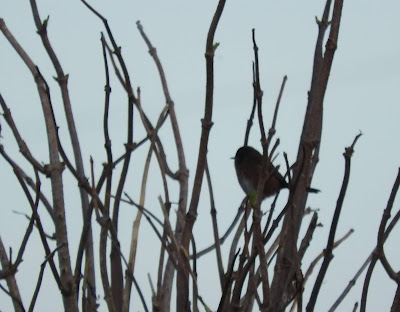 Elsewhere today the Shore Lark was again reported near the fishing boat puddles, a Short-eared Owl was in the Kerton Road triangle, while Pomarine Skua and Velvet Scoter were logged past the point by the seawatchers.
Posted by Paul Trodd at 08:19