Dungeness - mild, cloudy, showery, sw 4 - Another day of dire, wet and windy weather with a big sea running before a high spring tide this morning, between the two hides; as fast as the machines were shoring up the bund the crashing wave action swept away great swathes of shingle, particularly in front of the Patch hide.
Don't often see such large ships close to shore, but the Hopper dredger Spauwer clipped the point around mid-morning. 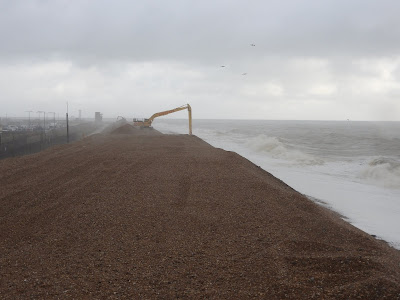 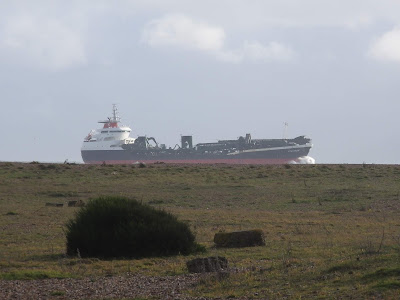 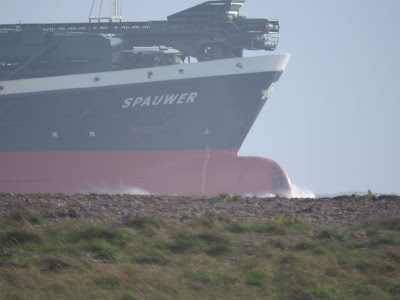 Birdwise it was quiet with just a few Kittiwakes offshore and further out a trickle of Gannets. We then moved to the fishing boats and joined MC for a while where more of the same were noted, plus several Red-throated Divers and Guillemots. Also, a brown Merlin flashed over the sea, having scattered a flock of roosting gulls, while a manky, Magpie foraged along the tideline looking for all the world as though it had just emerged from a bucket of oil! Its eyes were a right old mess, but it appeared to be feeding okay and could just about fly; although not, I suspect, well enough to evade a hungry Peregrine. 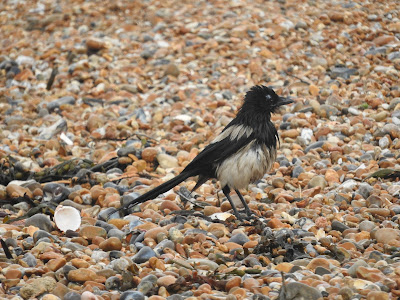 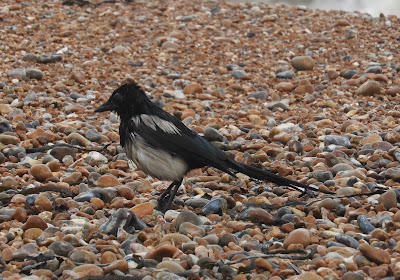 En-route to Lydd and the three Cattle Egrets were in the horse field by the bungalow. A check of Lade pits this afternoon revealed no change to the regular wildfowl.
Posted by Paul Trodd at 10:56