Lade - mild, dry and sunny, light airs - A fine winters day to be out and about around the peninsula. We kicked off on the local patch where several Chiffchaffs and Goldcrests were by the ponds and two Mediterranean Gulls amongst a large flock of gulls on north lake. All the usual grebes and wildfowl across both waters, plus Marsh Harrier, Kestrel and a mixed flock of Curlews and Lapwings over the airport fields. 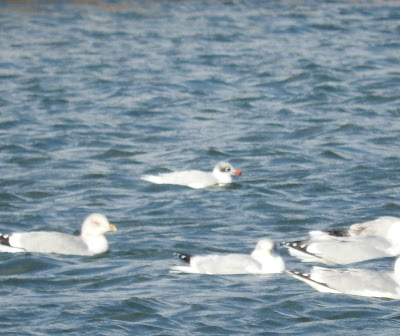 Moving onto the bird reserve where Burrowes was stacked out with enormous numbers of common wildfowl, chiefly Shoveler, Wigeon and Teal, hundreds of gulls and Lapwings and at least 3,000 Cormorants. Also in the mix 10 Pintails, five Golden Plovers, two Redshanks and a Red-throated Diver, plus several Marsh Harriers, Raven and Peregrine over. More Chiffchaffs were in the bushes and a Brambling on the car park feeders. On Boulderwall fields, two Cattle and one Great White Egret, plus a single Goldeneye on ARC. 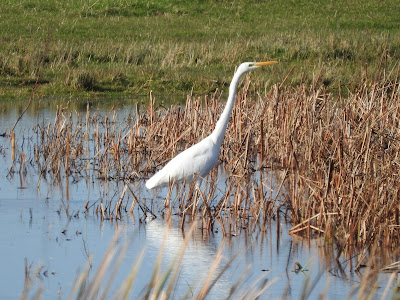 An afternoon visit to Scotney yielded the usual feral geese, 100 Wigeon, 100 Lapwings, 500 Starlings, five Ruffs and two Redshanks. The Little Owl was in its favoured bush by the watch tower from the range road, while two Brent Geese had joined the Mute Swan flock in the stubble field by the dung heap along Dengemarsh Road. A ringtail Hen Harrier was also reported today between Cockles and Springfield bridges.
Posted by Paul Trodd at 08:34