Lade - cold, hazy, cloudy, e 2 - 0730hrs - A grim start to the day weather wise was considerably enlivened by the seasons` first influx of Mediterranean Gulls. Both lakes had one or two  `yowing` loudly amongst the Black-heads with further birds on the beach and over the cottage through the day. All were smart adults in breeding plumage and a very welcome sight they were too.
The foreshore boded well with `short` tides just the right height to entice a good few waders to stay put at a decent range. A mixed pack of Knots, Dunlins, Sanderlings and Redshanks proved the mainstay along with a straggle of Oystercatchers and several Ringed Plovers. 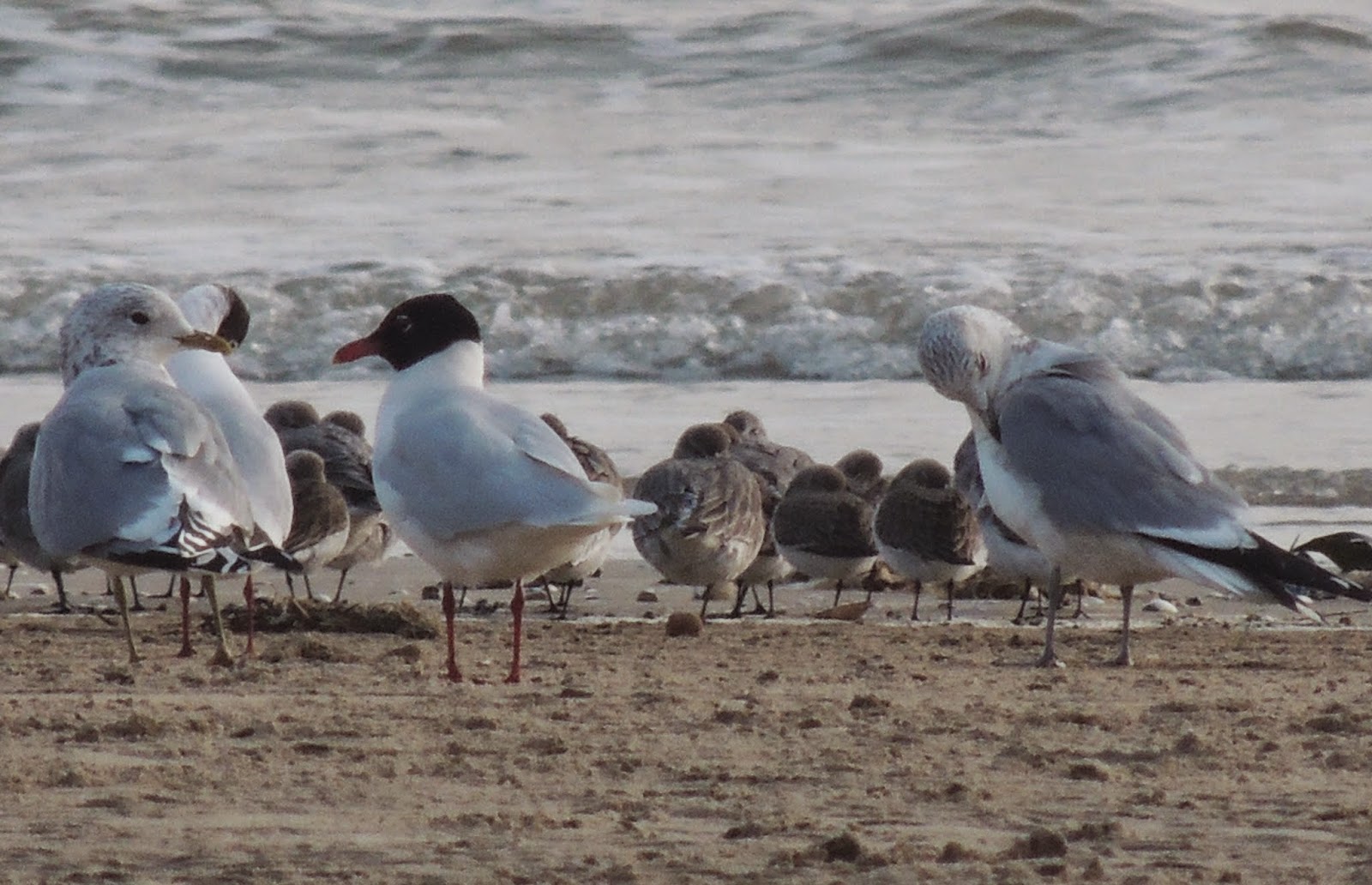 We ventured over the back this afternoon in hazy sunshine just to check whether any migrants had dropped in, but the best we could muster was couple of Stonechats, a Skylark and a few Linnets, plus a Buzzard drifting down the coast that set off the local Herring Gulls.
ps: The first Little Ringed Plover of the year was reported this afternoon, on the hayfields at the bird reserve (SB).
Posted by Paul Trodd at 08:56